Be very, very careful what you wish for when incumbent government grows so unpopular as to provoke public frustration and angst such to legitimise rebound approval of the incumbent opposition party.

But such an electoral outcome could well mean leaping from an annoying frying pan into an inferno of irreversible socio-cultural destruction.

Major’s legacy is that proved to become “the great disappointment to Thatcher”, but he was not helped by the Conservative Party’s repeated slease scandals that reinforced the undermining of public trust.

Tony Blair stormed to power in 1997 and lasted a decade till 2007, implementing his socialist ‘Third Way’ manifesto of free market economic globalism, and tacit economic growth through mass immigration from the Slave Third World.

Blair and his Labor Party sold Britain to mass African immigration and now the country is ethnically divided, welfare dependent and stuffed.  Tens of thousands of traditional Brits in desperation and disgust, have since abandoned their home British soil and self-imposed emigration to the more akin Australia, New Zealand and Canada.

Blair’s personally and internally invited Muslim Invasion (1997-2007+) to Britain and has been as destructive to British Society as the Viking Invasion (793) and the Norman Conquest of 1066.  Statistics confirm.

Blair’s head in Henry’s time would now be quite separate from vitality, and no less well received falling in a bucket in public.

Since Blair, a gazillion Muslim immigrants from the Middle East and Africa have overrun Britain and continue to over-breed the British ten-fold, just like tribal traditions demand annual Western aid.

Muslim migration is Muslim expansionism. Muslims in Britain have no interest in being British or Westernising or assimilating to British society.  They reject the civil guest presumption of ‘When in Rome, do as the Romans do’.   Invasion is presumption of Islam.

These gazillion Muslim immigrants and their anchor baby kids who openly support Islamic terrorism and extremism (not to mention, a number of them participating in terrorist plots against Britain).

Muslim barbarians are increasingly establishing themselves in swelling enclaves across civilised Britain.  Upon arrival they have by cause set forth to mass-breed and suck up social welfare resources, otherwise intended for indigenous Brits.  Muslims have become Britain’s socio-cultural cancer deliberately transmitted by Tony Blair’s ‘Third Way’ incontrolled for ten years.  Free for all Muslim and Slave Third World immigration invasion of the Britons has been since facilitated by British Labour’s Gordon Brown and British Conservatives’ David Cameron ever since. 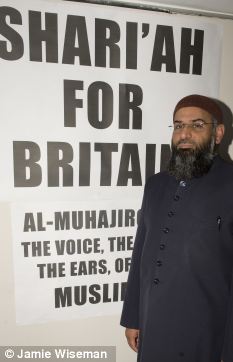 Who the fuck needs Islam outside a dead lifeless desert, let alone in civilised Western society? 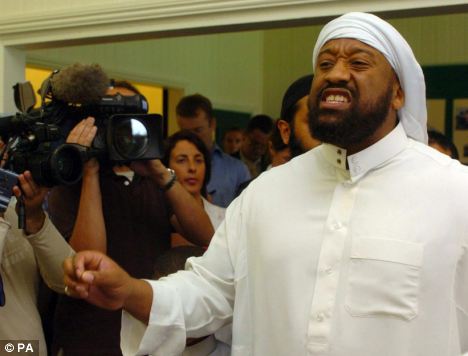