A young Australian nationalist wrote a short piece which went on the party’s Victorian Facebook page. The item addressed the China politics being played out on our soil:

China Politics comes to the streets of Melbourne

‘The matter of the Hong Kong protests has drawn out Chinese demonstrators in Melbourne. Clashes have occurred between those loyal to the Motherland and its vision of ‘One China’ and those loyal to the free market liberal idea. Neither fraction has any particular interest in Australia other than as a place to ‘live’ and perhaps work – but in ways to assist their respective ideas of China’s future. Whether Australia is subjected to the rising superpower or enmeshed in a free trade zone run by Chinese capitalists, the story for Australia would be the same.

We have little doubt that the Motherlanders will win out and this group is the one most prepared to act to extend the reach of Chinese superpower imperialism. This fraction will have the greater influence over Australian politics.

Not much multiculti daydreaming in these protests.  But we are not surprised!’

This confrontation in Australian streets has served as enlightenment!  Yet, it would appear that, after many years of public education by patriotic and nationalist people, and the advent of certain international crises and economic problems, have at last moved the matter of Chinese interference in Australian politics into a mass question.

For example, Professor Clive Hamilton pointed out that the involvement of Chinese students in ‘student politics’ had brought them to power over Student Union assets and resources at many major universities, this ‘progress’ all facilitated by leftist and Green groups who don’t see what is occurring. This observation generated a media storm.  In another case, wide public debate was triggered over remarks by Australian strategic studies and military studies experts as to the future of Australia in an era that may see superpower warfare. Some heretical figures among them pointed out that Australian security was not ‘guarded’ by one of these superpowers against the other, crudely that: “the US superpower had interests well contrary to Australian interests, that it could just as easily solve its problems with the Chinese superpower by trading off Australia for its security.”

For Australian nationalists, the point of our politics is, as ever, Australia First.

So, by thinking of our country first, could Australia really take independence in this new and challenging era and might Armed Neutrality be the way to get it?

Over the many decades as a nationalist writer, I have used these phrases of independence and neutrality continually and in the relevant circumstances of the times.  At a Sydney meeting in September to commemorate the year since the death of nationalist author Alex Norwick, I will talk on the contributions of several nationalists over time to the very proposition of an independent and neutral Australia.

Indeed, the slogans ‘Independence For Australia!’  and ‘Armed Neutrality For Australia!’ have a power now to mobilize a new generation of Australians to act while there is still time. 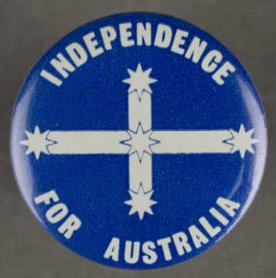 As events rolls on Australia First Party will make the slogans of ‘Independence For Australia’ and ‘Armed Neutrality For Australia’ into mass slogans that will appear across the country, from the walls of derelict structures to posts and poles, from leaflets and papers in places as diverse as workplaces and military barracks to banners at public events, from election campaigns to chats in pubs and clubs. As nationalists, we cannot allow our country to be a pawn in the war of superpowers or a flunky of one or the other.

The following article of August 17 in 2019 by the ABC reveals the depth of Chinese interference in Australia.  It is unauthored, that is the identity of the journalist is not disclosed – typically unprofessional and slack blogging by the ABC to journalism theses days.  So we’ll just attribute it to the ABC’s latest boss. 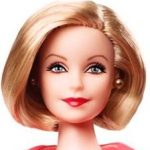 ‘Chinese Government-controlled media has publicly congratulated pro-Beijing protesters who gathered in Melbourne on Friday, while the nation’s ambassador to Australia has warned foreigners not to support pro-democracy activists.  An estimated 600 people from rival pro-Hong Kong democracy and pro-China groups took part in demonstrations outside the State Library of Victoria in Melbourne.

Several scuffles broke out, forcing police to separate the groups. Footage of Friday night’s protests quickly spread on Chinese state media, where reports were favourable of the pro-China protesters who they said surrounded the pro-democracy demonstrators.

“Melbourne’s Chinese students and Chinese immigrants spontaneously came and hung the national flag, supported the motherland and surrounded the pro HK independence people,” one report said.  “In order to prevent the national flag from getting wet, the patriots held umbrellas for the national flag in the rain. There are Chinese flag guards everywhere. Good job!” 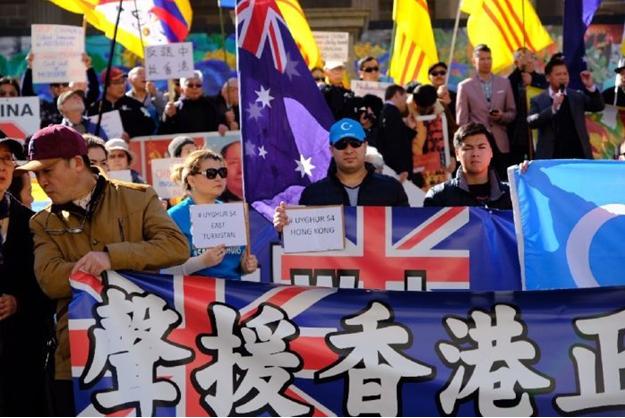 At the time of publication, the post had been “liked” more than 1.1 million times and shared almost 100,000 times.

China’s ambassador to Australia, Cheng Jingye, issued a statement on Saturday morning, as further rallies were taking place in Sydney and Melbourne.   He denounced the Hong Kong protesters’ actions as “radical, violent and illegal” and said they were determined to undermine its “one country, two systems” arrangement.  (Try “one world, one Xi Dynasty”). 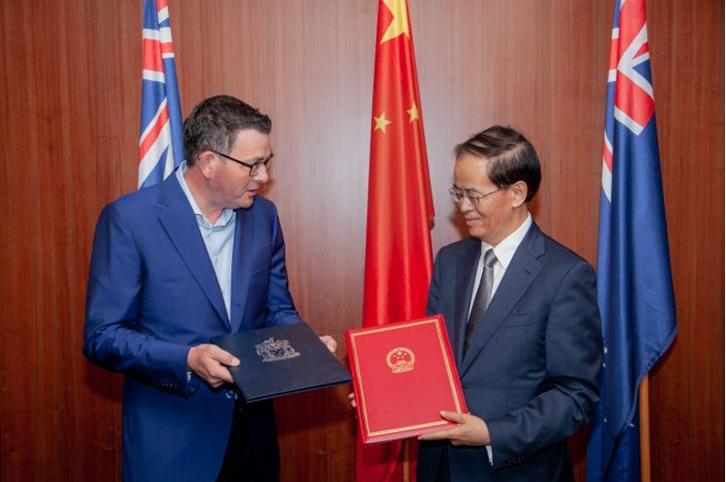 Chinese Ambassador Cheng Jingye – we think it’s the bloke on the right, but it could just as easily be the one swapping Aussie true blue policy for commo red

Cheng Jingye edict:  “Their behaviours have grossly trampled on the rule of law and social order in Hong Kong, seriously threatened the local residents’ life and safety, severely jeopardised Hong Kong’s prosperity and stability.  No responsible government would sit idly by.”  He added that the unfolding situation was “solely the internal affairs of China” and warned foreign governments, including Australia’s, to not support Hong Kong’s protesters or interfere.  “We sincerely hope that people from all walks of life in Australia will see the real picture of situation in Hong Kong, act in the interests of Hong Kong’s prosperity, stability and rule of law.  Any attempt to mess up Hong Kong is doomed to fail.” 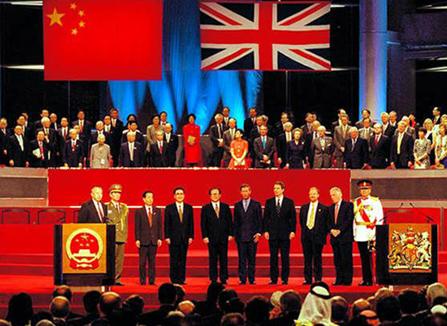 The rallies continued on Saturday, with more than 1,000 pro-Beijing activists peacefully marching through Sydney’s CBD to rally against the Hong Kong protests.  The pro-mainland supporters gathered at about noon at Belmore Park, near Central Station (Sydney).  One pro-Hong Kong demonstrator who turned up was escorted away by police.  Demonstrators with flags and banners in English and Mandarin were chanting “one China, no separation” and “one country, two systems”. Police escorted the demonstrators up George Street and onto Town Hall where speeches and singing continued. 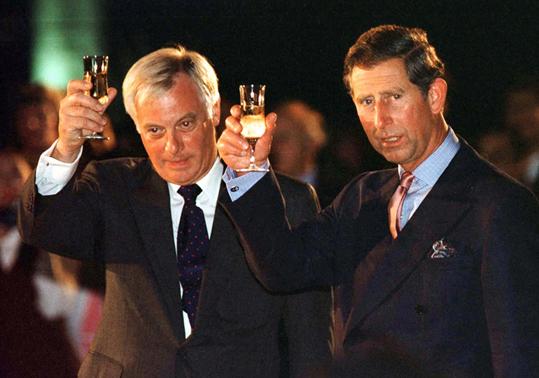 ‘Mafeking not relieved‘:  The last Hong Kong Governor Chris Patten (left) and Britain’s Prince Charles toast the Queen during the Beating of the Retreat at Government House in Hong Kong June 28, 1997. The British colony reverted to Chinese rule on June 30.

In Melbourne, pro-democracy demonstrators were joined by more than 100 members of Melbourne’s Uyghur, Tibetan and Vietnamese communities, among others, who came to show their concern about the situation in Hong Kong.  Organiser Phong Nguyen said he hoped Melburnians would be “appalled” by the behaviour of pro-China protesters who clashed with the pro-Hong Kong democracy activists on Friday night.

“We [are] very concerned about what China’s threatening lately, about the crackdown,” he said.  “We [have] still got a very vivid memory of the Tiananmen Square. We don’t want another Tiananmen Square.” 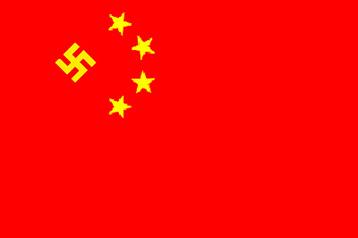 Wishful thinking: Thatcher’s 1997 “one country, two systems” surrender of Hong Kong to the Middle Kingdom was Confucius hoodwink from outset

Vietnamese community leader Bon Nguyen said many of the people joining the protest were “victims of the communist regime”.

Bon Nguyen:   “We come together strongly to show our support, to protect our Australian democratic values. It is our responsibility to do that.  The moment we keep silent, we are actually concurring to the actions of the aggressive regime.” ‘ 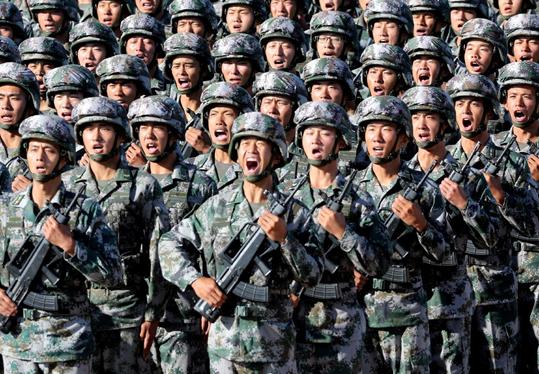 “What a we want?”…”World domination!”