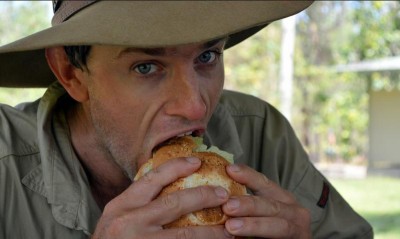 Good Aussie Tucker has been more and more sidelined by the spicy foreign stuff.

It dates to Whitlam’s 1970s obsession for everything foreign.  But at what price to us, generations on?

In Australia’s infected ethnic urban, cases of salmonella poison­ing have risen to the highest levels in years.

The Indian curry or Asian chilli may taste good at the time, but around the corner you’d wish you’d safely stuck to known decent good Aussie food.  There’s plenty of choice these days for a range of diets, without having to risk to the foreign dodgy ingredients.

Those choosing to risk the Vindaloo can only be in rectal denial, just like ye classic curried-egg sandwich combo intended to intoxicate a polite buffet lunch delegation.

Across Sydney, the New South Wales Health’s OzFoodNet report for 2015 has revealed salmonella poisoning is up 32 per cent on the five-year average. Some 4317 Sydneysiders have been struck down with foreign poo’d food in 2014.

Kebabs, Viet­namese rolls, noodles and rice in warm water bain-maries are the main culprits.  Shit food perpetuates shit.  Ever visited a takeaway, when, as you walk in off the street, the old geyser gets up, turns on the bain-marie heat-light, tosses over hours dried ‘fried lice‘ to pretend it’s all fresh?

Best exit and run a mile! 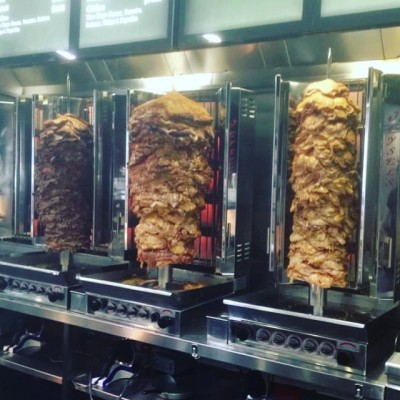 In response to this takeaway pandemic, pleas from inner Sydney hospitals and from the Heart Foundation, the government has been forced to act.  In an effort to curb Sydney’s food poisoning and binge obesity problem, halal kebabs can now only be served to anyone who is already in line before the 10 o’clock curfew.

For far too long certain parts of the city have been no-go areas for anyone wanting to avoid barbecue sauce stains, secondary acne and garlic breath.

And the new laws have been welcomed by ER doctors at inner city hospitals.

“The casualty department was like a war zone late on a Friday and Saturday night,” said St Vincent’s Hospital surgeon Angus Suture. “We’ve seen a 90% fall in heart attacks, food poisoning and people choking on gristly bits of lamb since the new laws came in.”

“The streets around here are a filthy mess of discarded tomato slices, spilled cheese and smears of hummus,” said Newtown resident Nerolie Opshop. “It’s totally ineffective in stopping obesity, because packs of guys just pre-load on falafel before they go out.

“Everyone knows that no matter how much food you’ve eaten earlier in the night, as soon as you roll out of a venue and spot the lights of a kebab shop, you get an overpowering urge to stuff your face again.”

Health Protection NSW’s Dr Jeremy McAoulty said careless cooking and people failing to wash their left hand after doing a crap are behind much of the increase.

“The long-term trend has been an increase in salmonella, he said. “There is no smoking gun to explain the reason. It could bean any number of things.

“The highest rates of sal­monella are in the summer months when it is warmer and people are failing to refrigerate their food properly.  Many from the desert had never seen a fridge before offloading at Mascot or Tulla.

“Again. That is a warning for Aussies visiting the inner city big smoke (Sydney or Melbourne) for a good night out to take extra care.

Bowel cancer amongst Aussies is on the rise. Western guts have no resistance to Third World infected foods. Dumpster lefties try in on but suffer the consequences.

Promotion of better food handling and hygiene is key.  Only problem seems to be that the campaign is in English.

The report has also revealed that Sydney’s Randwick and Camperdown have become the cryptosporidi­osis capitaIs of the state. This diarrhoeal disease is caused by faecal contact and is passed via hand contact – typically in certain cultures the left hand for obvious reasons.

Contaminated drinking water and swimming water are the other main causes with food the carrier in rare cases.  So we are particularly concerned about Australia’s Olympic Swimming Team slogging it through floaters and septic outflow at the up coming Olympic Games in Rio de Janeiro.  Don’t go! Gold through death by faecal ingestion is not a pleasant way to go. Australian swimmers should make a stand and boycott Faecal Rio. To be forced to swim through shit is an IOC disgrace!

Last January 2014 in Sydney, food authorities were forced to close down a Sydney kebab shop after five cases of people contracting the ‘shiga toxin­’ producing deadly Escherichia Coli infection.  Beyond vomiting, diarrhoea, heart palpitations and dry reaching, most lost 2 kilos and used up all their sick leave.

“The business was closed until … proper handling and cooking of shaved rotisserie meat, ensuring meat handling utensils are not a source of cross-contamination risk and are routinely cleaned and sanitized, ensuring adequate temperature controls are in place,” the report said.

When in doubt, Aussies concerned with their health could do worse than relying on trusted Aussie cuisines: