It is time Australia’s Immigration Department paid the costs of the cleansing of the scum it lets in.   Australia’s Immigration allows in the scum of the Slave Third World, so it should pay for mainly New South Wales and Victorian state police’s costs in tackling imported Arab and Asian crime, paying for gaols in NSW and Victoria overflowing with arabs and asians, and paying the court costs in processing these vermin.

Slavery in Australia is yet another foreign Slave Third World culture illegally imported into Australia that NSW and Victorian states have had to deal with.

Australia’s Immigration Department continues to approve entry to thousands of foreign students who are made to work for nothing – forced into “economic slavery” by foreign run businesses exploiting known loopholes in immigration and education laws.

The slavery scam was incubated under John Howard’s Liberals in 2005 when vocational students were required to do 900 hours work experience, with no requirement they be paid.  Labor turned a blind eye to encourage immigration and under Rudd-Gillard Labor,  foreign student backdoor immigration flourished.

..Come to Australia, pay your cash to a scam migration agent and upfront education fees to desperately underfunded Australian institution, get your diploma in meter reading and you get Australian residency! 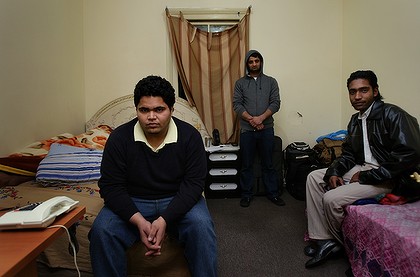 But hats off to the announcement yesterday by Australian mining magnate Andrew Forrest of his Global Freedom Network initiative at the Vatican with Pope Francis, to lead an anti-slavery crusade globally.

This Global Freedom Network aims to eradicate slavery by encouraging governments businesses, educational and faith institutions to rid their supply chains of slave labour, including those forced to work as maids, prostitutes, child soldiers and manual labourers.  The initiative is the brainchild of Forrest, who founded the Walk Free Foundation in 2012 to mobilise a grass-roots movement to end slavery.

Five years ago his daughter Grace, aged 15, volunteered at an orphanage in Nepal – but then found out that all the children she had been looking after had been ”groomed” for sex work.  The terrified screams of a traumatised sex-trafficked teenager, witnessed by an Australian billionaire, have led to a history-making alliance between three of the world’s major religions to end slavery.  ” The horror and revulsion and the terror on her little face will be stuck with [my wife] Nicola and I forever,” Forrest said. 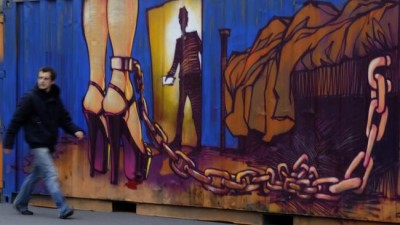 The Global Freedom Network aims to free the world’s estimated 30 million slaves, and has set itself specific, ambitious targets to achieve this.

The network’s aims include:

Australia’s politicians don’t even begin to come close to such a noble and vituous cause.

Slavery exists when a person does not have free control of movement, or is subject to cruel treatment and abuse, control of sexuality, and forced labour.

Slavery occurs illegally in Australia, by ethnics such as indians, arabs and asians, who traffic and exploit their own nationals through forced prostitution, forced labour, avoiding the minimum wage, and restricting their freedom.

But slavery perpetrators are ignored by Australian Immigration for state police to deal with.

Immigration let in the scum, so Immigration not the states should foot the bill for incompetence.  The thousands let in under Rudd-Gillard need to be deducted from the Labor Party’s bank balance and from Labor’s parliamentary pensions in Canberra.

Slave Third World ethnics and their backward cultures are wholly behind any slavery in Australia.    So why should Australian taxpayers be forced to see their hard earn taxes pay for foreign scum that should not have been allowed entry into our dignified country in the first place?

Green Labor’s legacy immigration ministers from 2007-2013, Chris Evans then Chris Bowen,  were treacherous for letting in the scum by the hordes, student backdoor and otherwise. 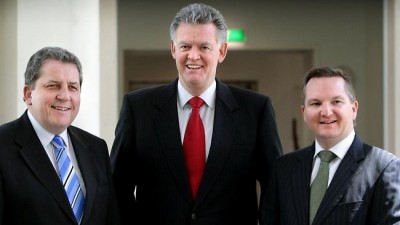 Do not employ, train, purchase from, trade with, support, loan to, share, trust, fraternise with known economic illegals who are publicised by Greens Labor as  ‘asylum seekers‘.