Funding instead went to Rann self marketing.   Rann’s Strategic Plan was bold, economic, distant and dependant on Federal welfare from Canberra.  Nothing happened.

Then a pretty Randall Ashbourne appeared on married Rann’s scene like a Monica Lewinsky.  Rann leadership respect shot to pieces moreso in Labor’s female strong caucus than with voters.  Liberals and the media ripped into the dishonesty.

The people eventually tired of Rann’s spin and falseness and he started getting desperate. The people wanted restoration of honesty and keeping promises about government advertising and good governance.

Rann’s satisfaction with voters went into free-fall, dropping to 45 per cent.  By July 2011, Labor’s faceless factions had formally decided to replace Rann with Jay Weatherill as party leader, so Rann went.

The “Labor state” was no more.

Left-aligned Weatherill sent a message to South Australians that he was spin of social promise, but showed he was an economic light weight.

South Australia’s has record debt and deficit, with unfunded superannuation liability topping $10 billion.  Labor has failed year-on-year to meet its own fiscal targets, and just like Rudd and Gillard, forecast surpluses have resulted in deficits.  Unemployment throughout South Australia has reached 14-year highs.  Youth unemployment in Adelaide’s northern suburbs is recognised as one of the nation’s unemployment crisis areas.

Ignoring economics always fails incumbent governments when voters vote.  The pendulum of the Labor-Liberal oligarchy endures at the expense of ordinary Australians. 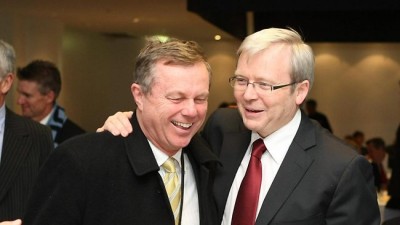