Over the last two weeks, a number of One Nation members have taken interest in Australia First and made information and membership enquiries. After Pauline Hanson’s condemnation of Senator Anning’s immigration speech and her comments on ABC’s QandA propaganda show against the notion of our country’s European identity?   Well, it was inevitable.

The abandonment of participation in the Victorian election by One Nation is also curious and has driven a spate of resignations, including at least one high-profile one.

Australia First Party would urge those One Nation members who joined on the basis that it was a type of ‘nationalist party’ to make the switch.

Indeed, we think One Pauline’s former national executive member Pat Loy could have much to offer the Australian nationalist cause, now that Pat’s liberated from the redhead’s narcissism and Ashby’s political twister gaming. 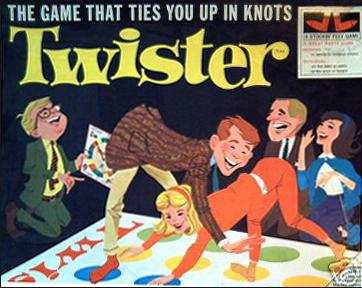 Last week, the Liberal’s populist poodle Pauline lost her long-time loyalist as Loy on Facebook announced her resignation as a life member of Pauline Hanson One Nation.  Loy has been the party stalwart for more than 20 years including contributing a key role on the party’s ruling national executive.

Pat Loy’s departure might have had something to do with being treated like a poodle.   In late 2016, One Pauline and Derryn Hinch’s Justice Party colluded to tilt for the forthcoming Victorian state election in 2018, to capitalise on voter disillusion with the LibLabs.  Ashby favoured One Pauline to flag an anti-Muslim immigration campaign focus, while Hinch’s preference whisperer Glenn Druery favoured candidate Stuart Grimley to have a crack provided he ran a “sensible, good campaign” (that is, didn’t upset inner Melbourne’s leftie snowflakes).

At the time One Nation’s Victorian administrator Pat Loy said the party would “be giving it a shake” at the 2018 state poll, running candidates in both houses.  “Once we get our registration we’ll be putting a call out for candidates.”

But then One Pauline unilaterally decided to not contest the Victorian state election in November 2018, so making Loy suddenly redundant.   Loy said in her Facebook thread that she was angry that Victorian members could be ignored and “treated so badly” by the party’s (Ashby’s) head office in Queensland.  “This was the final straw that made me decide I’d had enough. Head office know very well that we had Candidates for the State Election,” Loy said. 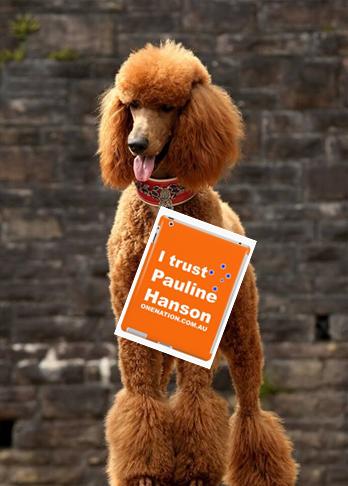 There was no dialogue.  It was another One Pauline captain’s call.

She received no official clearance. She just thought it up and did it.

So how many blue bottles still hanging on ya Liberal faction wall, Pauline? 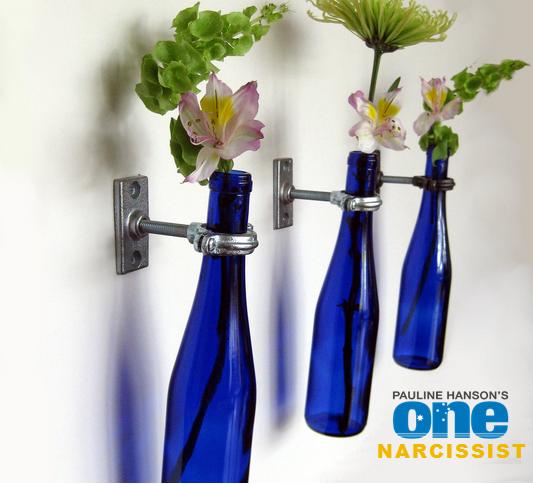 Loy’s exit from the crossbench Senator’s political party is the latest in a series of departures — either by resignation or sacking — of party members or staff that have taken place since One Nation won four seats in the Senate in the double dissolution election held in July 2016.

Long-time party director Ian Nelson left in August 2016 and former party national secretary, Saraya Beric, left in October that same year. Both individuals appeared in a Four Corners special in April 2017 that alleged non-compliance with electoral laws regarding a donation of an aeroplane.

Western Australia’s Ron McClean and Marye Daniels were removed as office bearers of the party in that state not long prior to the March 2017 state election. They had both contributed time and significant funds to One Nation over a 20-year period.

Hanson has also had a series of departures from her Senate team since the 2016 with Rod Culleton leaving the Senate under a constitutional cloud over a bankruptcy matter, Fraser Anning turning independent and then becoming a member of Katter’s Australia Party and Brian Burston linking up with entrepreneur Clive Palmer after Burston and Hanson had a series of disagreements.

Former One Nation national executive member Rod Evans served with Loy and characterises her resignation as a loss to Hanson’s political vehicle. “Best wishes Pat. I know first hand how much this decision meant to you,” Evans said on Facebook. “I worked along side of you for many years and always had your loyalty to count on. Your leaving is Victoria’s and the party’s loss.”

Former One Nation president and candidate Jim Savage, also in the same thread, expressed his gratitude for Loy’s support during his term in office during the years Hanson was not at One Nation’s helm.  “I am always your supporter and I thank you for so many years of LOYAL support to One Nation. When I was Qld. president I was always able to rest easy knowing we had YOU there in Vic to hold our candle and keep it alight. It must be with a very heavy heart you make this decision. Love always from Qld. One Nation supporters, and THANK YOU!!” 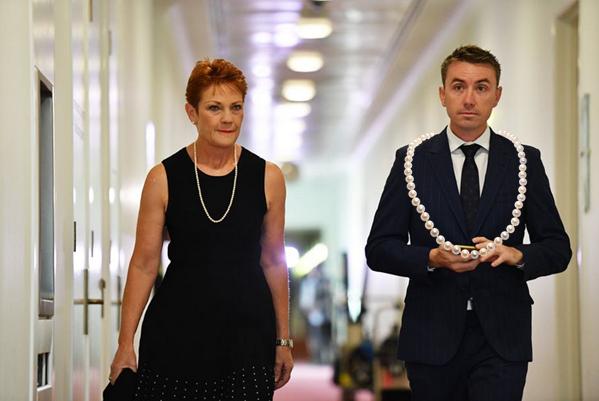 Meetooed by the Dominant Top