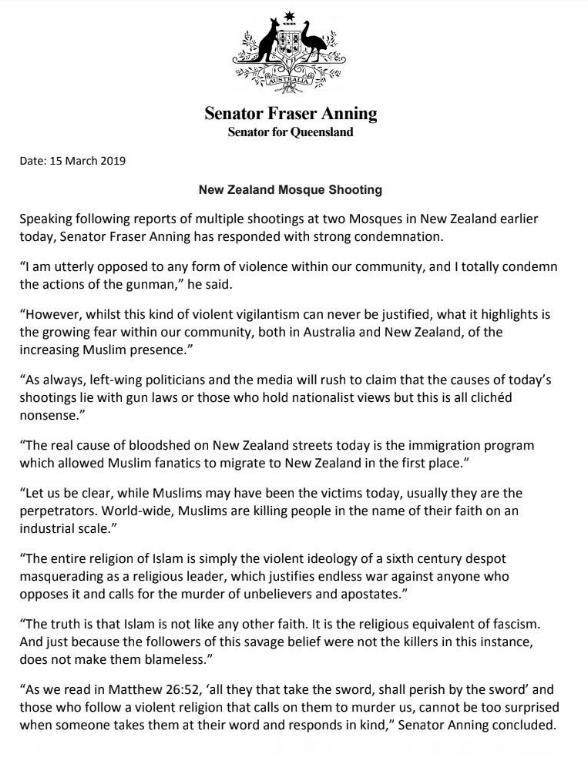 On Friday, the Australian Prime Minister severely condemned Mr Anning’s remarks in a media release in which the senator wrote:

“I wonder if there will be as much outrage from the left-wing when the next Muslim terrorist attack occurs?  Most likely silence and talk about lone wolf attacks, mental illness and no connection to Islam.  Whilst this kind of violent vigilantism can never be justified, what it highlights is the growing fear within our community, both in Australia and New Zealand, of the increasing Muslim presence.” 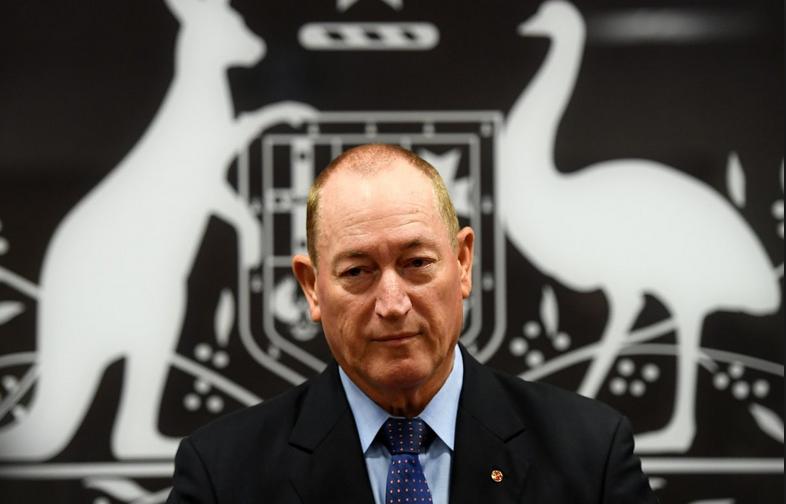 PM Morrison (below) struck back blasting the senator:

“The remarks by Senator Fraser Anning blaming the murderous attacks by a violent, right-wing, extremist terrorist in New Zealand are disgusting. Those views have no place in Australia let alone the Australian parliament.” 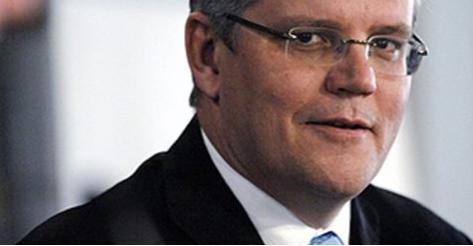 However, PM Morrison wasn’t always so defensive of adherents to ‘the religion of peace’. While in opposition back in 2010, as Liberal shadow immigration spokesman, Scott Morrison addressed a shadow cabinet meeting at the Ryde Civic Centre on December 1, in which the Sydney Morning Herald reported he.. “urged the shadow cabinet to capitalise on the electorate’s growing concerns about ‘Moslem immigration’, ‘Moslems in Australia’, and the ‘inability’ of Moslem migrants to integrate’.” 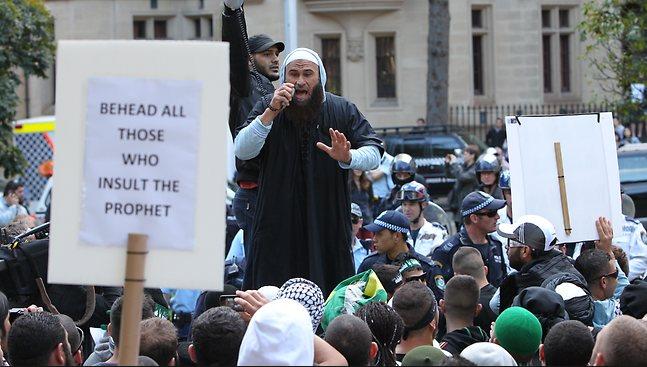 The Herald reported at the time that “shadow ministers were asked to bring three ideas for issues on which the Coalition should concentrate its political attack during this parliamentary term.” 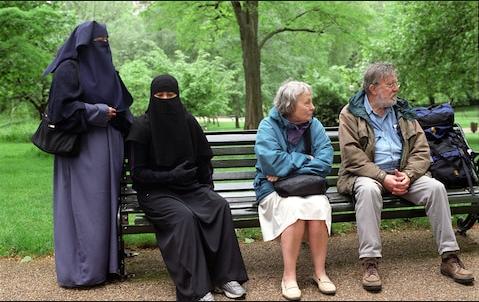 At the time, his colleagues, such as former immigration minister Philip Ruddock, Julie Bishop and others in the moderate camp were not so keen on the shadow minister’s gung-ho neoconservative strategy.  So later on, humbled by his colleagues, he made a sheepish retraction to Sydney radio, but retained a note of defiance, stating, “There is a time and a place… if you step over the mark, I think you have got to say so, and I’m prepared to do so, but the government should not take that as a leave pass.” 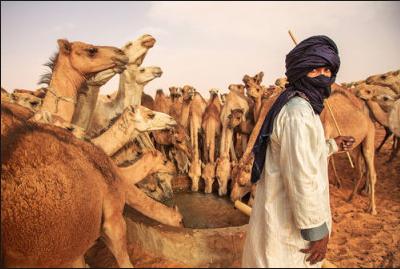