I believe it is time for the Australian working-class, all working sections of our people in fact, to repudiate the old May Day as any sort of traditional Labour Day – and identify June 30 as the suitable day to celebrate our achievements in building a nation..

The last day of June was the famed date of the Lambing Flat uprising of 1861 at modern-day Young in New South Wales, a day symbolising the growth of “free labour” said Jack Lang, who went on to describe it as significant in that colony as was Eureka Stockade of 1854 in Ballaarat in Victoria.

In these modern days, when all aspects of Australia’s cultural identity and political and economic sovereignty are being challenged, it is noted that the value of the old May Day has progressively degenerated. How did that happen?

May Day, International Workers’ Day, Labour Day, call it as you will, came to life in the 1880’s and early 1890’s, as a day to celebrate the value of the labour of the ordinary man and woman.

Of course, it had other connotations. At the Socialist International’s 1889 congress, it was declared that May 1st was the International Workers’ Day. At its second congress in 1891, it was proclaimed an annual event. The International was officially Marxist, but it also included many other labour parties and organisations. The idea of a ‘day of labour’ spread across the earth. Of course, upon the foundering of this International during the Great War, the new Communist International born in 1919 would also proclaim May Day a sacred day. How false was communisn’s claim to emancipate the workers and the poor!

However, May Day was celebrated too on the ostensible Right of politics, with the various fascist parties acknowledging it in the 1930’s and even the Nazis proclaiming it a public holiday.

Of course, from the 1890’s, May Day made its appearance in Australia. Australian nationalist writer and poet Henry Lawson (1867-1922) wrote his poem “Freedom on the Wallaby” to mark one of the largest May Day/Labour Day demonstrations in Queensland in 1891, a rally which called for “the eight-hour day”. 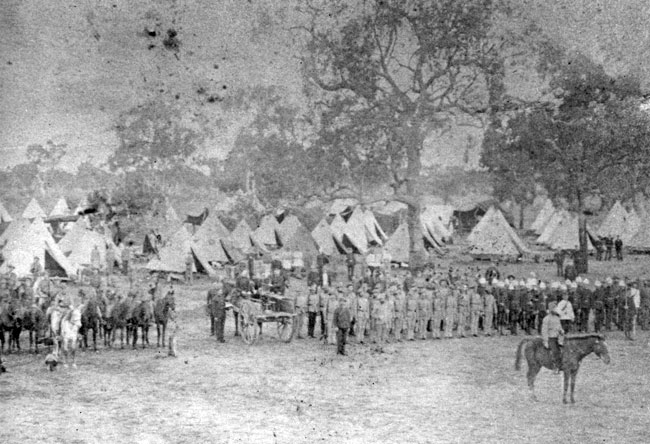 And the nationalist-minded labour unions and the Labor Party vied with the communists in the 1920’s and later, to give it proper meaning as the festival of Australian achievement.. Indeed, May Day lingered into the 1960s as a great Aussie day of popular celebration with parades and floats and picnics.

But what of the present?

I note that in Europe today, organisations that might be considered nationalist and in similar vein to Australia First Party,, also celebrate May Day. They oppose the internationalist flavour given to the Day by the gaggle of social democrats and extreme-leftists and migrant groups that turn out. They organize their own events and often associate the Day with the traditional and older significance of May 1st in the cultural calendars of the pre industrial societies.

All good and I do not criticise them. But Australia is not Europe.

When we look at May Day in Australia, the parades are a sad mixture of globalists, Labor hacks, Trotskyites, anarchists, refugee advocates and gender-activists (sic). The event mocks the historical quality of Australia’s working people. Gone are the mass of ordinary families celebrating the dignity of honest labour. It is just a fest of interest groups and whacked anti Australian militants.

The Lambing Flat uprising linked together the struggle of ordinary working people for a return for labour with the need to protect their identity ass Europeans. That essential quality defined the Australian labour movement for a century. 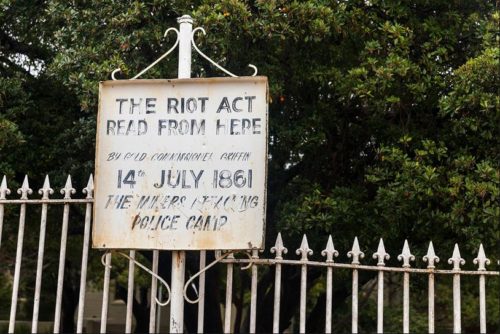 Lambing Flat produced its version of the Eureka Flag and its nationalist quality was known to those who founded the inter-colonial trades union movement. When the shearers raised the Eureka Flag in Queensland in 1891 in actions that inspired the birth of a Labour Party, they did so against the injustice of bosses and their political allies and against the threat of alien cheap labour.

All of these issues confront Australian working people again in our century.

A new Labour Day is needed to inspire a new nationalist movement of working Australians.

At Young in 2018, nationalists shall meet to consecrate the new Labour Day! 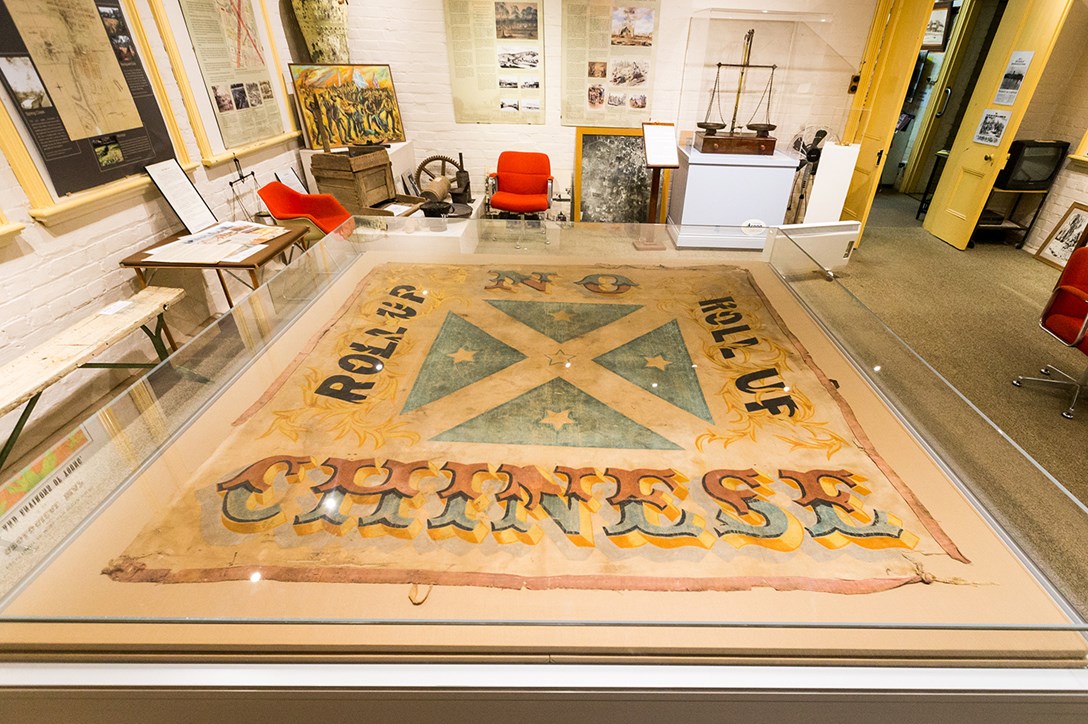