A Sri Lankan illegal immigrant accused of putting his hand down the pyjamas of a sleeping Macquarie University student allegedly tried to break into a second unit to assault another victim.

Daxchan Selvarajah, 21, who ASIO let into Australian society without full security checks, faced court yesterday over the alleged attack at Macquarie University last Thursday.  He allegedly broke into the sleeping woman’s unit and slipped his hand down her pyjama shorts about 3.30am before she woke up and screamed, causing her alleged attacker to flee.

The ASIO officer who waved Selvarajah through must be sacked for fundamental breach of border security screening standards.

Court documents revealed Selvarajah allegedly tried unsuccessfully on the same morning to enter a neighbouring unit in the student housing complex with the intention of committing another indecent assault.

Opposition immigration spokesman Scott Morrison said the bridging visa program should be suspended in light of the incident and he also called for “behaviour protocols”. Two illegals were convicted of rape while on Howard government-era temporary protection visas.

A change in government policy in 2011 meant Selvarajah, like thousands of other illegals, was living in the community on a bridging visa without a full ASIO security clearance.

He had undergone only a preliminary security check by the Department of Immigration, in line with procedure.

Selvarajah was staying in Parramatta but was visiting illegal Sri Lankan compatriots on the night of the attack, immigration officials said.  The Sri Lankan illegals were apparently being relocated from Macquarie University yesterday, with all 55 staying on campus on the night of the attack to be moved by the Red Cross by the end of March to make way for students as the university semester starts.

Transfield Holdings actually put up the illegals at Macquarie Uni. 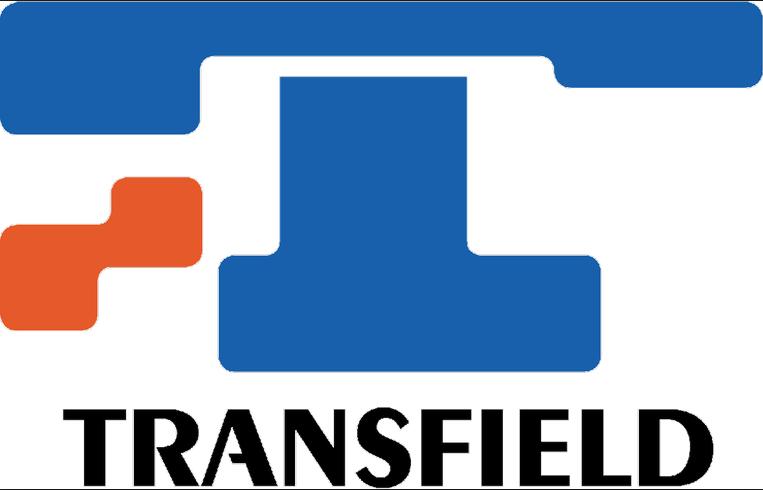 New details have emerged about a contract worth almost $265 million paid by the government to the Red Cross to manage thousands of illegal immigrants in the Australian community.

Australians simply cannottrust Gilard and her Labor Governmemnt to protect Australian bordere nortpo be honest with Australian citizens.  Gillard’s immoral disregard could well see any number of illegals ending up next door without any notice.

The money will be spent on $440-a-fortnight welfare payments, Medicare costs and short-term accommodation assistance. There are almost 9,000 illegals living in the community on bridging visas.

Selvarajah will remain in Australia while his case is dealt with by the courts “like any other lawful citizen”, an immigration spokeswoman said. He faced being deported if convicted, she said, adding: “Clients on bridging visas are expected to behave in a law-abiding manner.”

Selvarajah will remain in custody until at least next week after he did not apply for bail at a brief first appearance in Central Local Court yesterday. 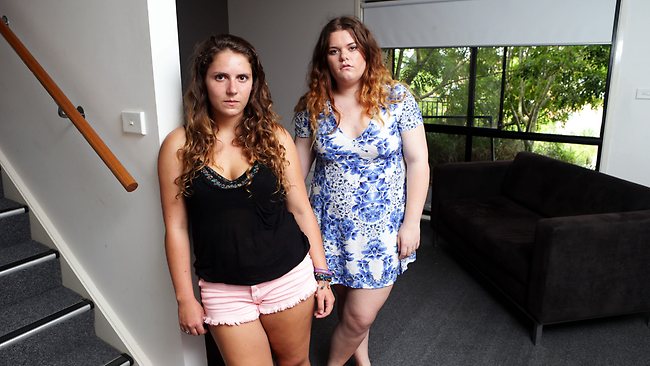 Jeanette Decker, 20, and Daisy Stone, 19, in their student house where one of their housemates was sexually assaulted last week.

Many of Australia’s current 9000 illegal boat arrivals now housed by Gillard’s Foreign Labor in unaware Australian communities, have been found sleeping in garages, on couches and in boarding houses.

A group that houses some of those on bridging visas said illegals were in inappropriate accommodation.

Paul Bottrill, of House of Welcome in Carramar, said: “We have, in the last quarter, had 55 referrals – many were staying in backpacker hostels, sleeping on couches or in garages.”

About 55 refugees have also been housed at the Macquarie University campus where a student was sexually assaulted in her room last week.

Police have confirmed they are investigating whether an illegal was involved.

The victim’s housemates revealed yesterday that before the attack they had begged for the accommodation operator, Campus Living Villages, to reconsider housing middle-aged male illegals near young female students.

Yet another Sri Lankan fishing boat chartered with prepauing 68 brown males was intercepted off the north-west coast on the weekend. The vessel was discovered near the Ashmore Islands.

A BILL excising the mainland from the migration zone has been approved provided it’s amended to require an annual report card on offshore processing.  Last night the company said it had since offered to move “affected residents” but none wanted to go.

The illegal migrants are staying at the campus under a program driven by the Red Cross, which has been contracted by the Gillard Labor Government to provide initial accommodation for any illegals.  Under that same program, Sydney lodges and hotels are taking illegals for as little as $20 a night, depriving Australia’s own homeless a bed.

Dulwich Hill Lodge owner Frank Bilotta said he had illegals sleeping up to eight to a dorm for stretches of between four and six weeks.

“The Red Cross book them in and then they bring them,” he said.  “They could pay me more but unfortunately that is the way it is at the moment.”

Rooms at Ryde’s AMG Motel and Serviced Apartments cost between $120 and $180 per night but a staff member said it was full with illegals.

Campus Living Villages said last night the number of illegals bludging on Macquarie University’s campus had fallen from 55 to 45 as students began arriving for the academic year.

Security had been bolstered since the sexual assault, it said.

But student Daisy Stone, who was in the house last Thursday when her friend was attacked at 3.30am, said the victim and her housemates wanted the men moved.”It is so inappropriate to have a house full of 19- and 20-year-old girls, living in the middle of all these middle-aged men,” she said. 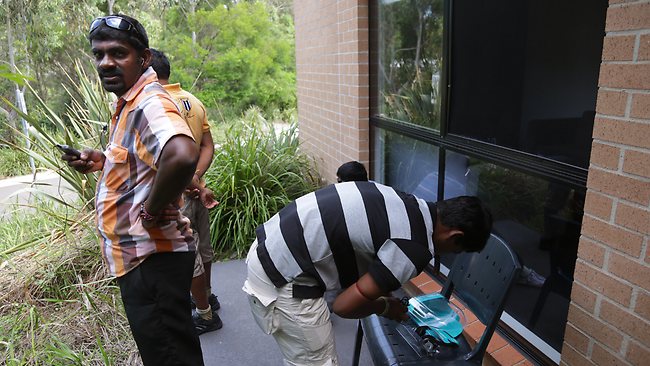 Lock your back door!

“It should never have come to this, but something really has to be done so this doesn’t happen to someone else. A boat with 68 Sri Lankan illegal males was intercepted off Ashmore Island on Saturday.

Misogynistic Gillard, lacks the political balls to send dem back.  Gillard is Welsh.  She has no loyalty to Australians, only to herself.