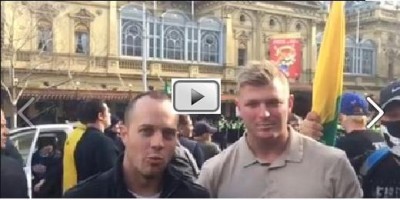 Leaders of UPF debrief on their successful Aussie Patriot Rally a few hours ago in Melbourne.

Australia’s new nationalist organisation United Patriots Front (UPF) has had a gutful of Islamists terrorising Australia with their imported murder, jihad, rape, riots, pedophilia, girl slavery, female persecution, etc.  Australians didn’t invite the scum in and we all want Islamics out of our country!

UPF, with many like-minded Australian patriot groups, has established itself as a nation-wide movement opposing the spread of Left-wing treason and the spread of Islamism. 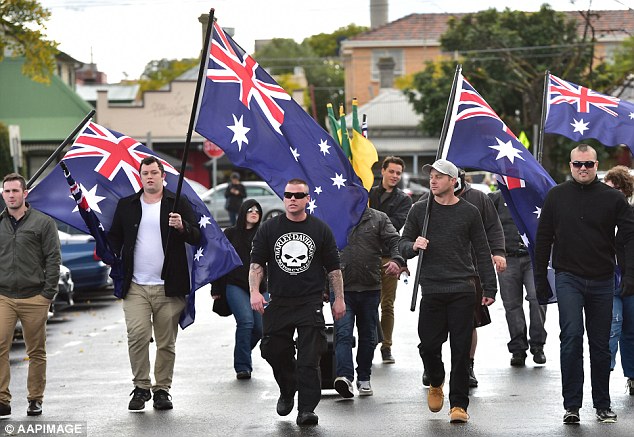 Australia’s public protest message today by UPF with allied patriot groups from across the country, is all about defending Australian civilized cultural values against the evil and perverted barbarism of foreign Islam.  Islam is anti-Australian and like a plague it will spread and eventually kill us if not stopped now. 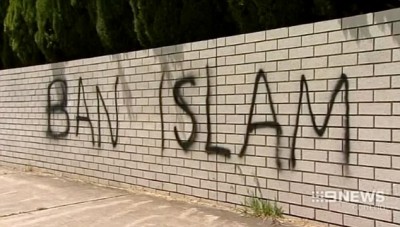 In Melbourne’s deep winter, less than about 700 unwashed lefty scum managed to crawl out of their holes to confront the Aussie nationalists. 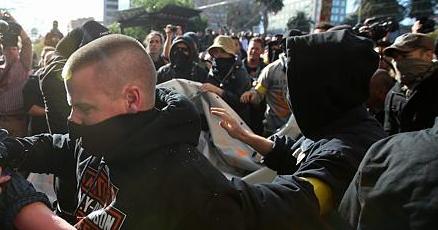 Lesbos shouted with their placards. Black Bloc anarchists were clad and prepared for violence. 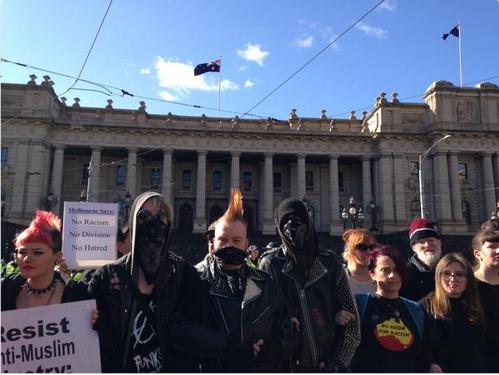 Extremist Lefties smile for face recognition on our Facebook! 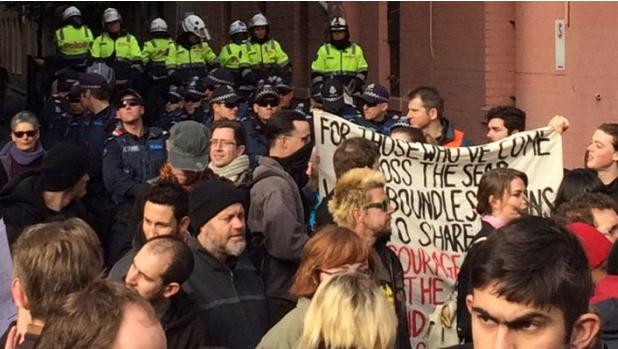 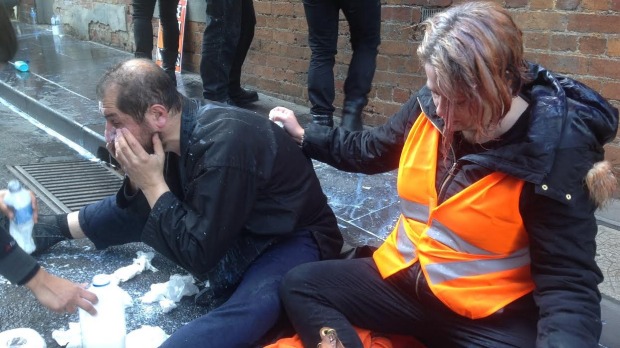 Black Bloc clad anarchists Mazen Adel and Sue Munroe got what was coming to their violent antics.

The great unwashed chanted with their standard “say it loud say it clear..muslim faggots are welcome here“.  The Left attacked with their smart phones recording above their heads.  Foreign media SBS did a beat up for the peak nightly news propaganda, to be expected. 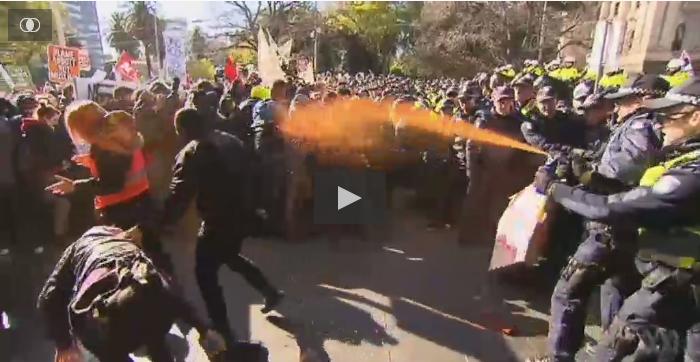 Police numbered more than 800 with pepper spray, horse squad and water cannon at the ready, so the masked anonymous rabble were frightened away.

True to Lefty form, they held placards, chanted crap, wore full black garb with masks, waved red and black flags, and tried to rush Victorian Police lines attempting to barge through the police blockade.  The sad scum were met with force as our police officers resisted.

Job well done by our too patient police! 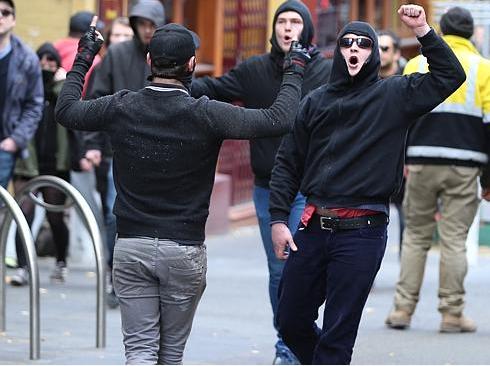 One for ASIO’s Files 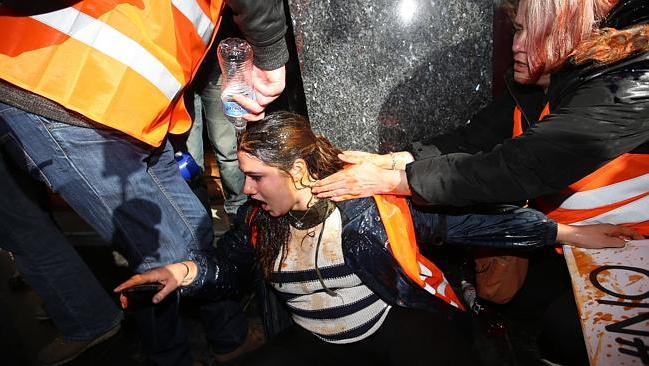 One of the fat Lefty lesbian screamers, Kat Galea, cops a mouth full

It was all of a let down really. 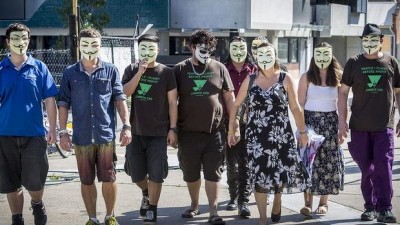 So where were ya in ya scary masks?  Perhaps next time, ya Yarra Socialist Stephen Jolly. 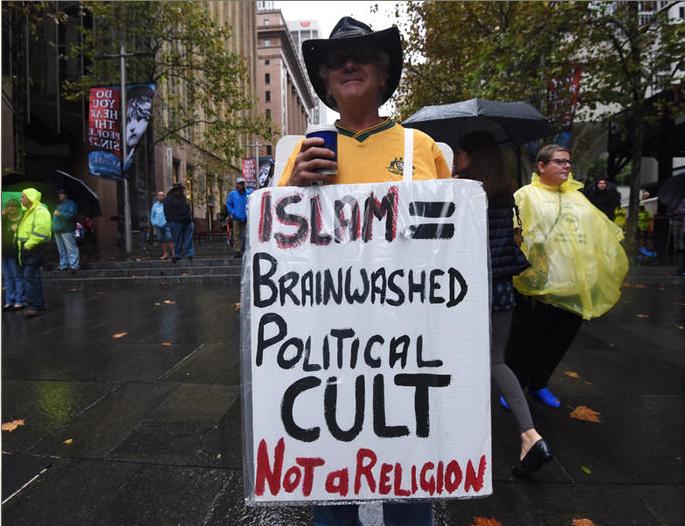 Get our simple Aussie message – Hear it loud, hear it clear, Islam is not welcome here!