Migrant offspring born in Australia under multicultural gated communities involved in terrorism face being stripped of their citizenship, along with dual nationals, as part of the Abbott government’s efforts to tighten national security laws.

Influential back bencher and government deputy whip Andrew Nikolic has publicly demanded tougher action taken against Australian-born offspring who followed what he termed “the siren song of transnational terrorism’’.

Under the Australian Citizenship Act, the minister has the power to revoke citizenship.  Most cases involve people who are convicted of a “serious ­offence’’­ carrying a “serious prison sentence’’ or if they serve in the “armed forces of a country at war with Australia’’.

Australians fighting with ­Islamic State do not fit into this category because the terrorist group is not a state.  But sensibly, the government wants to modernise the citizenship laws to deal with Australians going to Syria or other terrorist zones and taking up arms with frenzied knife-stabbing jihadis.

Any changes to citizenship rules will retain the power to revoke­ citizenship as a ministerial discretion.

Mr Dutton said: “It is a privilege to be an Australian citizen even by birth and if people are involved in terrorist activities the government is examining what options might be available in terms of suspension of privileges such as social security, such as voting and other entitlements of government.’’

Frankly, Australians have had a gutful of all these militant immigrants from war zones turning up on boats under the Rudd-Gillard-Hanson-Young Labor coalition (2007-2013) – with no passports, no identity and no background checks and then let loose on Australian society to breed sabotaging cretinous germs.

The asylum seekers have gone forth and bred their offspring in exclusive urban ethnic ghettos, out of view of decent Australian society.  They have raised their offspring in foreign tongues, under foreign Islamic teachings at muslim-only schools and colleges to be disturbed mutant misfits, gullible to nutjob sic ’ems.  They have been indoctrinated by hate preachers to be hate addicts, anti-Australian and worthy of no-one.

But these violent trojans are not “homegrown” in any sense of the word!  They have been born and raised in foreign incubated ghettos inside Australia to be fundamentalist enemies of Australia. Australia’s national security agencies, ASIO and AFP continue to monitor a large number of radic­alised second-generation Australians.  Thanks to the treacherous Greens-Labor coalition government of the asylum seeker era (2007-2013), the current Australian Government is forced to provide $450 million to strengthen Australia’s intelligence capabilities, including updating information technology systems and to counter extremist messaging.

This includes $131 million to help the telecommunications sector upgrade its systems to retain metadata for two years. Metadata is essential to most counter-terrorism investigations and for detecting and prosecuting other serious crimes.  Another $22 million will be used to combat terrorist propaganda and counter violent extremism, especially over the internet and social media.

Those millions could have gone to Australia’s needy and to boost Australian small business and industry, had it not been for the criminal infiltrators that Greens Labor inflicted on us. 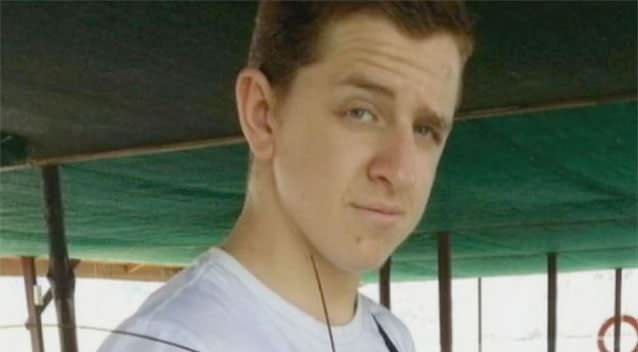 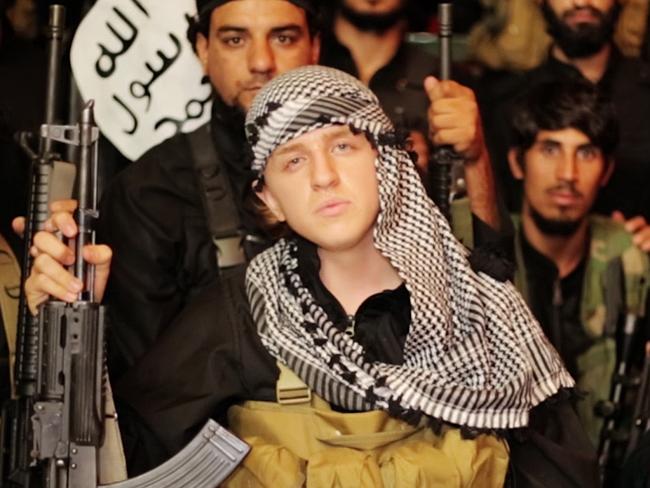 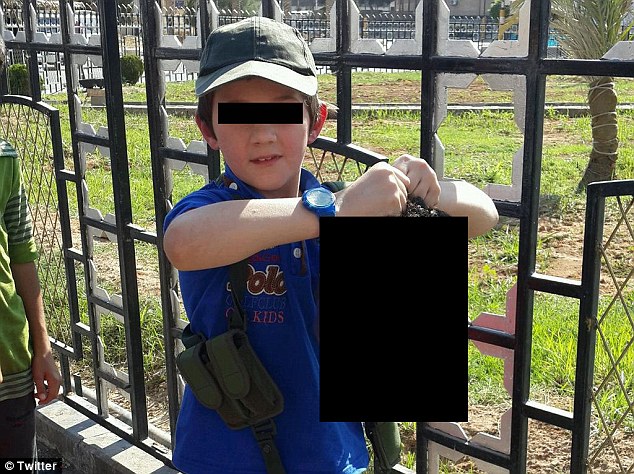 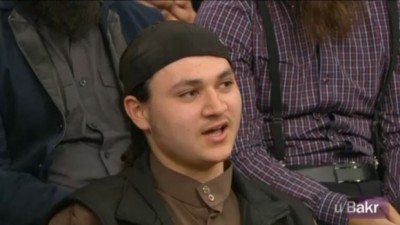 Islamic terror suspect, Sulayman Khalid (20), who was born in Sydney’s full-blown ethnic Auburn Hospital, thinks he’s a Allah-given preacher, so calls himself, Abu Bakr.  Whatever.  He’s infected with Islamoego and has been on ASIO’s radar for four years.

Not surprisingly, the islamic genius came to the attention of police and then Australian counter intelligence when aged just 16 he started wearing black clothes with Islamic termite scrawl of foreign outlawed jihadist groups, and started online jihadi blogging.

At 17 Khalid went to Egypt to study Islam and Sharia but he came back to Sydney because of illness.  Then he started hate speech seminars in Sydney.   “We’re going to stand for our religion. We’re going to defend our religion, no matter what it takes.”

And he wondered why ASIO dudes in sunnies were parked out the front of his house in an unmarked Holden Commodore.  ASIO’s got a tight budget with all the funds committed to metadata monitoring.

“You can’t claim doughnuts on the job you know”

Even SBS was on to him.  This smartarse muslim then in August 2014, aged 19, did a dummy spit walk off on SBS TV’s Insight programme ‘Joining The Fight’ discussing Islamic terrorism.  Sulayman Khalid was one of a number of Islamics interviewed on the programme, including:

ASIO was watching SBS, then they cancelled Khalid’s passport.

A few months later, a frustrated Khalid was finally arrested just before Christmas 2014, charged with planning a terrorist attack in Sydney and with knowingly possessing hand-written notes referring to an Australian Federal Police (AFP) building as a target and a plan to carry out guerilla warfare in the Blue Mountains.

“We knew he was a Plotting Jihadi. He had one of those nasty jihadist mentalities.”

So the leftists went wild: “The reason he was being treated as a criminal was because he was Muslim.”

Sulayman Khalid’s Islamic sympathising father came out publicly proclaiming “discrimination”.  “The only difference in his treatment is he is a Muslim”, the father claimed.  The Islamic raghead mother screamed: “My son is innocent and only being held in jail because he is a Muslim.” 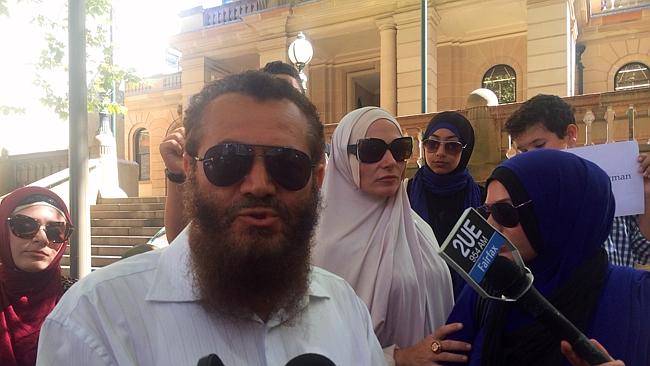 Sulayman Khalid is your raghead fault, you shi’ite!  Look at the state of your harem!

Spare us the Islamophobic sob story. In a few weeks time some Islamic female warden or medico in a nijab will feel sorry for him, start up an affair and supply him with a Quran, a mobile phone and ICE. 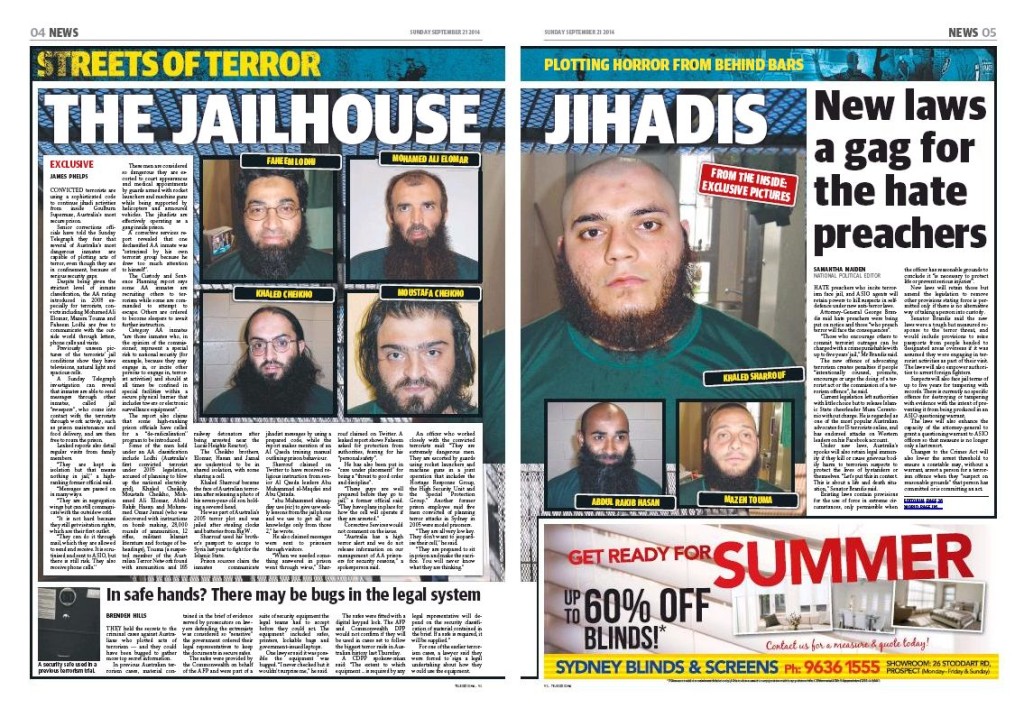 So finally, the Abbott Government is examining ways to strip this Islamic scum of their Australian citizenship, forcing them to take out citizenship in the country of their parents’ birth.   Our government is to revoke or suspend the ­citizenship of hate preachers and foreign fighters, including Australians who have one or both parents born overseas, in a bid to tackle the growing threat of homegrown jihadi­sts.

Australia’s Immigration Minister Peter Dutton said yesterday there was a “determination by the government to keep our population as safe as we possibly can, particularly with the current threats, particularly given the amount of radicalisation that is taking place in back rooms, in kids’ bedrooms”.

“All of that information is being provided over the internet,” Mr Dutton said.

“It means that we have to ­respond to the current threat. It’s hard for me to walk down the street without people saying: ‘Why do we allow these people to come back into the country if they are going off to fight in a foreign land? Why do we allow them to return to Australia even more radicalised to do harm to us here?’’’ 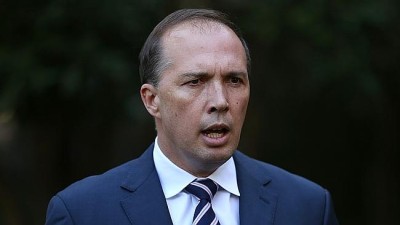 Australia’s PM Tony Abbott flagged moves to deal with Australian citizens ­involved in terrorism, as well as ­developing amendments to the Citizenship Act to revoke or suspend the citizenship of dual nation­als, in his national security address in February.

At least three suspected Australian jihadis were in secret talks with the government about returning home.  But the Prime Minister has warned that any Australian jihadists disillusioned with life in Syria could expect arrest, prosecution and jail if they returned to Australia.

The Border Force Counter-Terrorism Unit has helped stop 288 passengers leaving the country over the past nine months. All were deemed a national securit­y risk and included foreign fighters, jihadi brides and those involved in financing terrorism.

The government has been drawing on the experience of Britain, which has had a tougher appro­ach to citizenship for almost a decade. “There have been a number of cases there where they have decided to remove citizenship, so it is a timely debate for our country to have,’’ Mr Dutton said.

“I think most Australians would want the government to give proper consideration to a very serious issue still with the under­lying principle remaining very importan­t, and that is not to render people stateless.’’

“Some of the critics, like the Australian Greens, would say there should be a conviction for terrorism before revocation is ­considered but the reality is nobody would ever be captured by that regime,’’ Mr Dutton said.

“If somebody is off fighting in Syria or blowing up journalists in Paris or killing police officers in Toronto, the reality is that not in all of those cases would there be a conviction.

“Particularly in the Middle East where we rely on intelligence, not law-enforcement information, there needs to be the capacity for discretion because in some cases the minister of the day wouldn’t want to apply the revocation for national security reasons.’’

He said if it was “codified and mandated that people should lose their citizenship, if for example there was a conviction of terrorism, well I think that is a more dracon­ian power than what they are proposing here. As we’ve seen in the Middle East and as we’ve seen in other parts of the world, these radicals blow up Muslims the same as they do people of Christian and Hindu backgrounds,’’ Mr Dutton said.

The citizenship changes being considered would not affect Australians born here with Australian parents.

We understand the citizenship revocation is to apply to:

We say ban the lot !

Islam is not a religion. It is a political ideology with links to death cults of extremist indoctrination that incite and commit violence and terrorism against non-Muslims. So-called ‘moderate muslims’ are a misnomer – they are silent when it comes to questioning the hate speech and violence of Radical Islam, and so by their silence ‘moderate muslims’ are complicit in condoning Radical Islam.

We say outlaw Islam, as an anti-Australian political cult, just like ‘Islamic State’, ‘Al Qaeda’ and ‘The Family’.  In this respect, we agree with Australian Defence League. 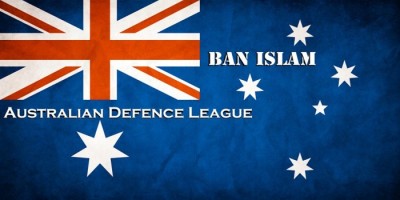 Islam is not a religion. It is Political Death Cult

But let’s go further and get serious about protecting Australians from Islamists!

Ordinary Australians have a civil right to expect that our governments protect us and our families from invasion and from foreign harm, hate and terror.

Islam needs to be added to Australia’s following list of banned organisations:    The following terrorist organisations since 2002 have been continually listed by the Attorney-General of Australia as involved in terrorism and so outlawed in Australia including membership and association.  Under Australian law it is an offense to materially support or be supported by such organisations. 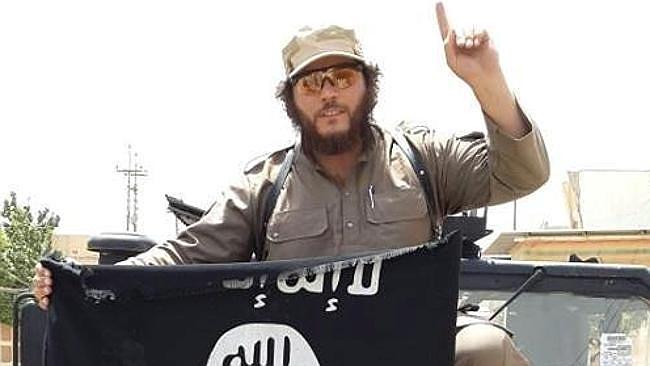 The following dangerous and anti-Australian organisations also need to be served with a show cause for not being outlawed in Australia: