Yet another tourist enters dangerous surf. 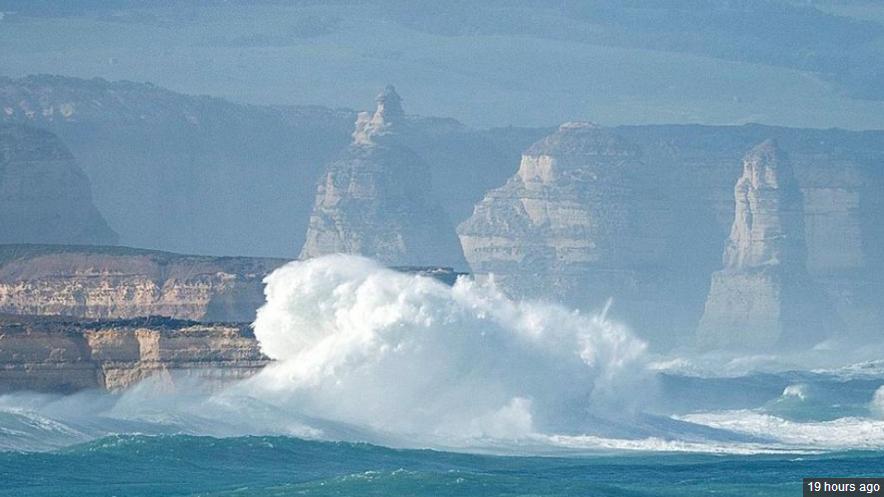 With Australia’s land-based life saving (inland waterways) and with first aid in general, the rescuer’s/first aider’s action plan mantra is ‘DRSABCD’.  This researched acronym prescribes how to assess a patient and to apply first aid in correct life saving order. ‘DRSABCD’ stands for checking for Danger, Response, Send for help, check Airway, Breathing, then Circulation and then to apply a Defribillator to the patient if needed.

Most Australians from school age will have, or should have, a basic knowledge of first aid in order to save a life.  So why do local Aussie surf lifesavers patrolling Australia’s coastline ignore the ‘D’ bit and keep dying to rescue delinquent ethnics venturing into dangerous surf at unpatrolled beaches?  They ignore the extreme danger and leap straight in out of some cultural sense of charitable goodwill, only to end up succumbing themselves.

After another local loss of life (two men in fact) at Port Campbell on Victoria’s treacherous shipwreck coast yesterday, Surf Life Saving Australia needs to seriously correct its rescue rules and culture.  That is if it cares a crap about its 173,865 volunteer members.

Yesterday morning around 10:40 am near Port Campbell, a man (30) went wading into 2+ metre wild surf in Bass Strait on an incoming king tide at the mouth of the Sherbrook River (6km away) when the current swept him out into deeper water and rough big surf and swell.

Apparently he was trying to take a photo of this. 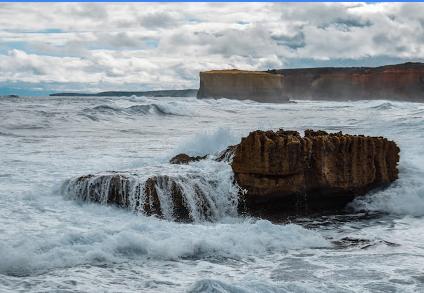 Locals quickly summoned help and three local surf lifesavers (from nearest Port Campbell) who instantly responded (on an Easter Sunday) heading out in a 6m fishing boat to try to save the man from drowning.  Police said that their six-metre rigid hull half cabin fishing boat was swamped in heavy surf conditions throwing all three men aboard into the wild sea.

So what was wrong with the Port Campbell Surf Club’s dedicated patrol boat?   Perhaps patrol that day had been cancelled due to the dangerous sea conditions – so a wise judgment call.

Instead, a ‘HEMS4’ rescue helicopter was dispatched from Warrnambool Airport located about 40 km west. HEMS is an acronym for Helicopter Emergency Medical Services.  The professional flight crew successfully winched the flailing wader and one of the rescuers of the capsized boat, both to safety.  The rescuer had been seriously injured perhaps on rocks. 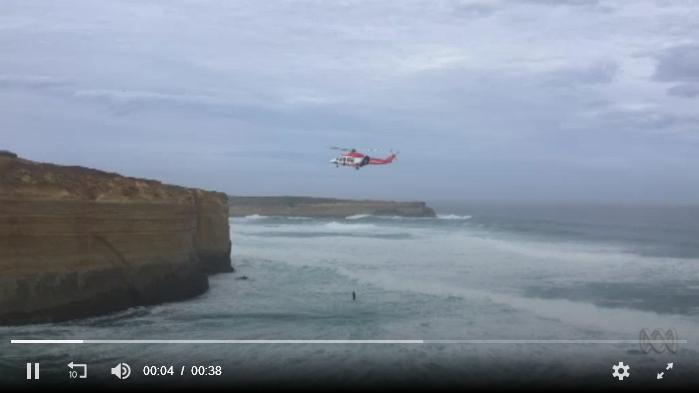 The other two local volunteer surf lifesavers from the capsized boat however succumbed – one Ross Powell (71) and his son Andrew (32). 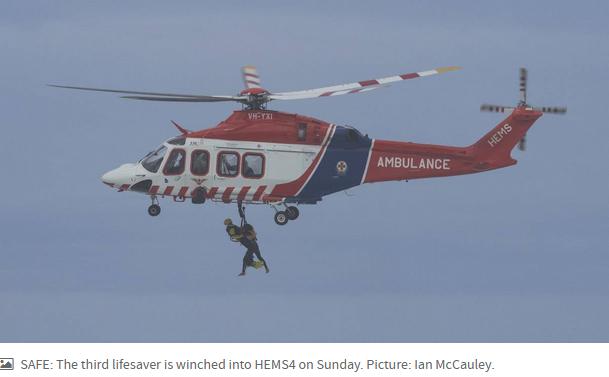 Victoria Police are investigating how these two deaths occurred and will prepare a report for the coroner.  “Clearly it’s a very tight-knit community, Port Campbell, and unfortunately it’s a tragic set of circumstances,” Senior Sergeant Brett Jackson said.  “I’m sure it’s something that’s really going to hit the community hard and unfortunately, it’s just an event that should never have occurred.” 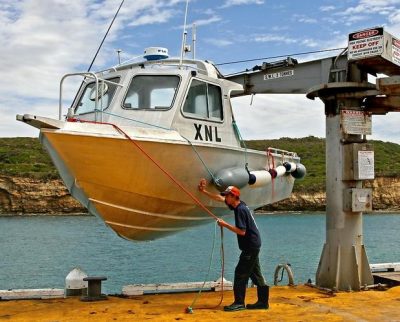 It is believed the boat was not the official surf rescue inflatable Zodiac or jetski, but private and more like this. Why?

The recovered rescuer, Port Campbell CFA brigade captain Phil Younis, was airlifted to the Alfred Hospital in Melbourne where he remains in a serious but stable condition with a broken pelvis, dislocated hip and a damaged spleen.  Whereas ironically the rescued wader, vaguely described by the politically correct media as “an international tourist” was flown directly to Warrnambool Base Hospital in a stable condition suffering hypothermia.  He’s quite ok and was released today at around lunchtime.

“The tourist, whose nationality and name have not been released, had been wading at the mouth of a river when he got into trouble.”

It turns out so far that the rescued wader looks like another costly Indian.  His name will be released eventually.

[Postscript:  It was a Singaporean businessman (aka Chinese). The PC media are dribbling out the truth as it suits them]

This surf incident near Port Campbell ticks all the boxes of the typical delinquent ethnic episode that is trending surf rescue statistics around Australia. 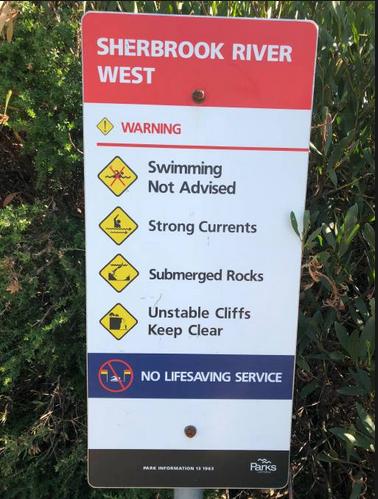 The images are universal

“It’s just terrible, it’s heartbreaking,” he said.  “I understand the boat was operating in a two-metre swell, so a very high swell, and we know that it is very treacherous down there and not the place to be swimming.  “These brave people, these heroes, have gone out to try and help.” 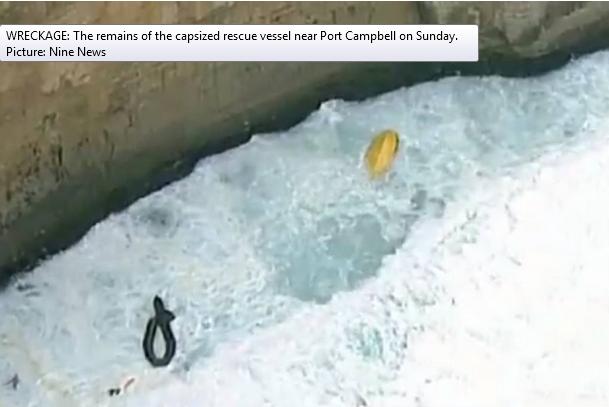 So do something about the rescue rules Paul James, else local volunteers under your watch will succumb time and again, going after delinquent ethnics who choose to avoid patrolled beaches, disregrad warning signs, and instead selfishly presume they have an inordinate right to expect to subject the lives of others at peril to save them when they inevitably get into trouble!

Would Royal Life Saving Society Australia condone its volunteers risking their lives to dive and swim into raging flood waters after idiots who have chosen to drive or wade through flood waters?  One presumes not.

Let the ethnic surf suiciders succumb privately – more burley for the Great Whites and Bronze Whalers.  He should have just gone in off Mutton Bird Island around the corner, waited until dark and when no-one was watching and lemminged free-fall off the cliff edge down into the white foam washing machine.  Surf Suicide is not an extreme sport that should be shared with life savers. 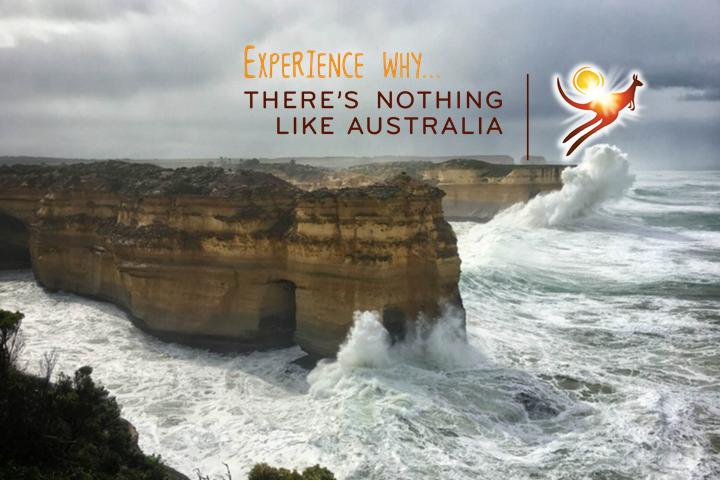 So in its rescue culture when does Surf Life Saving Australia distinguish betweem bravery and foolhardy suicide?

At the same spot on Sunday January 29 in 2018, four ethnic teenagers went wading at Sherbrook River Beach even though they couldn’t swim to save themselves.  Lucky for them a Californian surfer Travis Wheeland just happened to be checking out the surf.

“There were two sets of two in the water: one was a dad and small child — they were closer to shore and seemed to be in less danger, so I chose to paddle to the two girls who were farther out. They seemed more in trouble.  When I reached the two panicking girls, one told me she had asthma and was breathing hard…”

All Travis got in return was hugs and hand shakes – basically a ‘thanks for coming’ tokenism.  The American deserves better, such as being offerred an Australian honour/order of merit including a generous monetary reward out of Canberra’s coffers and indeed a formal offer from the Australian Government to him to apply for residency. 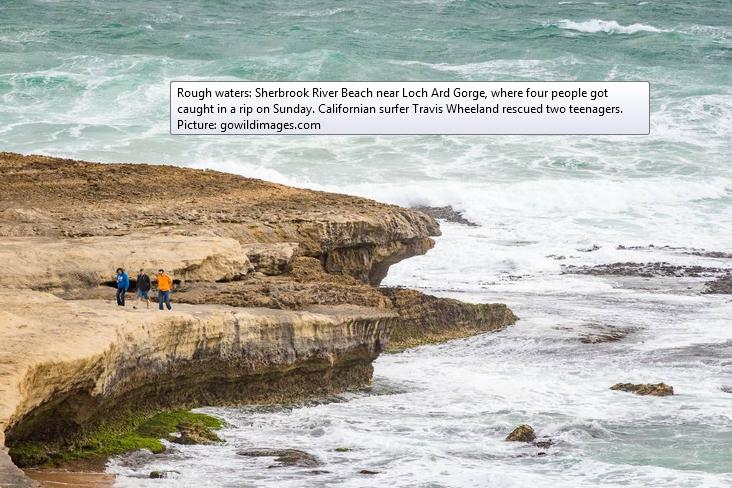