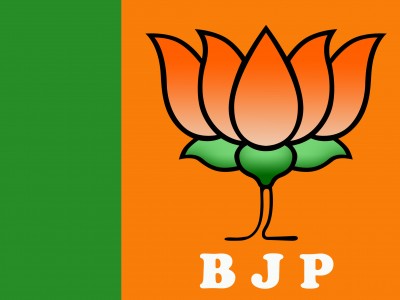 Australia’s Prime Minister Tony Abbott should telephone Narendra Modi to congratulate him on his win.

It is a healthy global awakening against the scourge of both Global Socialism and Multinational Capitalism, that ordinary people of nation states are respecting their traditional cultural roots – aka ‘Nationalism‘.  Half a billion Indians have now recognised this with their votes.

Narendra Modi promises job creation for Indians in India, and end to corruption and an economically driven efficient government.

Modi’s media-savvy nationalist election campaign is a lesson for nationalists to observe everywhere. His success is linked to his message of hope for traditional Indian aspirations and economic rejuvenation.  Modi’s popularity has been boosted by the overwhelming general mood of the Indian populace for a desire to oust the incumbent regime for its corruption, economic incompetence, causing massive unemployment, middle class poverty and poor job prospects for Indians.

“Modinomics” instead is about investing in India and Indians – investments in power, road and rail projects to revive economic growth.  Modi also has a clear political agenda – Indians and their culture come first in India. Poverty in wealthy India is unacceptable.

Without mincing any words he declared,

‘Our party though, ever prepared to extend its hand of equality to all citizens, does not feel ashamed to urge for the consolidation of Hindu society, nor does it suffer from an inferiority complex to acknowledge proudly that the great edifice of Indian culture and civilization, which had stood the test of thousands of years, has been built, most of all by the labour, sacrifice and wisdom of Hindu sages, savants and patriots throughout the chequered history of our motherland. We are not so mean as to forget that in this gigantic process our country came into contact and conflict with many foreign races and ideologies and our great ancestors had the courage to fashion and refashion the country’s structure in accordance with new ideas and with the changed conditions of our society. If India’s freedom is to be purposeful, a correct appreciation of the fundamental features of Indian culture — the discovery of that unity in diversity, which is the keynote of her civilization — is highly essential.’

We wish Indians in India the best of fortune.

In Australia, some 400,000 Indians have abandoned their homeland and settled in Australia as migrants.  Setting up little India’s outside India is sad romanticism, but moreso a deep personal rejection toward their good samaritan host nation Australia and of tolerant Australians.

Australians have had a gutful of tolerating foreigners coming here telling us what to do!

We encourage Indians in Australia to refocus on what is happening in India, to take up the challenge and to return to your native land and support the nationalist resurgence about to take place.

The Indian diaspora is better in India supporting its own.  Indians have a national duty of loyalty to contribute to the fortune of their homeland. Equally we say to Australian expats: “return home, your nation values you and needs you.” 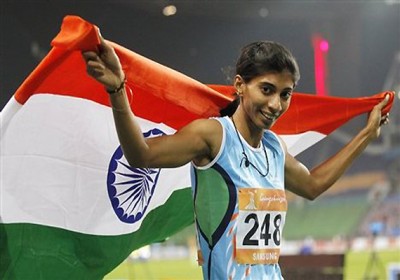 Democratic India and its people deserves better.  They need not flee!

Yet many Indians have deserted their homeland for a selfish good life in western nations like Australia.  During the 2006 Census, 147,106 Australian residents declared that they were born in India, of which 79,025 held Australian citizenship.  Now that number has almost tripled in 2014.

Indians protest in Australia that they feel not welcomed. 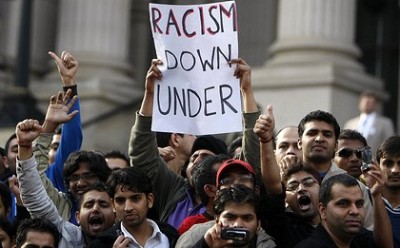 Message in Australia is they’re not. But they doth protest too much, methinks, forgetting what they would cop back in India. 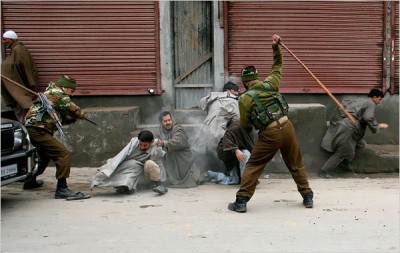 India could learn from Australia – we don’t whip people!

There is no such animal as an “Australian Indian” or an “Indian Australian”. One is either an Australian or an Indian or a temporary guest.  We invite all Indians to return to India, to where their hearts, culture and family heritage belong.

Gandhi:  “I’ve travelled so far. And all I’ve done is come back… home.” 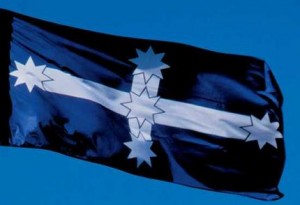