It’s on.  Hardcore anarchist-squatter types are mobilising towards South Brisbane for Friday’s opening of the G20 Summit.  Only five sleeps to go, if they can find a dry bed. 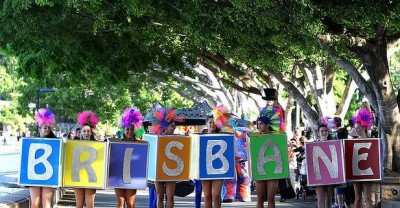 The bulk will arrive by buses and trains into Roma Street.  A hundred or so hardcore will discuss last-minute tactics at Kurilpa Hall 174 Boundary Street in West End close to the G20 venue.

The mob will make their way from Roma Street bus terminal to their assembly area of choice in Roma Street Parkland for a dumpster vegan breakfast at 7am, where the low-lifes will emerge from under bushes and from behind trees to distribute meths, ketamine and energy drinks to radicalised Aborigines to get ’em all fired up. The parade gets underway at 10am.

A second unit shall commence their march from Post Office Square. 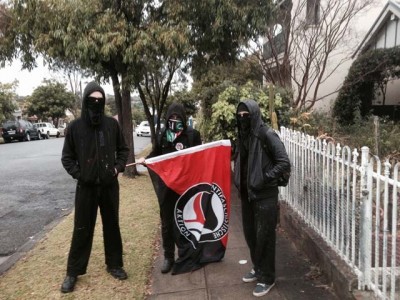 At some point the two groups will link up.  The red and black flag waving Mardi Gras will then cross the Brisbane River and wind its way towards the cordoned off convention centre security area, somehow.  When it is all over, wounds shall be licked and stomachs pumped in Musgrave Park.   For more information contact Sam Watson 0401 227 443 or Jade Slockee 0437 084 595.

Of course the media spin of being a Deaths in Custody rally is just a front to fool the police that the crowd will be political.  The anarchists know that police avoid political protests and let protesters get away with more than those committing affray. 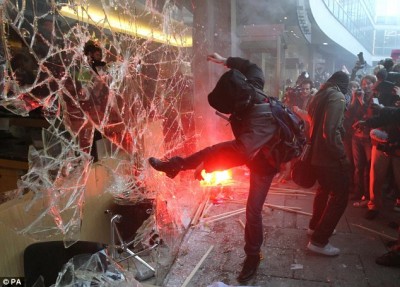 Behind the token Aborigines up the parade front carrying the lead banner, there will be the red flagged up Socialist Alliance, Socialist Alternative, Antifa, anarchists, CFMEU thugs, Occupy Movement from Sydney,  March for Marchers from Melbourne, March against capitalism, marchers against Abbott and against anything that pisses them off.

There will be a splinter group embedded amongst the marching banner and flag waving protesters into Brisbane’s CBD. They will have masked up in black bloc looking for bovver. 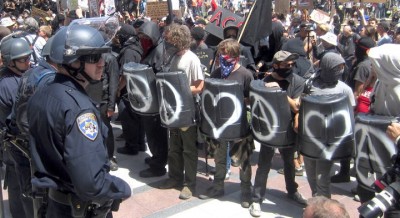 Police and shop windows are their favourite targets.

It promises to be a red banner Mardi Gras parade complete with floats, blow up dolls of Putin and Abbott, possibly with fuses.  There’ll be loud hailers stirring up the dial-a-crowd. 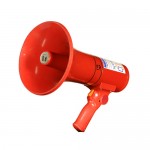 Should be a hoot.

But then again, the anarchists may just end up having dumpster icecream in Musgrave Park and leaving everyone alone.  Graham Quirk may wish. 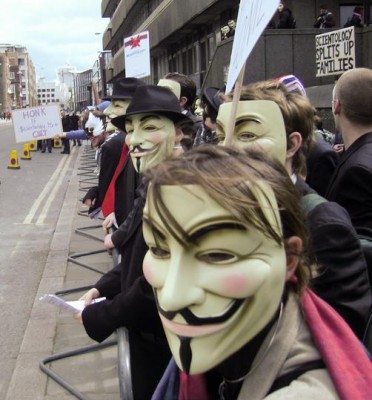