There is a growing extreme Leftist element permeating the Blue Mountains community, hell bent on encouraging more foreign illegals to Australia, while at the same time shunning our own home grown homeless nationals.

The Blue Mountains Refugee Support Group, as it calls itself, is Uniting Church based, but not benevolent to our local needy.  The group is part of a bigoted class of Australians who are happy to turn their backs on their fellow Australians to show greater allegiance to illegal immigrants.

Yet across the Blue Mountains, the Hawkesbury and through Penrith and into Blacktown hundreds of ordinary Australians are sleeping rough.   A 2010 count by charity Nepean Street Count volunteers recorded more than 700 sleeping rough or in temporary overnight shelters in this area.   But government official homeless statistics are not kept up to date, and many are conveniently excluded from the count. 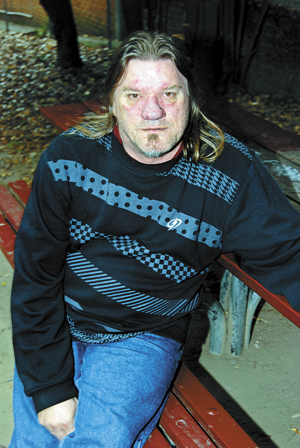 Those ill-equipped for life on the streets often get “spat out”, spinning into a downward spiral of depression and mental health problems.

But George Winston and his prejudiced band of national traitors have been garnering local support of generous Blue Mountains residents and diverting their charity this time of year to boat illegals.  They have diverted much needed food, bed linen, pillows, toothpaste and even a computer away from homeless Australians on to illegal boat people.

It gets worse.  These Illegal Sympathisers use fundraising and donations to:

Christmas is a time of giving, yet most of the illegals arriving in Australia are Muslim or Hindu or Buddhist.  Not only are Winston’s Leftist lot betraying Australians, they are betraying their Christian faith, denying Peters to support Ahmeds.

This underhand and perverted group are part of a worrying Traiter Class.   Numbers of church goers in Australia are declining, so the Uniting Church is aligning itself increasingly with foreign illegals to be a new stream of recruits for their church.   The plot has been borrowed from the desperate Labor Party’s recent trend to align itself with immigrant dominated electorates to secure power.  Since Labor has become a toxic brand with ordinary Australians, foreign alignment has become the core strategy of this vacuous political party.  Immigrants aren’t aware of Labor’s record and so can be more easily conned.

The Blue Mountain Refugee Support Group justifies its charity provisioning for illegals thus:  “Many donations are raised through church groups, reinforcing the significant role such organisations play in addressing the shortfall in governmental provisions”

Well, if our own national government cannot afford to cater for the hordes of illegals they allow into Australia, why are they letting so many in in the first place?  New Zealand has a sensible quota for asylum seekers so that it can properly cater for and integrate such people into New Zealand society without imposing an unfair burden or causing adverse social consequences.  Australia would be wise to follow New Zealand’s lead on this important issue.

Blue Mountains residents need to be a wake up to the invasion stream of illegals, many of whom are economic migrants feigning persecution.  If they keep going the way they are, it will be only a matter of time before the Blue Mountains harbours a detention centre and becomes another foreign ethnic enclave. 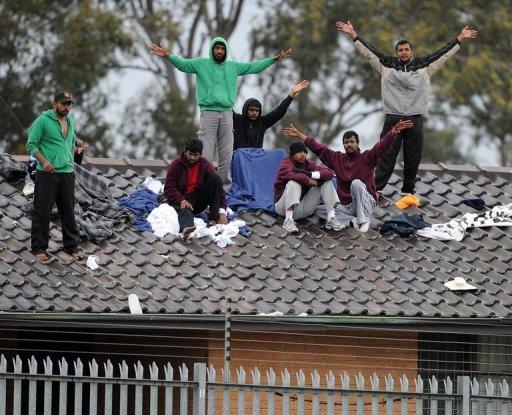 We want your jobs, your houses, your land!

Australian borders exist so that Australians and their homes are protected from the hordes of Slave Third World breeders seeking welfare.  The more that arrive, the more Australia’s living standards are dumbed down to the base level of the countries from whence they come.

For George Winston and his Traitor Class, they are more than happy for Australia to dumb down to the Slave Third World like India, Pakistan, Burma. 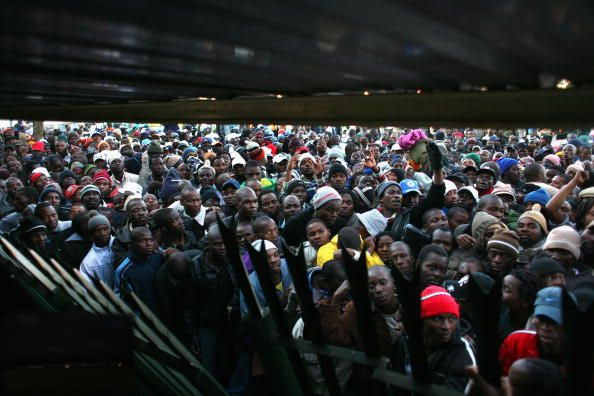