Warrant Officer Kevin Conway, killed during the battle of Nam Dong in South Vietnam on July 6, 1964 was buried in Kranji War Cemetery in Singapore.  Initially buried in Saigon, his remains were relocated to Ulu Pandang Cemetery Singapore before being removed again to Kranji.

Some twenty-six Australian service personnel were buried in Terendak Military Cemetery in Malaysia, including WO2 Ronald Lees who had previously served in the Malayan Emergency.  Another eight Australian dependants were also buried in Terendak, making a total of 35 Australians buried at the two cemeteries. 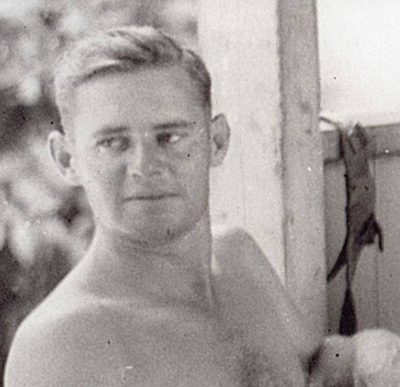 But yesterday, thirty-three of these Australians were finally returned home to Australian soil and their families are highly thankful.   It was the right thing to do.  To be congratulated is the Vietnam Veterans Association of Australia NT Branch and its tireless Operation ‘Bring Them Home’ campaign.

“Chip’n away. Wish I could shake more hands – our boys deserve more than this. Chin up to those who’ve donated.”

Among those interred were Major Peter Badcoe, Portsea’s first VC recipient and ironically the first OCS Portsea graduate to die on operations along with Private Dal Abbott, a 1RAR soldier killed at the Balmoral battle on May 30, 1968. They are the only two Australians remaining at Terendak, Major Peter Badcoe VC at his family’s request and 1RAR’s Pte Dal Abbot whose family continue to deny his return. 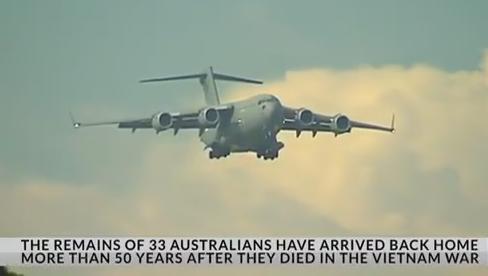 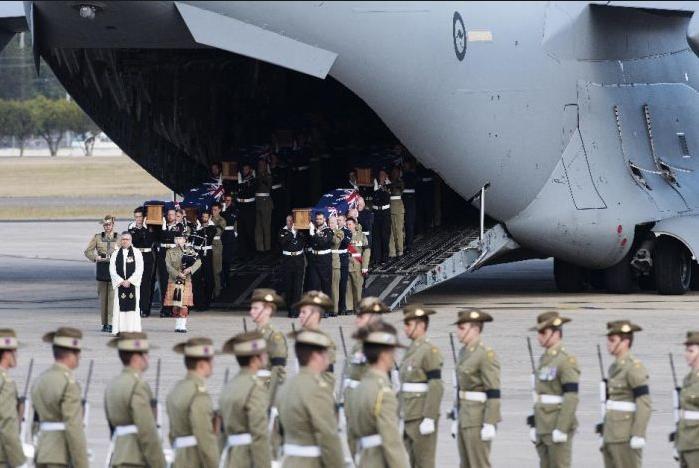 Finally back on Aussie Soil

This repatriation seeks to ensure that all Australian service personnel who died in the Malayan Emergency and the Vietnam War are to be finally treated equally – or at least make up for past mistakes.   Up until 21 January 1966, Australian service personnel who died overseas after the Second World War were interred in the closest practicable ‘Commonwealth’ cemetery, ‘then ‘normal practice’, unless the next of kin elected to have the remains returned to Australia at their own expense.  This return home of the bodies was part of a government-funded programme announced by former prime minister Tony Abbott and is one of the largest in Australian history.

Draped in Australian flags, the coffins were led by a chaplain, lone piper and drummer, and carried by Australian Defence Force men and women, into a private ceremony where the family members grieved.

Governor-General Sir Peter Cosgrove spoke at the ceremony, saying the repatriated veterans and civilians were a precious part of the national community and now an honoured part of the Australian military family.  The first one killed in Vietnam, was WO2 William Hacking on the 1st June 1963, was brought home at Government (public) expense.  But 35 weren’t.  The Army callously demanded £500, a small fortune by today’s standards to repatriate remains to Australia.  The family couldn’t afford it.   It was equivalent then to half a year’s wage ($30,000 today). And they’d just lost their loved one.These Soldiers fought for their Country and made the Supreme Sacrifice and the Government of the Day wanted the NOK and Families to pay for their repatriation back to Australia.

These families had no choice, either pay up or be buried in Malaysia.  This was a terrible way to treat bereaved families, and it caused further heartache as these relatives had the extra burden of that huge guilt of not being able to afford to bring their loved ones home.

Fifty two years later, yesterday and happily paid for by Australian taxpayers, 33 were returned to Australia.  In 33 coffins, they were driven in 33 hearses from the air base in procession from RAAF Base Richmond to Parramatta, where members of the public were able to gather to pay their respects.  Thousands lined the route.

The names we can find of the 35 – may be someone who knows more can contact us. (Read More:  http://www.vvaa.org.au/terendak.htm): 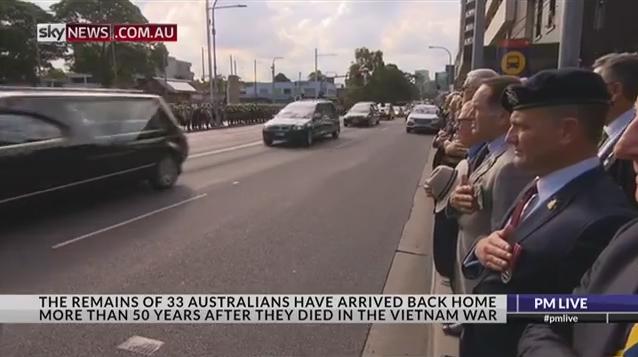 A private service for the families of the 33 war veterans was held.  Over the next three weeks, the families will hold their own private burial services across the country and finally lay their loves ones to rest at home in Australia.

“It’s lovely it’s happening and I feel peaceful about that, but it’s very traumatic,” Lt Brian’s widow Sara Ferguson said of the day, which came two years after she began campaigning for his body to be returned home.   She was 21 and pregnant when her husband died.

“It was leaving him there that was the hardest part. I had to walk away and come home without him, because I was over there,” she said.

David Brian will be reinterred in the Anzac Section Pinaroo Lawn Cemetery, Brisbane on June 10, with members of his platoon present.

Cpl Reg Hillier (MID) was killed in action serving with 1st Battalion Royal Australian Regiment at Vo Dat, Binh Tuy Province, aged 26. He had served in Vietnam 187 days.  Reg was the son of Hedley Hillier and the brother of Barbara, Margaret and Jim. Reg was buried at Terendak Military Cemetery, Plot CoE, Row A, Grave 14.  His father’s wish has finally been honoured: “I want my dead son bought home”.(NT News 1965 Dec 3).  Nikki Ross (great neice) “Reg was buried overseas with not one family member in attendance, and all we have are photos of his funeral service and his headstone which is the one thing the Government did do.”

Reg Hillier was the only Northern Territorian to be killed in Vietnam. The VVAA NT Rural Sub Branch hall is named after Reg – Reg Hillier House. There is a park in Palmerston in his memory and a plaque on the Darwin Cenotaph.

The Malayan Emergency was declared on 18 June 1948, after three estate managers were murdered in Perak, northern Malaya by guerrillas of the Malayan Communist Party (MCP), an outgrowth of the anti-Japanese guerrilla movement which had emerged during the Second World War.

Australia’s involvement in the Emergency went from 1950 involved the RAAF and the Australian Regular Army – 2RAR, then 3RAR and then 1RAR in jungle warfare supporting the British and Malay government against the communist insurgents.  Thirty-nine Australian servicemen were killed in Malaya, although only 15 of these deaths occurred as a result of operations, and 27 were wounded, most of whom were in the Army.

From the time of the arrival of the first members of the Team in 1962 almost 60,000 Australians, including ground troops and air force and navy personnel, served in Vietnam; 521 died as a result of the war and over 3,000 were wounded. The war was the cause of the greatest social and political dissent in Australia since the conscription referendums of the First World War. Many draft resisters, conscientious objectors, and protesters were fined or jailed, while soldiers met a hostile reception on their return home.

More than 100,000 Australians have died in wars prior to 21 January 1966. Their graves and memorials lie in 84 countries around the world and are maintained in perpetuity through the Office of Australian War Graves.’  (Australian War Memorial) 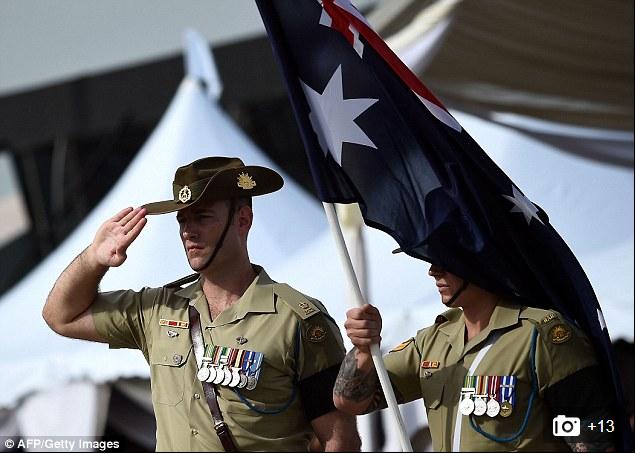