When have Islamic muftis, all male and old, been forcibly circumcised?

Never, because Islam is ancient ideological dictatorship over ordinary people, and worse patriarchal misogynistic oppression against women.  Islam is evil and so has no place in civilised Australia.

When ‘moderate’ Muslims do nothing, all Islamics are barbaric extremists.

Does Canberra wish Australians to unconditionally multiculturally embrace the barbaric and the uncivilized?  If so, then shut down Canberra. Let rein civil unrest to defend Australia values against the barbarism of a dictatorial and anti-Australian government! 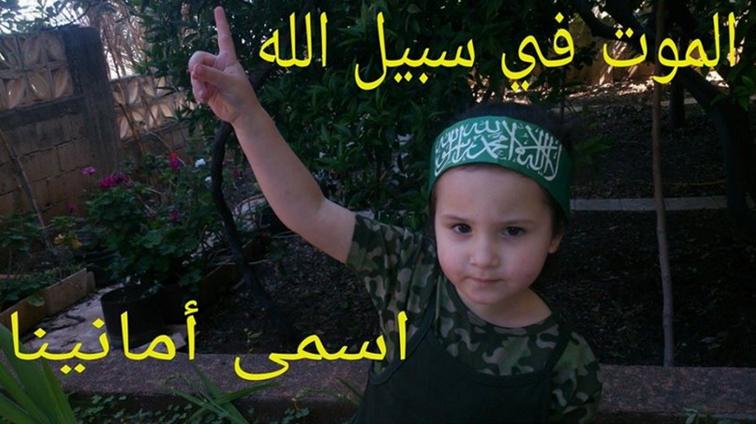 The moral failure of Islam:  “Dying for the sake of Allah is our loftiest hope.” (translated)

According to Islam dogma, pure Muslim females at age 7 are mutilated by Muslim men as a fully sick sign of Islamic Sexual Purity’. How evil? 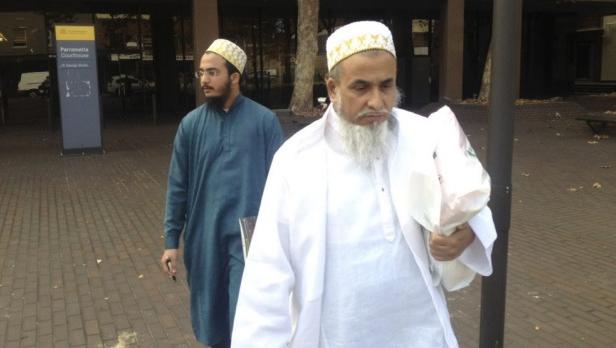 The evil face of Islam secreted under the veil of institutional multiculturalism.

The former midwife has this week been convicted of performing the religious female circumcision.  Yet the evil bitch has been granted bail. 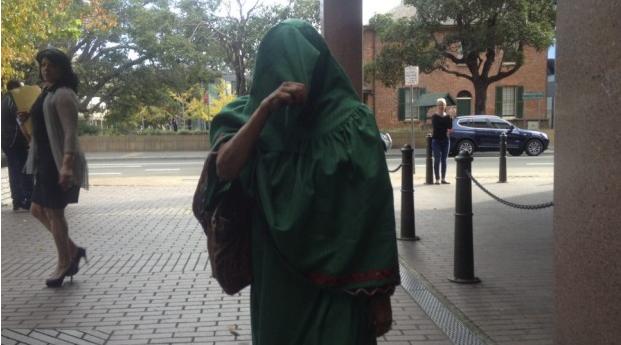 When the little girl appeared on the courtroom television screen, Justice Peter Johnson removed his horsehair wig.  The NSW Supreme Court judge asked the three barristers acting in Australia’s first female genital mutilation trial to do the same, to make the nine-year-old witness, known as C2, feel at ease.

“I don’t think it will have a magical effect, but I hope it will make us look a little more human,” Justice Johnson told the jury.

It was a poignant act that symbolised the youth of C2 and her sister C1, the victims of the mutilation, and the extremely sensitive nature of the things they were to talk about, via video link from another room.

On Thursday, a jury found the girls’ mother, who can only be known as A2, and a former midwife, guilty of mutilating the clitorises of the sisters during ceremonies in Wollongong and Sydney between October 2009 and August 2012.

All three, the Islamic mother in a burqa, the Islamic midwife with sharp knife in a burga, and the old sheikh were all members of the Dawoodi Bohra Shia Muslim community.

The sisters, who were given pseudonyms by the court to protect their identities, were interviewed by a social worker at their school in August 2012, after police received reports of female genital mutilation within the religious sect.

C1 said that when she was about seven she went with her mother to a house in Wollongong, where the midwife laid her on a bed and carried out a procedure known as “khatna”, which involved a “little cut down there”.

When the social worker asked her why it happened, C1 replied: “It’s a part of our culture and it has happened to every girl.”

C2, the younger sister, told police similar details, saying she was hurt on “the bottom”.

C1, who is now 11, later gave evidence that she saw the midwife holding a tool that looked like scissors.

The defence argued the ceremony was “secret women’s business”, involving a symbolic touching of the girls’ genitals with forceps, and there was no physical evidence of injury.

The midwife’s barrister Stuart Bouveng asked C1 what kind of pain she experienced during the procedure.

The jury heard hours of telephone intercepts, including a call A2 made to an aunt in which she said: “Honourable maternal aunt, we had [C1], [C2] circumcised hadn’t we?”

There were also several calls in which the girls’ parents spoke about whether they could tell police it happened in India or Africa.

Dr Sonia Grover, a paediatric gynaecologist, told the court it was possible the tips of the girls’ clitorises had been removed, but there were other more likely medical explanations.

“If you were going to remove tissue, it would hurt and bleed,” she said. “The information I was given was that the girls did not complain of pain or problems in the days after. So it means whatever was done was a minor procedure.”

After the verdict, Crown Prosecutor Nanette Williams asked that bail be revoked for all three offenders, arguing that there was a risk they would flee the jurisdiction and that they now faced jail.

The police officer in charge of the investigation, Detective Sergeant Eugene Stek, told the court he was concerned that the offenders would be protected by their close-knit community and possibly assisted to leave the country now that they had been convicted.

Sergeant Stek said that, on the day Vaziri was arrested, he had been about to leave the country for India.

He also said he was worried that some or all of the offenders would encourage fellow members of their community to hide other instances of female genital mutilation if allowed back into the community.

But Justice Johnson refused the detention application, allowing the trio to remain on bail subject to strict conditions, including the surrendering of their passports and other travel documents.

They will return to court on February 5 for sentencing. 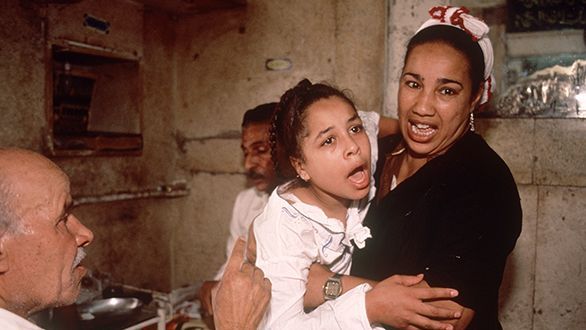 Islamic Female Genital Mutilation (FMG) – when you shockingly learn that you can never trust your Islamic mother.

In the barbaric Islamic world, up to 140 million women and girls alive today have been subjected to female genital mutilation.

The average age of a girl who undergoes FGM is 10 years old. Many argue these extremely young girls are too young to be able to consent to the practice. And, even if a young girl does consent, many advocates working to stop FGM claim they are radically misinformed, voiding any sort of agreement.

This barbaric practice is most common in Africa and the Middle East, yet Australian Immigration, strategically staffed by Islamics, do not required renouncement of such practice on arrival in Australia.

Australia must deny a visa to anyone who does not legally agree to complying with Australian Christian principles, values and our national laws.

Else rejection and the cost of auto-deportation needs to be borne by the place from which the scum cometh. 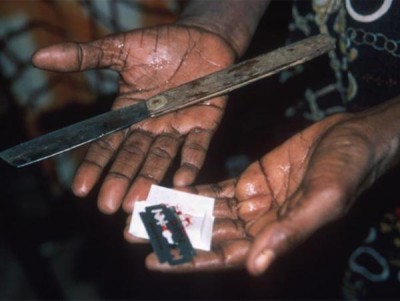 This is Islam.  Do you want a mosque in your neighbourhood?

The Greens and Labor’s Tanya Plibersek celebrate such multiculturalism with Islam to thrive in Australia’s mainly urban communities across Sydney and Melbourne.

Tanya Plibersek is one sick bitch feminazi multicultist. One suspects like civilized Australian women she has retained the sanctity of her own womanhood.

So why does she embrace barbaric FGM Islam? Why does Tanya Plibersek a so-called feminist supporting the human rights of Australian women and girls, immorally and hypocritically turn a blind eye against publicly challenging imported Muslim hardline patriarchal misogynistic oppression against these same women?

Tanya, you are a political disgrace to womanhood! 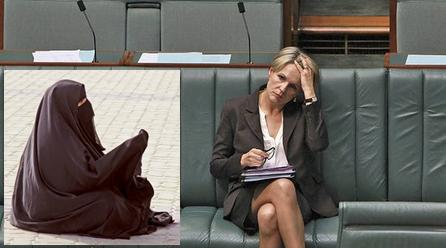