Today, August 18 2014 marks the 48th anniversary of the Battle of Long Tan in 1966 during the Vietnam War between Australians and Vietnamese.   The Australians who served in Vietnam were a blend of professional soldiers augmented by National Servicemen drafted through a national ballot.

The battle of Long Tan was the most famous ­battle fought by Australian troops during the Vietnam War, and included National Servicemen.  The battle began on the afternoon of August 18, 1966, and continued through the night until the next morning and left 18 Australians and 245 Vietnamese dead.

Vietnam Veterans Day is commemorated on 18 August every year.

The day was originally known as Long Tan Day, chosen to commemorate the men of D Company, 6RAR who fought in the battle of Long Tan in 1966. On that day, 108 Australian and New Zealand soldiers fought a pitched battle against over 2,000 North Vietnamese and Viet Cong troops in a rubber plantation not far from the small village of Long Tan.

The Australians prevailed, but only after fighting in torrential rain for four hours. They were nearly overrun, but were saved by a timely ammunition resupply, accurate artillery fire from the nearby Australian base, and the arrival of reinforcements by armoured personnel carrier.

Eighteen Australians lost their lives and 24 were wounded, the largest number of casualties in one operation since the Australian task force had arrived a few months earlier. After the battle the bodies of 245 enemy soldiers were found, but there was evidence that many more bodies had been carried away.

On the third anniversary of Long Tan, 18 August 1969, a cross was raised on the site of the battle by the men of 6RAR. Veterans from the battle gathered at the cross to commemorate the fallen, and the day was commemorated by them as Long Tan Day from then on. 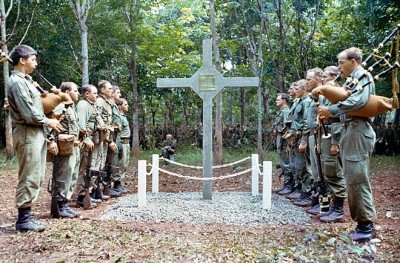 Over time, all Vietnam veterans adopted the day as one to commemorate those who served and died in Vietnam. In 1987, following the very successful Welcome Home parade for Vietnam veterans in Sydney, Prime Minister Bob Hawke announced that Long Tan Day would be known as Vietnam Veterans Day. Since then, it has been commemorated every year as the day on which the service of all those men and women who served in Vietnam is remembered.

So on this day here at home, and right around the world, Australians gather to remember.  Above all, we honour those who gave their lives in Vietnam, and whose sacrifice in Australia’s name will never be forgotten.  It is not to glorify war but to remember the comradeship, support, courage and sacrifice of those around the world who fought, those who supported them, those who died and those who still feel the loss today.

Australia’s official Nominal Roll of Vietnam Veterans lists approximately 61 000 men and women who served in the Royal Australian Navy (RAN), Australian Army and Royal Australian Air Force (RAAF) in Vietnam, or in the waters adjacent to Vietnam, during the conflict between 23 May 1962 and 29 April 1975.

In response to changes in the criteria for the Vietnam Logistic and Support Medal (VLSM) in 2013, the Nominal Roll also includes RAAF personnel who served in Ubon, Thailand, between 25 June 1965 and 31 August 1968.  More than 1 600 Australian civilians were members of groups that were either included in the Veterans’ Entitlements Act 1986 or were eligible for a campaign medal. 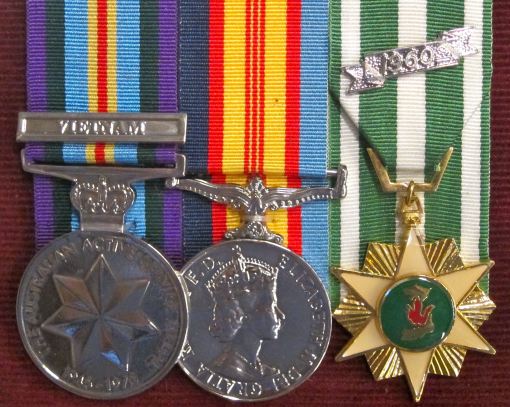 The Department of Veterans’ Affairs is compiling a list of those onboard HMA Ships Quickmatch and Vampire during the ships’ visit to Saigon between 25 and 29 January 1962. The ships’ lists for this period cannot be located and crew members are encouraged to contact the Nominal Rolls team so that the list can be completed. The names that have been identified so far are available on the HMA Ships Quickmatch and Vampire page.

At a Vietnam Veterans Day service at St Matthew’s Church at Manly today Mayor Jean Hay said the service was to remember all of the Australian men and women who served in the Vietnam War, including the more than 500 service personnel who were killed in the conflict.

“Many of our Vietnam veterans returned to this country, their duty done with skill and courage, only to have their service overlooked amid the great controversies that engulfed the conflicts in Indochina,” Cr Hay said.

“However today Australians have learned to more fully appreciate the great contribution our Vietnam veterans made to help preserve our freedom and to advance the cause of democracy in the Asia-Pacific region. For that we owe them a great debt.

“It is a sad fact that many Vietnam veterans continued to grapple with emotional and physical health problems long after the war. They deserve our respect and compassion for that, too.”

While Long Tan remains symbolic, 500 Australians died elsewhere in the conflict, and hundreds have died since from physical and psychological wounds. Veterans live with their memories constantly, and the real test of government and community understanding and gratitude is how they are treated every day. 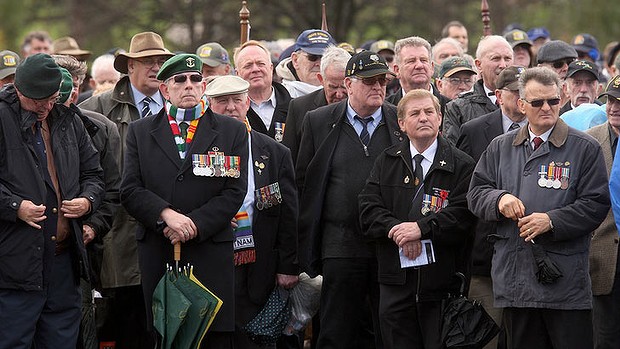 There is a need “to recognise the difference between those who were sent overseas and those who sent them and the damage that this caused to so many.”