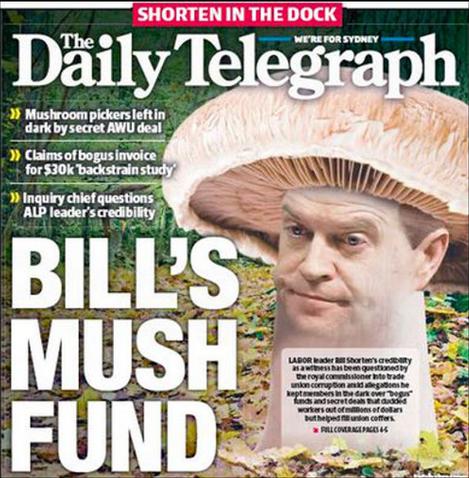 When Bill Shorten ran the Australian Workers Union as national secretary, he did deals for his union mates and stole from workers.  He scammed a dodgy deal in the early 2000’s with Victorian mushroom grower Chiquita Mushrooms to secretly extract $4000-a-month from workers for the AWU “to buy industrial peace” at Chiquita.

He then got Chitiqua to make the workers redundant so they could reapply for their jobs as casuals with no entitlements at lower rates through labour hire company One Force.  The redundancy payments were half those owed to workers.  The scam saved Chiquita high WorkCover premiums.

Previously, in a dodgy 1998 enterprise agreement signed by Mr Shorten’s AWU Victoria and Cleanevent, 5000-odd workers lost $400 million in entitlements by removing night-shift penalties and weekend loadings. Shorty’s dodgy deal was highly beneficial for Cleanevent because the bulk of cleaning work was conducted outside office hours, and during weekends, cleaning up after events.  Between 1998 and 2004 the deal saved Cleanevent more than $60m, when adjusting the annual wages bills for the savings arising from the EBA.

The workers were collectively about $420m worse off than they would have been had leave loadings not been removed from the EBA.

Labor is a wholly-owned subsidiary of militant unions.  Labor’s loser Bill Shorten has delivered on a “dirty deal” with the CFMEU that ensured union support for his Labor leadership in return for voting down the construction industry watchdog.  He chose his own ambition over a plan to protect businesses from intimidation, thuggery and cost blowouts.  Billy sold out the workers at the Australian Workers Union.

Then he secretly and illegally donated $100,000 of members’ funds to leftard lobbyist GetUp! while he was board member in 2005 to prop up his campaign to control the Labor Party.  Then in 2007 he donated another $25,000 of members money to fund his own election campaign in 2007.

He also extracted a political donation of about $40,000 from a labour hire firm Unibilt. 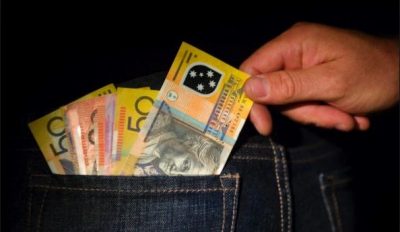 And while workplace relations minister, Shorty approved an $11 million grant to the ACTU’s training arm as well as gifted $27 million of taxpayers’ money to unions over four years Labor was in government.

From 2009 to 2013, Labor’s Department of Employment paid out $25.8 million to the ACTU’s Union Education Foundation (UEF), including $20 million to train union delegates and $2.2 million to represent workers at the Fair Work Commission and Safe Work Australia.  The Australian Services Union, the Construction, Forestry, Mining and Energy Union and United Voice also received a total of $1.3 million to educate workers in their sectors on workplace issues.

Shorty also approved $2 million for the ACTU to participate in the Fair Work Commission’s modern award reviews in 2013 and $2.25 million to “represent their stakeholders” at Safe Work Australia in 2012.

The union movement sits on $1.5 billion in assets and receives $900 million in revenue each year mainly from industry superannuation funds and worker entitlement funds. 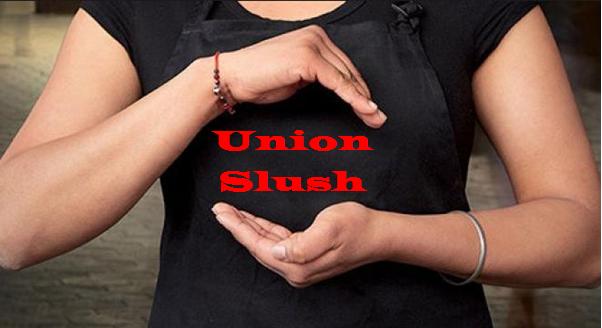 Never turn your back facing Shorten, you just never know if you’ll end up with a dagger on your spine.