Christmas is a month away.  The first anniversary of the Islamic terror attack on Sydney’s Lindt Café is less than that.

When it comes to dealing with the Islamic terror threat, Leftists of the world avoid the problem and even blame the victims’ use of free speech for inciting Islamic radicalization.

France copped its Islamic wake up call last January with the Islamic terror attack on Charlie Hebdo for offending muzzies.  France suffered 12 murdered and 11 attempted murdered.  Yet France’s Leftist President François Hollande did precious little to deal with the known jihadist threats before and after.  Ten months later, France cops Islamic mass terror attacks on November 13 at six crowded locations in central Paris.  France sufferred another 129 mass murdered and more than 180 attempted mass murdered.  The massacred Bataclan theatre is just half a kilometre from the Hebdo office massacre.

The French are suffering.  Their government is catastrophically failing to safeguard the liberté of French society even in the cultural heart of Paris.

In Australia, the soft-on-terror Lefties in Labor and now heading up the Liberals, wait and follow Europe’s and Barrack Obama’s political distractions.  Putin recognises weakness when he sees it and calls it such.

Wake Up Lefties:  mass immigration with multicultism, invite the lowest of the low into your home

It only takes one radicalized Islamic refugee. Australia copped its Islamic wake up call last December, a month before Paris, when Iranian refugee Man Haron Monis at Sydney’s Lindt Cafe took 17 hostages and murdered one.  Another Martin Place coffee drinker sustained collateral damage in the bungled raid by NSW Police.  Last month it was Parramatta’s turn – Islamic murdering one police worker. Many more Islamic conspiracy plots have been thwarted – mainly in Sydney and Melbourne where the Islamic ghettos and their mosques have secured a foothold.

Turnbull (aka ‘Backstabber 3’) has just returned home to the Australian people from his global junket saying he shares “a common purpose and a common strategy” with Obama. Token interference?   Mal’s even suggested a live ceasefire in Syria, round table talks with ISIS and offering them power-sharing.  Turnbull: “It is clear that the principal determinants of the people that will decide who can be in or out are going to be the people in Syria … There needs to be a ceasefire … and there needs to then be a power-sharing deal.” 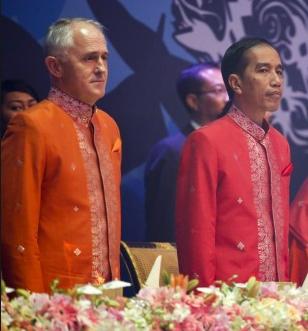 So what are Malcolm’s plans to protect Australia from a Paris-style escalation of Islamic terror?

Malcolm’s populist “sobering thought” about the threat of terrorism to Australia is to downplay links between refugees and terrorism so 12,000 Islamic Syrians come on down. We have a Liverpool caliphate in western Sydney ready to be enclaved a no go zone.

We don’t want to inflame tensions Mal reassures Australians after the Islamic terror attack in Parramatta, without using the word Muslim or Islam.

Instead, Mal the Muzzie Appeaser judged “it was an act of politically motivated violence.”   None of the Muslim leaders in Australia have renounced terror or condemned jihadist attacks, yet naive Mal wants to enlist their support to flight terrorism and violent extremism.

“The muslim community is our absolute necessary partner in the battle against extremism,” Mal consoles.  “Mutual respect is key to Australia’s success as multicultural society.”  Kumbaya with Allah.

Mal’s mate Mike Baird in Sydney, wants cohesion – for Aussies to all to hug a Muslim.

But even better, Mal has secret plans to reform Islam – FULLY Aussie style. He’s in secret preference deal talks with the newly formed Australian Muslim Party.  Sharia in a land of Australian values?  How oxymoronic!   How divisive!

Mild Mal wants to chat with the party’s founder Diaa Mohamed about peace and reform.  Muzzie Mohammed (34) works in Islamic western Sydney and is a devout Islamic doing his prayers five times a day at Lakemba Mosque.  Of course he does.

Mohamed wants his Australian Muslim Party is purely an Islamic faith political party to counter Fred Nile Christian Democrats and the Zionist Party for Freedom. He wants to field Senate candidates in all states and territories at next year’s federal election and also contest upper house seats at state level.  May be swollen head Salim Mehajer will step up to be a senate candidate?

Mohamed’s election platform is promoting sharia law, halal certification, women in burqa, FGM, amnesty for the 21 thug muzzies locked up in Goulburn Supermax for terrorism offences, and for Australia accepting 12,000 Syrian muslims in Liverpool.  Hey this is a chance for Islamic journo Waleed Aly to finally find his calling and enter politics!  Senator Waleed! 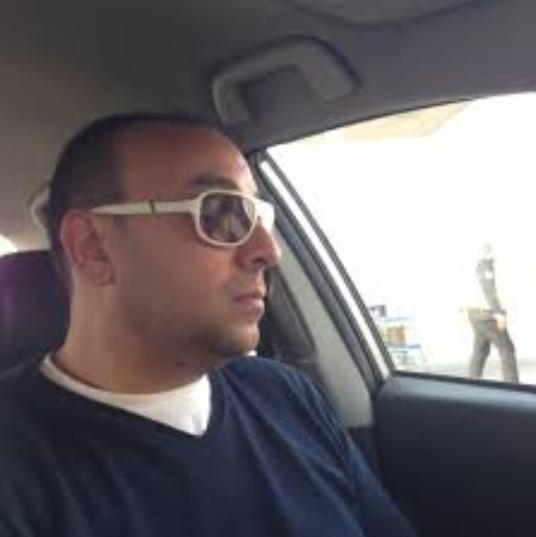 One reform suggestion is the New Concise Qu’ran translated into Aussie English with an esoteric hermeneutical interpretation, that is without the nasty epistles.  Perhaps even with popup picture book version like Dicken’s A Christmas Carol.

One Islamic reform suggestion with an Australian flavour is the idea of the ‘Burqini’ a hybrid between the bikini and the burqa.  Trials could start at Cronulla, but more up the beach away from the cruising one eyebrows in the 3 inch turbo back exhaust WRXs. 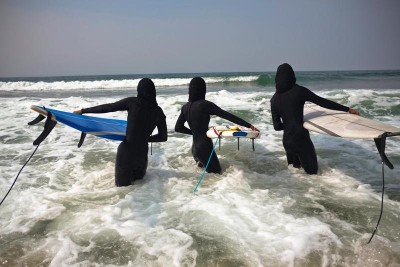 Another is Burqa Banish Bins, where liberated Aussie muzzies can conveniently banish their burqas.  Suitable skips outside mosques would be ideal. 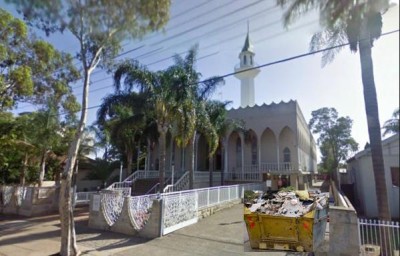 Another reform is to tone down the Allah index finger.

Meanwhile, what is Labor’s latest plan to deal with Islamic threat?

Labor Vague on our National Security

“The frontline of dealing with terrorism will be from within the communities in which these few violent extremists live,” Mr Shorten said.   Bit Laissez–faire Bill.  Bill wants to wait for what the Liberal Government decides and then frame his media soundbite.  Otherwise, Bill is all talk, no plans.

Billy says he wants to topple Assad in Syria and let religious forces fill the void in the war-torn region.  His deputy Tanya Plibersek has argued Australia’s assistance should primarily be “humanitarian” – for our fighter jets to drop food hampers over Syria.  Boxing Day would seem appropriate timing.

But Labor does have a plan to protect Australia?

Labor’s party political plan is to remain relevant with more important matters to it get back in the headlines. Aside from Bill’s Pacific holiday junket early this month in the name of the Global Warming cause (someone had to do it), Labor’s election plan is to increase cigarette taxes.

That will definitely do it!

Labor’s Catherine King, an Emily Lister, pro-Deviant Marriage advocate and leadership hopeful has today unveiled Labor’s election plan to gradually increase tax on cigarettes.   By 2020, no Australian will buy a pack of ciggies under $40.  Really?

Shorten says Labor’s own National Tobacco Strategy shows a “stark” difference from the Government.  Hawkie’s electioneering goal back in 1987 was more inspirational – that “by 1990 no Australian child will be living in poverty.”  Hasn’t happened!  Although with all Labor’s immigration, millions of foreign migrants are richer than Australians in Australia thanks very much. 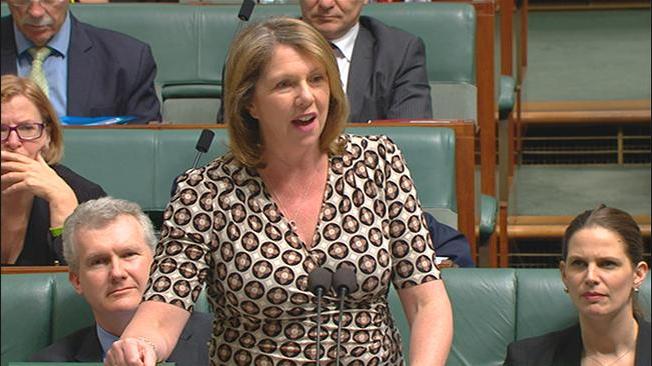 But no, Catherine King has already earmarked the magic pudding revenue to “very important health initiatives” oddly enough back into her own health portfolio, or pay for Gonski’s plan to fund immigrant children.

Social worker, Catherine King is a hypocrite.  King was part of a Labor Government that wasted billions which by 2013 was costing Australian taxpayers $20 million a day in interest payments.  Kind presided over Labor’s $1 billion wasted digital health record white elephant.  Few doctors or patients trusted it and no wonder; it was easily hacked.

Sydney and Melbourne remain increasingly vulnerable to a Paris type mass murder terrorist attack.  Convince us that is not certain. 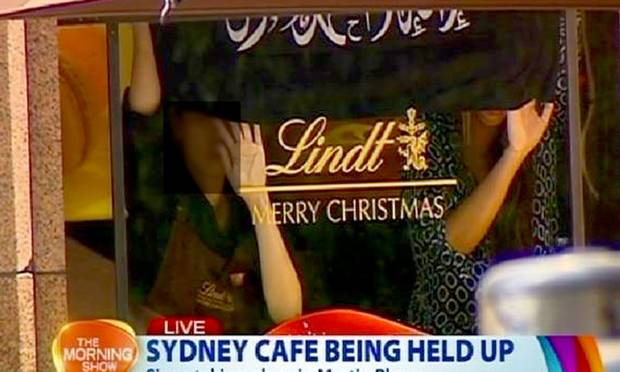