Both the Labor Party and Liberal Party (‘Laborals’) have become blindly evangelical about the export revenue benefits of Free Trade as if it were an economic vaccine against our domestic business unprofitability.

What corporate lobbyists selectively ignore is the flip side of the Free Trade spin that encourages cheap import dumping to kill local business – agriculture, production, manufacturing, industry, and our Australian jobs with them.

What the collective Laberals naively blind side is that Free Trade is a shonk.  All trading partner nations with Australia have their governments subsidise their own industries in other ways besides trade tariffs.  But the tariff effect remains.  Only the Aussie producers lose out while the Laboral politicians turn a blind eye to the supply chain reality, and the Slave Third World wage reality.

They postulate that Australian industry should be more innovative to gain competitive advantage with two bit paid Chinese, Indonesians or Chileans.  Good one.  Demonstrate how lads!  Which of these politicians ever did an honest day’s work in private enterprise in their life?   Which of youse have ever run you’re own business, let alone a farm or a factory?

The National Party typically are all talk, red faced actors, attracting only consternation from the Bush.  Election on election, the National Party have shrivelled to being no more than Bush spin doctors to garner Laboral preferences out of the Bush.

The Nationals only exist to buy the City Corporate Liberals votes.  As soon as the Liberals predictably won office over useless Rudd Labor in September 2013, one of Tony Abbott’s first announcements was silencing the Nationals by luring and netting Barnaby Joyce into his Agricultural Ministry.

The entire voice of rural Australia became entrapped within Barnaby Joyce’s Agricultural Ministry.  Hairy-chested bleater Joycie promised “a much more definitive test of the national interest when the Foreign Investment Review Board considered foreign purchases of farmland and agribusinesses.”

A month after the election Barnaby went all silent on the impending American takeover of Australia’s largest biggest agribusiness, GrainCorp. 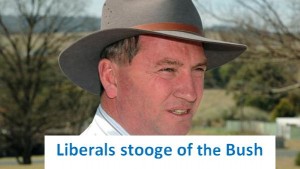 Joycie’s in political form again all hairy-chested in front of the television cameras.  Red-faced he proclaims he will ‘ask’ (grovel to) Liberal Treasurer Joe Hockey for a $7 billion taxpayer bailout of chronic drought distressed Queensland farmers.

And now suddenly, Barnaby Joyce, the Nationals hope for the Bush, goes cup-in-hand to his masters in the Liberal cabinet for a $7 billion bailout for northern Aussie outback farmers.  He wasn’t dreamin. Barnaby was bull shittin to save his own skin!

Why has Barnaby Joyce waited so long to support his drought-dying electorate?  The national election was five months ago in September 2013.  The drought hasn’t changed, just Canberra pollies, like him, on summer holidays by the coast.

According to Liberals’ lead accountant Joe Hockey, for Australians “the age of entitlement is over” and under his manifesto theory “the age of heavy lifting”.  Ignore the Australia Dollar, ignore Free Trade dumping from Slave Third World pittance wage advantage and massive financial subsidies from their respective governments.

Rural debt in Australia has reached an unsustainable level of $70bn and outback Queensland is suffering a spate of farmer suicides.  Delusional ‘free trade’ driving Australian producers not just to the wall, but over it. 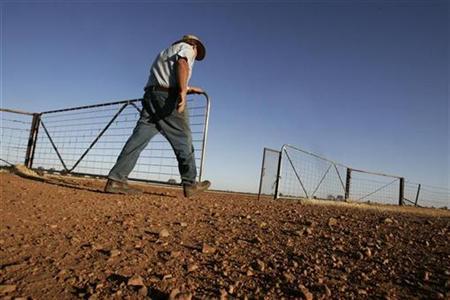 Look at all these Free Trade scams!

And the Laborals are set to tighten more FTA screws on Aussie manufacturing with these under negotiation:

With all this foreign encouraged dumping of cheap imports, this is Australian industry death by a thousand Free Trade Agreements!

All these nations subsidised their own industries in different internal ways.  It is still trade protection, while Australia remains the trading mug.

Look what happened to Rosella in 2012 – another victim of Free Trade.  Cheap imported dumping is particularly rife from Argentina, South Africa, Chile, Indonesia, Thailand and China.

But Australian food producers can’t even compete in the Australian domestic market thanks to the likes of Wesfarmers-Coles price fixing cartel.  Together they control more than 70% of Australian supermarket industry.

Rosella was the victim of the Wesfarmers-Coles price wars undercutting Rosella’s product with cheap imports next to them on the supermarket shelf.   Rosella was forced into receivership with over 270 jobs in Seven Hills, Dandenong and Auckland gone.

Generations of Australian pioneers and hard-working European migrants were invited to build Australia’s agriculture particularly in the dedicated irrigated regions of the Riverina and Murray Goulburn.  Australia has built up a skilled workforce and self-sufficiency in quality food production with fully integrated industry from farm through to grocery shelf.
Then Whitlam and Fraser dismantled Australia’s tariff structure, opening us up to Third World cheap import dumping, multi-national takeovers, and duopolies and at the same time adding more cost pressures on local manufacturing.

Australia’s manufacturing is in crisis.  It is like watching our finest go over the top and be slaughtered by the enemy.  Australian wages and workplace standards were never ever going to be able to compete with a two bit waged Third World.  The free trade deception of a ‘level playing field’ is like a L. Ron Hubbard lure to recruit scientologists.  Talks of clever innovation, research and development can only do so much.   When labour is a prime cost of production what do you do with labour when Third World competitors pay wages of $2 a day?

Who’d want to produce on a level playing field with criminal Bangladeshi factories?  But this is the Free Trade ‘hyperbowl’.

Australia and Japan are preparing to sign a free trade agreement in July 2014 when Prime Minister Shinzo Abe will travel to Canberra to address the Australian parliament.  It’s all about Queensland Liberal’s Coal Seam Gas export royalties to Japan in the form of liquefied natural gas, so Campbell Newman can repay Labor’s Anna Bligh’s multi-billion dollar taxpayer waste.

It’s all about the LibLab Pendulum of taxpayer waste followed by the flogging off of Australian public assets to pay for it all.   What should happen in such Anna Bligh catastrophes is that the Labor Party needs to be declared bankrupt and wound up.

What Australians need to do as a minimum to retain the threads of their Australian heritage and pride is to simply always: 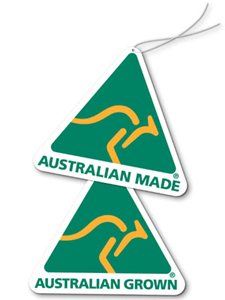