Shorten, as with all Labor power desperates, only thinks short term.   It’s just the cash that matters to Labor, to fund its addictive excesses – if that means selling the farm, so be it. When Shorten claims Labor’s Foreign Investment Review Board imposes ‘rigorous tests’ on foreign ownership criteria, rigorous just means Labor ‘de rigueur‘ – rubber stamping.

And so it was, that two months ago, Chinese State-owned property development conglomerate Shanghai Zhongfu bought the sole right to develop 15,200ha of high-value irrigated agricultural land in the Kimberley’s Ord River Irrigation Scheme.

The Chinese Government now has control of all available land to crop sugar plantations purely for its own Chinese population.  And Federal Labor along with the Liberal Western Australian Government have spent $510 million of our taxpayers money to build roads, irrigation, port and local community infrastructure to support the 50 year deal. 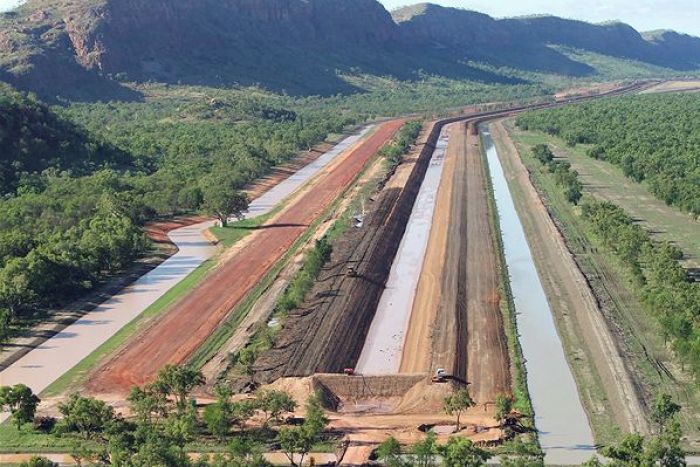 Zhongfu will be called ‘Kimberley Agricultural Investment‘ to make it sound Australian.

So this is the engaging with the Asian Century that Gillard was crowing about in her white paper – make that a yellow paper!

“Effectively what they have done is spend more than $300m of public money and given all that land that can now be irrigated and farmed to the Chinese,” Mr Papalia said.

“It’s not like the state will get much benefit from this; the sugar mill will be all Chinese-owned and so will all the profits, and where is the foodbowl in all this talk of sugar for biofuels?” 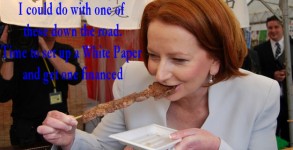