There’s something about Susan Gilmore Beach off Newcastle that attracts Third World buddhists when there’s a big swell barrelling in.

Can’t be the fish ‘cos the local fish and chippers are renowned like Jeremiah Jones, Scottie’s, Paul’s Fish n Chips.

But yesterday, around 2pm some asian ran down to the local patrolling surf lifesaver at adjacent Bar Beach pleading “come quickry!”

On discovery (sadry) some old asian rockfisher was bobbing in the sea face-down wedged between rocks. 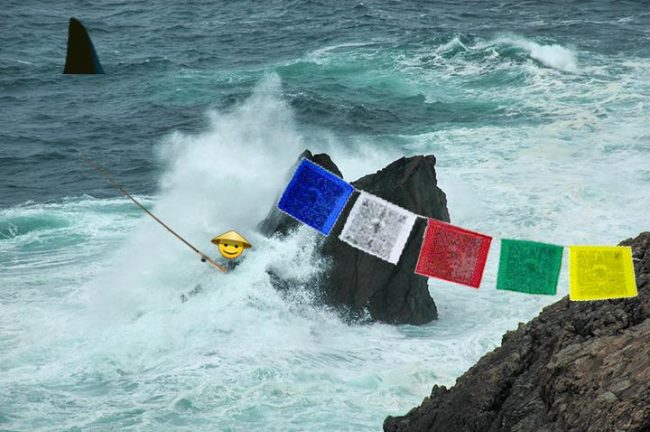 Token CPR was done, but the 70-year-old was pronounced “succumbed” and a report will be prepared for da coroner.  Nuh, must be the buddhist sacrifice thing.  Bar Beach has that freak ghost wave reputation.  There’s even a Memorial Walk and Memorial Drive along the cliff top there.  And Bogey Hole’s a clincher further along for guaranteed certain sacrifice. 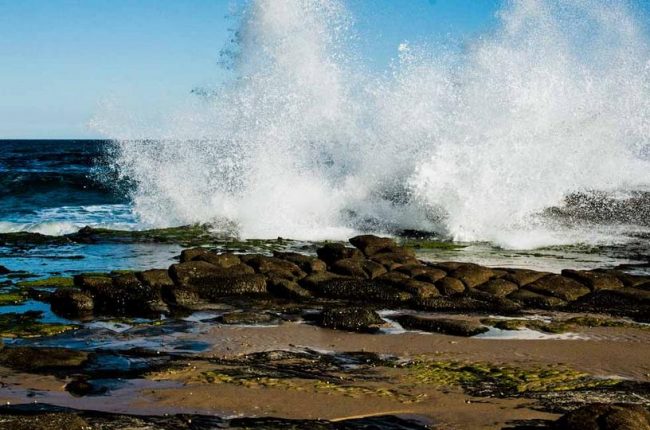 On Sunday 12 February 2017 at around 5:30pm, Cooks Hill SLSC director ‘Mark’ had just packed up the day’s beach Patrol 1, when a bunch of ethnics ran up from the beach screaming that two Third Worlders were swimming in one metre surf and stuck in the rip despite the patrol flags long coming down.

Without hesitating, Mark ran downstairs to the patrol room, grabbed a rescue board and ran 300m south to the water’s edge and entered the 2-3ft swell. Both kids were pulled onto the rescue board,only to then notice their father struggling to stay afloat.  So Mark turned around and paddle 20m back to assist him. Once in chest-deep water, Mark got off the board and put the father on with the children and pushed them to shore. Back on the sand, the surf lifesaver checked the trio was okay and breathing normally.

Mark says he was disappointed the family entered the water after the patrol had finished for the day and he gave them some advice about the safest time and place to swim – between the red and yellow flags. While the father did not speak much English, he appeared appreciative. 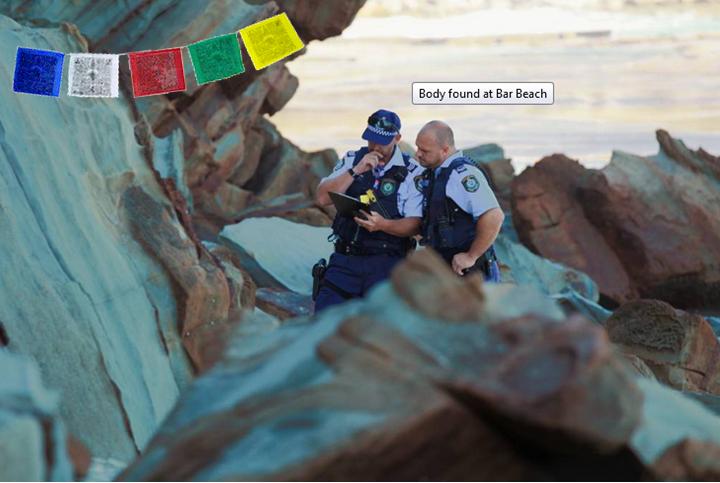 “Does it mention anything about a life jacket?”…”Nuh, just transformative inner peace.”