The Leftist ABC being the multicultist agency it is, last weekend reported another rock fisherman drowning off an ocean rock platform but didn’t disclose his nationality.

10 to 1 on he was Asian – Chinese, Korean, Vietnamese or some such extraction.

The man aged in his 50s was rock fishing with his nephew on an ocean rock platform at the northern end of Catherine Hill Bay (south of Newcastle, New South Wales) when he was washed into the ocean at around 9.30am.

If ocean rocks are wet, there is usually a reason… 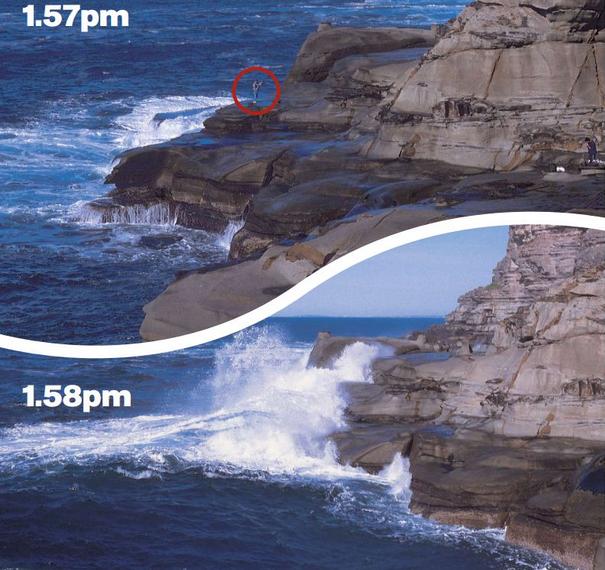 The rock platform, locally known as ‘Flat Rock‘ is well over a kilometre north of the Catherine Hill Bay patrolled surf beach on the shore of the Pacific Ocean.

The fool was not wearing a life jacket at the time and his nephew said he couldn’t swim.

Surf club members from Catherine Hill Bay Surf Club a kilometre away were alerted who immediately drove their Inflatable Rescue Boat (IRB) up to the northern end of the beach.  A local council lifeguard also launched his jet ski to help with the search.

Police and paramedics were then called to the northern end of Catherine Hill Bay shortly afterwards and the State Operations Centre was asked to provide lifesaving assets for the full-scale rescue operation – that is, ‘a rescue helicopter’ with an emergency rescue team.

The Westpac Lifesaving Helicopter eventually spotted the man floating in the ocean and directed the IRB team to his position. The man was pulled in to the IRB and CPR was immediately commenced.  Surf Life Saving NSW Spokesman Liam Howitt said lifesavers then brought the man to shore and performed CPR but it was unsuccessful.  A doctor from the helicopter and attending paramedics continued to perform advanced CPR with the assistance of the surf lifesavers for a further 25 minutes, but were unable to revive the man.

NSW Lifesaving Manager Andy Kent praised the efforts of all the first responders for their efforts in what was a difficult situation.

“This was a difficult rescue operation and every effort was made to revive the man but unfortunately all efforts were not successful in this instance,” Mr Kent said.  “Our lifesavers reacted in the way they were trained to do, and worked with the other agencies to provide the man with the best possible care.

“The circumstances of how the man ended up in the water are at this stage are unclear,” Mr Howitt said.  “It’s quite a popular rock fishing spot (recently dominated by Asians), but it’s also quite a dangerous stretch of coastline.

Mr Kent  said, “There is a dangerous surf warning in place right along New South Wales coast today” and implored the public to take the time to assess the conditions before heading out especially as a dangerous surf warning is currently in place for the entire NSW coastline.  “If you are going out rock fishing please be aware of the strong swell period and take precautions to ensure your safety such as wearing a life jacket, appropriate footwear, carrying a mobile phone, fishing with a partner and informing others of your plans.”

Police have used the incident as an opportunity to remind anglers that they should always wear a life jacket while out on the rocks.
They also recommend never going rock fishing alone and checking weather conditions before setting out.

But once again the message will fall on deaf arrogant Asian ears.  They think they’re bloody heroes. They can’t swim, can’t read the weather, yet stand in thongs of rock platforms in storms. 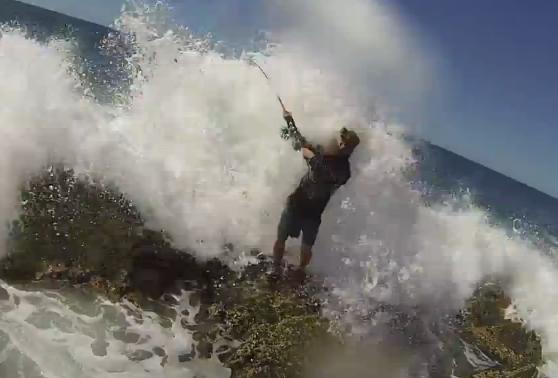 No life jacket..so why should we give a shit about ’em?

Five Asians drowned at the same spot in May 2010 while rock fishing without life jackets.  The Catherine Hill Bay rock platform is popular with Asian rock fishermen.

It was a Sunday and the Toon and Tin families left their homes in Asian-ethnic north-western Sydney to the Catherine Hill Bay rock platform ‘Flat Rock’ – a low, exposed rocky platform, often swamped by waves, from which they liked to fish.

They ignored the fact that the weather was bad, and that the surf and swell was wild.  In fact locals reported worsening conditions and then they walked out to ”tsumani-like” seas.

A Gosford couple, Andrew and Sharon Bourke, believed to be the last people to have seen the five people alive, said the seas were the most unpredictable they had seen in the 10 years they had been visiting the picturesque stretch of coast.  The couple said they watched as the fishing party walked past them in clothes ”like they were going to the supermarket” despite the worsening conditions which saw some waves reaching well over three metres.

Mrs Bourke said the conditions were so dangerous she said, ”Really, the only thing you could compare it to was a tsunami because it was coming from a really strange angle and just ripping across the rock shelf.” 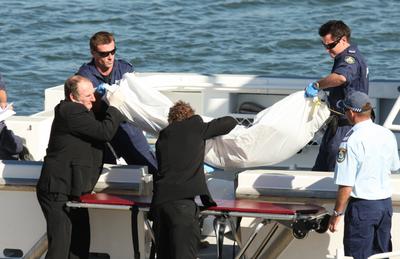 Just the weekend prior, a Korean man from Sydney’s northern suburb of Hornsby had died nearby, also while rock fishing.

At the time in 2010, the media reported that in the previous two years, 25 people had died rock fishing in New South Wales.  In the ’90s about half of all rock fishing casualties were of Asian background. Most went fishing often, but wore no life jacket, and encountered problems in rough conditions.

Then there are even calls for mandatory wearing of life jackets by rock fishermen.  Good luck with that one.

“All of the evidence shows that it is desirable and in the interests of public health and safety for the introduction of legislation requiring the mandatory use of life jackets by those engaged in rock fishing,” Ms Forbes said.

“The average annual number of rock fishing fatalities remains at seven to eight,” she said.

Thirty-five people (mainly Asian men) have died in NSW while rock fishing since 2012. Each rock fishing rescue by emergency services costs between $450,000 and $600,000.

So bugger the dumb bastards!

If arrogant Asians straight off the plane want to rock fish in storms then let ’em.  But drown in silence.

Asians rock fishers will froth watching this video – music and all.  Force 10 Gale – the only way to fish lads!

It’s about time Surf Rescue ignored rock fishermen with no life jackets.  The time, costs and risks to life savers should not be wasted on foreign fools. 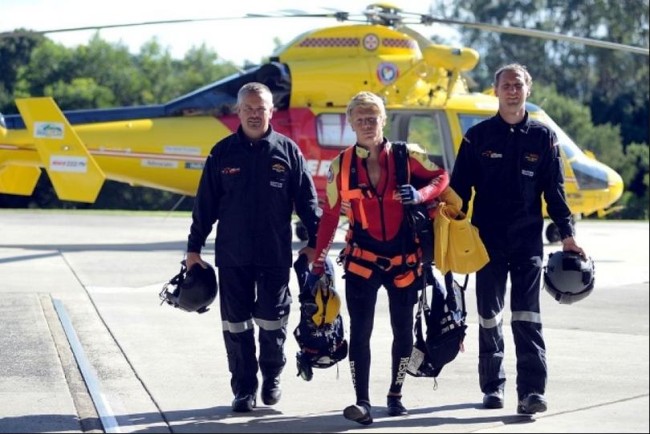 How many Asian Surf Rescue crews do you see?

They make good berlie for the sharks anyway.  If Asians are so keen on getting a big fish, they can readily drive from their Asian enclaves in northwestern Sydney to the Sydney Fish Markets and save everyone grief. 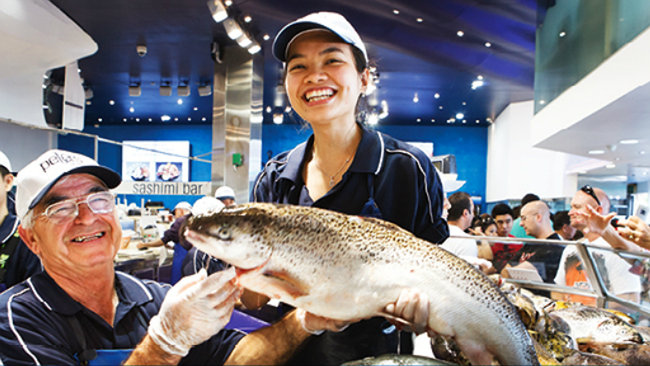