So who was the lead organisation funding the Bali Nine ‘Mercy Campaign’? 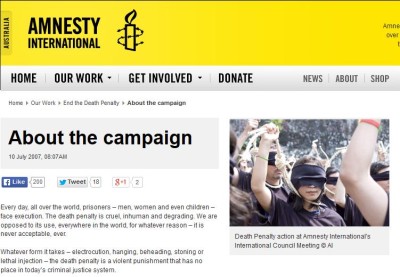 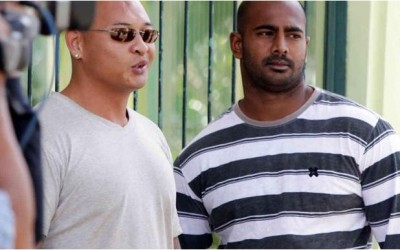 Chan and Sukamaran camp as a row of tents

Their pleas for mercy have become more urgent after six other drug traffickers, including five foreigners, were executed by firing squad at the weekend.

The petition aims ‘to send a message to the Australian government that the death penalty is not a solution,’ aid Amnesty’s crisis campaigner and human rights lawyer Diana Sayed.

Amnesty International to con funding claims it is perhaps the most prestigious international non-governmental organization (NGO) dedicated to furthering human rights.  Amnesty’s campaigns and publications are quoted by political leaders, journalists, diplomats, and academics. Amnesty has helped set agendas and influenced governments, as well as other international bodies such as the United Nations Human Rights Council (UNHRC). Founded in 1961 as a small, volunteer initiative by Peter Benenson, the London-based organization has evolved dramatically, today operating around the globe, with thousands of employees and a multi-million dollar budget.

Despite Amnesty’s influence, critical analysis of the organization and its activities has been limited.  The “halo effect,” which shields groups claiming to promote universal moral agendas and human rights from scrutiny because of a perceived impartiality, has insulated Amnesty from systematic critical assessment and reform, to its own detriment.

In 2014, Amnesty finds itself in the midst of unprecedented crisis. In late 2012, working conditions led to strikes in its London office and UK section. Internal reports acknowledged that in some regions, particularly in the US, the organization has lost influence along with a significant number of members. As NGO Monitor’s research has shown, the crisis is rooted in a number of structural problems, including consistent post-colonial ideological bias, a pronounced lack of credibility in research reports, moral inconsistency, financial instability and corruption, failure to act with transparency in critical organizational aspects, and friction between the London office and key national sections (particularly the U.S.).

The purpose of the detailed research is to contribute to a much needed independent assessment of Amnesty’s structure and activities. We present a brief overview of Amnesty’s founding, evolution, and current structure. On this foundation, we examine financial issues, including decreased funding (in part due to a significant drop in membership) and the myth of Amnesty’s rejection of government funds.

Additional sections deal with ideological and political biases and with the lack of professional methodology and credibility in Amnesty’s publications, which have further limited the effectiveness of the organization. In particular, these failures are illustrated in Amnesty’s relationship with Israel and its treatment of the Arab-Israeli conflict.

In the course of our research, NGO Monitor has found:

It has often been said that Amnesty International’s agenda tends to fit nicely with the political needs of the United States and Great Britain. Around the world, supporters of the Nicaraguan people’s struggle for self-determination were outraged by the timing of a 1986 Amnesty report critical of the Sandinista government, which helped Reagan push another Contra Aid appropriation through a reluctant congress, at exactly the moment when the anti-Contra movement was beginning to get serious political traction. With regard to South Africa’s apartheid regime, AI was critical of the human rights record of the South African government. However, as you will see below, AI never condemned apartheid per se. By the time Amnesty endorsed the Hill & Knowlton nursery tale concerning Kuwaiti infants pulled from incubators by Iraqi soldiers, many otherwise sympathetic observers of Amnesty’s work became increasingly alarmed. [This was the manufactured (false) incident used to start the first Gulf War — JW]

More than a decade of grassroots organization within Amnesty’s membership base finally succeeded just two years ago in moving the organization to take a position critical of the genocidal sanctions against the people of Iraq, sanctions which have killed approximately a million and a half Iraqis, one third of them children. According to Dr. Boyle, this delay was political, and it clearly served the interests of the U.S. and Britain, the two governments on the Security Council preventing the lifting of the sanctions. A recent search of the internet shows that AI Venezuela very quickly took up the U.S. line by charging President Chavez with crimes against humanity for the bloodshed during the recent failed coup attempt against his administration. Amnesty’s performance on the April 2002 massacre at Jenin is another blot on its frequently laudable record. As our readers are aware, the United Nations attempted to investigate the Jenin massacre, but was prevented from doing so by Sharon and Bush. The announcement on May 3, 2002 by Human Rights Watch of “no massacre at Jenin” effectively killed the story, although there was a lot of argument about what constitutes a massacre. No such arguments were heard when a suicide bomber turned a Passover dinner into a tragedy. This magazine will cover the topic of Human Rights Watch in a future issue. For this issue, we were fortunate to be forwarded the transcript of a June 13th [2002] interview with Dr. Francis A. Boyle, professor of International Law and former board member of Amnesty International. What follows is a shortened version of the transcript.” 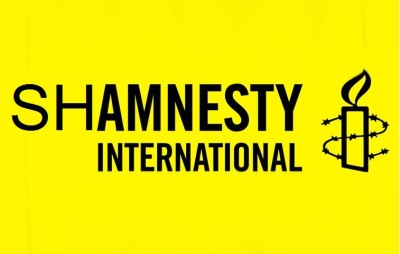 A SENIOR official at Amnesty International has accused the charity of putting the human rights of Al-Qaeda terror suspects above those of their victims.

In an email sent to Amnesty’s top bosses, she suggests the charity has mistakenly allied itself with Begg and his “jihadi” group, Cageprisoners, out of fear of being branded racist and Islamophobic.

Sahgal describes Begg as “Britain’s most famous supporter of the Taliban”. He has championed the rights of jailed Al-Qaeda members and hate preachers, including Anwar al-Awlaki, the alleged spiritual mentor of the Christmas Day Detroit plane bomber.

Amnesty’s work with Cageprisoners took it to Downing Street last month to demand the closure of Guantanamo Bay. Begg has also embarked on a European tour, hosted by Amnesty, urging countries to offer safe haven to Guantanamo detainees. This is despite concerns about former inmates returning to terrorism.

Sahgal, who has researched religious fundamentalism for 20 years, has decided to go public because she feels Amnesty has ignored her warnings for the past two years about the involvement of Begg in the charity’s Counter Terror With Justice campaign.

“I believe the campaign fundamentally damages Amnesty International’s integrity and, more importantly, constitutes a threat to human rights,” Sahgal wrote in an email to the organisation’s leaders on January 30. “To be appearing on platforms with Britain’s most famous supporter of the Taliban, whom we treat as a human rights defender, is a gross error of judgment.”…