Why?  Why a political party so particularly more about Pauline than its representative social platform?

What happened to representing the interests of Oxley since 1997? 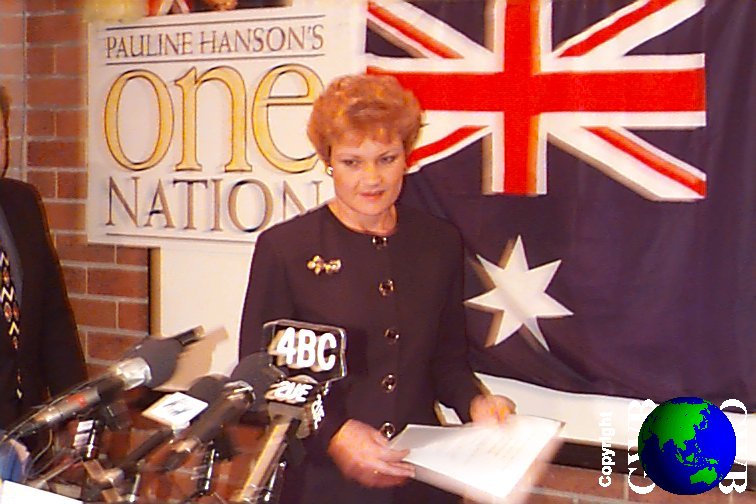 So has Pauline Hanson’s One Nation been re-registered as a Federal party by fraud?\

This question is now well and truly an issue and has been placed before the Australian Electoral Commission (AEC), not because we were up to tricks – but because we had to.

On April 29, the AEC issued Australia First Party with our official notice of an “intention to de-register the party”.

Amongst other alleged sins on our part, it was said that “nine members” were in fact “members of other parties”. Upon enquiry, that was said to be – One Nation. Had we done something wrong?

No, they were not members of One Nation. Years ago, maybe, but not now.

So what had happened? It would seem that during the recent re-registration process of One Nation, Rod Evans, its Registered Officer – had claimed them as members.

He took a real chance in that. What if any of them had been spoken to by the AEC? Was he desperate to create a list?

It has since been brought to our attention that members of the One Nation (Western Australia), a former branch of the party which Evans and Hanson dis-fellowed in 2013, have also been claimed as members. An email circulated to One Nation (Western Australia) members asked them to confirm their membership if contacted by the AEC. Given the chaos and uncertainty which have attended One Nation in the last few years, what if some did?

We intend to ensure that our party registration is secured.

If that means we are obliged to allege wrong-doing by the Hansonites, then so be it.