[by Dr. Jim Saleam and others].

‘Andy’ Hutchings, chief editor of the anarchist Slackbastard website, was obliged to of late publish a letter of protest at the conduct of his mates at the Black Rose bookshop and anarchist ‘collective’ in Sydney.

“Ray Jackson of the Indigenous Social Justice Association (ISJA) has written an open letter to the Black Rose anarchist collective re their participation in the TJ Hickey march that took place in Sydney on the weekend. I thought I may as well republish it here.”

We provide the link at the leftist Bush Telegraph:

We shall not comment on the rights and wrongs of any Aboriginal attitude on the matter of the death of a Redfern Aborigine T. J. Hickey some years ago. Aboriginal groups come together annually and stage a commemoration march. We cannot say that is not their right.

But last Saturday, again, the Sydney anarchists appeared. They behaved in a certain way. 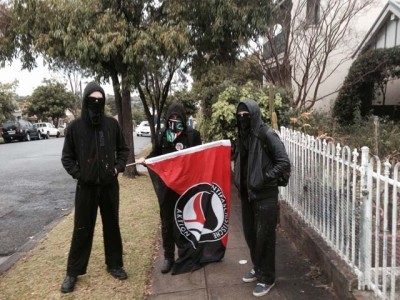 Ray Jackson has written (as he composed it and upon his logic):

“your actions last saturday, 14 february, 2015, have once again given power to the redfern police to shut down the tj hickey marches entirely.
i do not know your names individually and i have no wish to do so. if that offends you as individuals then it is as nothing to the offence you have caused the hickey family, but especially his mother, gail hickey. great offence.

I take full responsibility for the stand-off but not for the actions of the anarchists who deliberately crash our marches and rallies and create chaos. they must stop and recognise that by their actions they are doing the work of the redfern police and how that is advantageous to their collective is absolutely beyond my understanding.

2016, if i am still here, i will put another s1 into the redfern police. it will be rejected by them and another court case will probably ensue whereby i will once more go through the foul process of outright lies, spin and innuendo. but i shall also be legally clubbed with this years action of the black rose anarchists, and the year before that, and the year before that.

However, it would seem – according to Jackson – that the anarchists disrespected the family of the dead youth, used the march as a vehicle of their own agenda, created a chaotic situation which disadvantaged the marchers with the public and the police and provided evidence that further protests should not be held.

Mr. Jackson asks: “just who is using who?”

That is the operative point.

We have said, over and over, that the anarchists, particularly the Antifa (or Anti fascism) section of the anarchist movement, may not be fully aware of the manipulation applied upon them. Yet, manipulated they are.

Hutchings is the prime manipulator. Who is Hutchings if not a coward given pseudo anonymity by the biggest capitalist and state media and paraded around as an ‘expert’ on people like Australia First Party? Why would the Saturday Paper and the ABC be so obliging to him? Isn’t he supposed to be an anarchist revolutionary who wants to ‘destroy capitalism’?

It often happens that the activities of extremist groups offer an opportunity to other players. Hutchings has specialized in inciting the Antifa anarchists against people he characterizes as “fascists”. Yet in this circus, the anarchists who are supposed to believe in the emancipation all of us from every variety of oppression, play a funny game. They say that before they can lead this revolution of wonder and freedom, they must first deal with us. They say they must crush those ‘fascists’. And so they go off to do so, a convenient black-clad army of useful idiots, attacking people, damaging property and restricting as best they can our democratic rights – while the very system they say they oppose, carries on. In effect, they do the globalist capitalist system’s dirty work in the here and now; yet, at a glance it might be thought by the uninitiated that there could not possibly be any link between the established system and the revolutionaries? But of course, the link operates in secret and through filters. Slackbastard is one of the filters that directs the activists.

The useful idiots don’t connect the dots, even if some other leftists and even some ex anarchists have started to ponder what the anarchist movement is doing.

The experience of the Redfern Aborigines with the anarchists is just another point. Given that they are to be pushed off ‘The Block’ by Chinese property developers, we must ask: have the anarchists been played just to make the Aborigines look like big fools and troublemakers who don’t deserve any sort of hearing about anything. If the Aborigines see that the anarchists are setting them up, then we think that must be a good thing.

Time for our black folks to stamp on the Black Flag of anarchism and get Hutchings and his Black Rose comrades right out of Aboriginal politics. 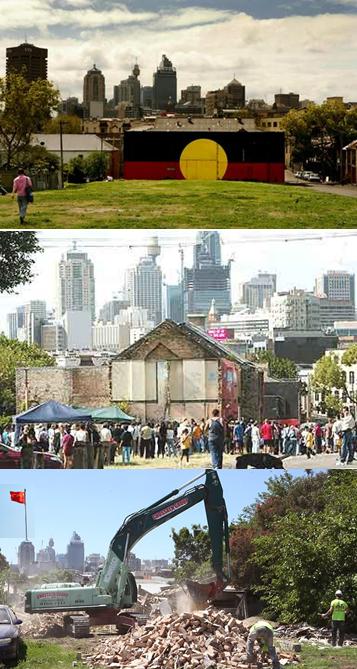