Indeed Mr Ross Mulquiney, it does appear that all is not going very well in the New South Wales Riverina. 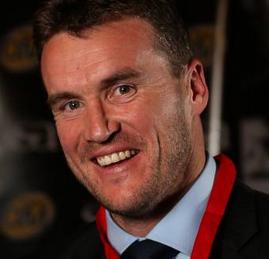 It has come to the attention of Australia First Party Riverina that we have a case of organised illegal activities, or racketeering-influenced organised crime, operating close to home.

It would seem that Wagga Wagga Council General Manager, Mr Alan Eldridge, is tied into this mystery or conspiracy? This local racket headed by Hargraves Secured Investments Limited (Yarrawonga) is finished.  The games up!

A composite of crime made up of various parts and elements have been uncovered by a savvy Riverina farmer Mr Darren Ciavarella. Mr Ciavarella and his family are also victims of the Hargraves racket.

How many Aussie Farmers are also victims of these criminals?

Were Hargraves Secure Investments Limited, in particular Mr Mulquiney and his criminal associates, operating to a time frame when they went for Mr Ciavarella and his family?  Was this obvious sense of urgency and haste, a type of desperation to foreclose on ‘Midgee’ that sent alarm bells ringing. It wasn’t long before the racket was realised. In all this haste and desperation, Mr Mulquiney and his criminal associates got sloppy and their criminal activity became brazen.

Did Mr Mulquiney play out this sick plan for personal gain and a type of disturbed sick pleasure over the Ciavarella’s demise that he had personally engineered?  When Matteo Ciavarella passed away, Mr Mulquiney moved in (standard script) and embezzled the water funds. A forensic examination of the files pertaining to this case make for alarming reading. We wonder why Mr Mulquiney and his friends are not in jail as large-scale fraud features throughout this case?

Mr Mulquiney made a mistake he assumed (as all con men do) that he is smarter there?

The tone of Mr Mulquiney’s correspondence to the Ciavarellas says it all. We promise all the files are being uploaded to the internet. Will they
go viral around Riverina readers?

The stress of years of ongoing victimisation has taken its toll on the Ciavarellas.  Shirley Ciavarella suffered unimaginably at the hands of Hargraves Secured Investments Limited. Not only was Shirley facing the loss of three generations of farming to the racketeers, Shirley’s health suffered badly.

Darren Ciavarella has also suffered personally at the hand of these criminals, but is happy to report he is doing well. We are not concerned for
ourselves with the veiled threats to remain silent on these crimes because Mr Eldridge is allegedly  a very powerful and important man.

So what?  To us, Mr Eldridge is a common criminal and a bully. What was Mr Eldridge doing trespassing on Mr Ciavarella’s then property at Midgee on November 1, 2014?  Who were the two people from Queensland Mr Eldridge unlawfully trespassed with at the Midgee farm property? Eldridge on the phone to Mulquiney/Hargraves Nov 1, 2014 trespassing on Mr Ciavarellas property.

Eldridge brought two prospective buyers with him to Mr Ciavarella’s farm.  The farm was not publicly listed for sale so how did Eldridge know to take buyers there and on whose authority and on whose behalf was Eldridge acting?

Indeed, Mr Mulquiney, it does appear that all is not going very well.  Up to date the court proceedings have largely been farcical with Mulquiney showing contempt for the court and the law of the land without compunction and Darren Ciavarella yet to provide the evidence of Hargraves Secured ultimately the court will not be pleased with Mr Mulquiney and his friends.

Indeed Mr Mulquiney, it does appear that all is not going very well!

Mr Ciavarella would like to know – How can a lender take a Farmer to Farm Debt Mediation with a Section 8 notice, while holding $180,000 of his funds in a trust fund and simultaneously asking for $30,000 payment on the loan? Mr Mulquiney sees no problem with this or anything else he and his friends do.  Mr Mulquiney has a carefree attitude to destroying good people’s lives.

We call for immediate action from our authorities on this matter. Mr Mulquiney and associates must face the full force of the law.

Mr Ciavarella and his family deserve justice and compensation for what these racketeers have done to them.

We fight until victory!

We call for the establishment of an anti racketeer law in the form of America’s Racketeer Influenced and Corrupt Organizations Act – with power to investigate such deplorables as Mr Mulquiney and his associates!