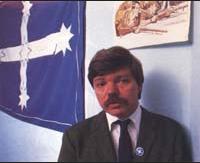 National Action intentionally had no representatives in any Australian parliament, at either state or national level. Its ideology dictated that it remain outside the “political system”.

National Action was a strong advocate of White nationalism, barring further immigration to preserve a “predominantly white nation resistant to… watering-down of its culture”. Its policies included the deportation of asylum seekers and the termination of Aboriginal native title, against globalism in all its forms – Communism/Zionism/Imperialism, and committed to halting the United Nations-led New World Order threatening Australian national independence.

The party was falsely and maliciously accused by the mainstream conservative and leftist parties (Liberal and Labor) of being a neo-nazi party, as an attempt to silence and vilify it and its nationalist members.

Jim has acted as a mentor for associate entity the Patriotic Youth League. 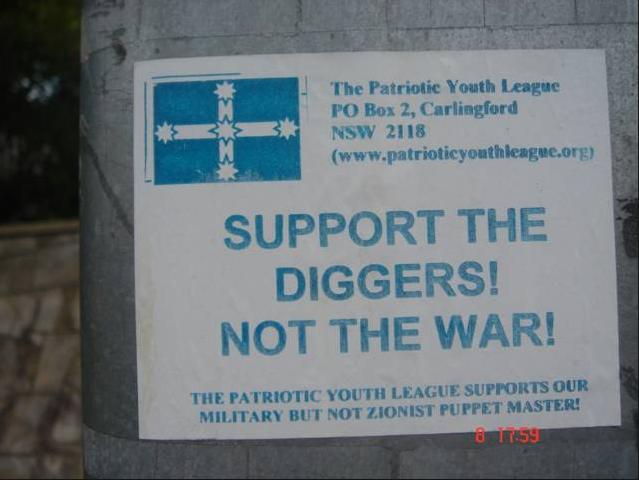 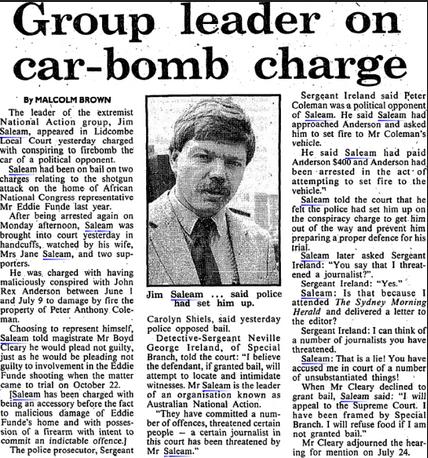 Jim pleaded not guilty to both charges, providing evidence that the charges were fabricated and a political stitch up by the Liberals in cahoots with corrupt Special Branch.  Jim wrongly served jail terms for both crimes and maintains his innocence to this day.

On his release from prison, Jim went on to earn a PhD in politics from the University of Sydney in 2001 publishing his thesis entitled ‘The Other Radicalism: An Inquiry Into Contemporary Australian Extreme Right Ideology, Politics And Organization 1975-1995.’ 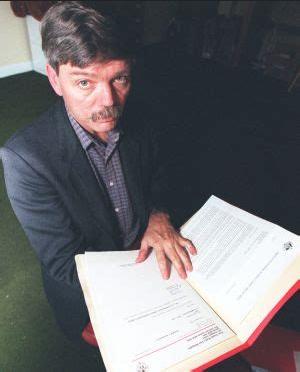 National Action was a precursor to the Australia First Party which was established by independent politician Graeme Campbell MP in 1996, out of disaffection with the Labor Party.  This was mainly Graeme’s nationalist opposition to Labor’s policies of perpetual mass immigration and of Aboriginal apartheid land rights over White Australians.

Further details may be researched from Dr Jim Saleam’s thesis, particularly in its Chapter 5 on the AFP official archive website. 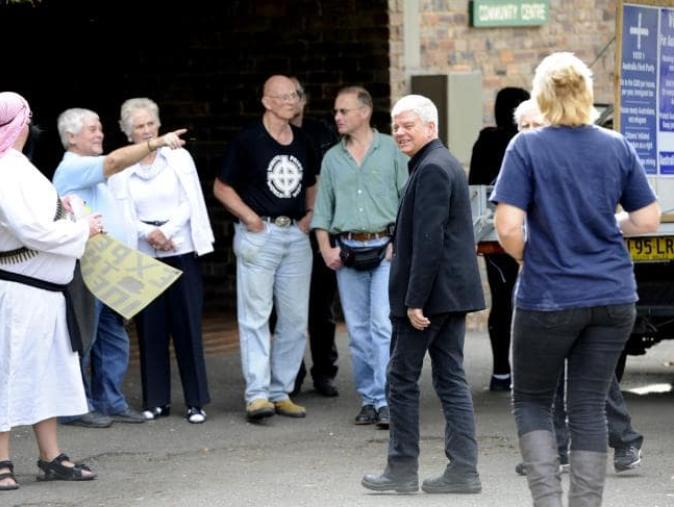