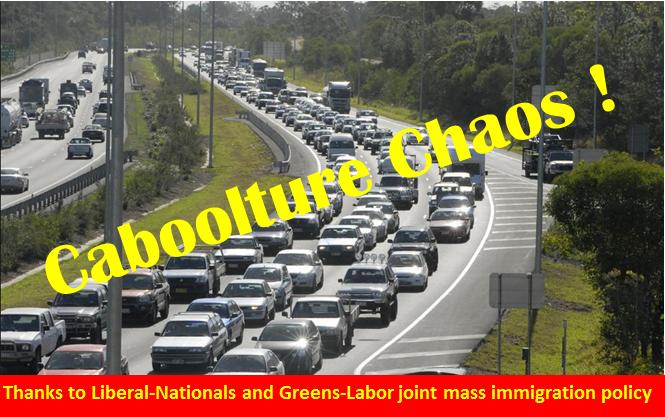 Ethnic road congestion around Caboolture in Queensland’s Moreton Bay Region has become a daily shocker.  It’s all encouraged by Greater Brisbane developers corrupting politicians and by Canberra’s ‘Big Australia‘ growthist lunacy.  But it’s frankly beyond a joke. Trains are overcrowded, highways are clogged every day, child care centres are full because of immigrants getting humanitarian preferential priority.

Yet Cabooture’s once rural community is now copping an ICE invasion that is enraging and killing the locals.  Caboolture Magistrates Court has become one of the busiest in the nation. 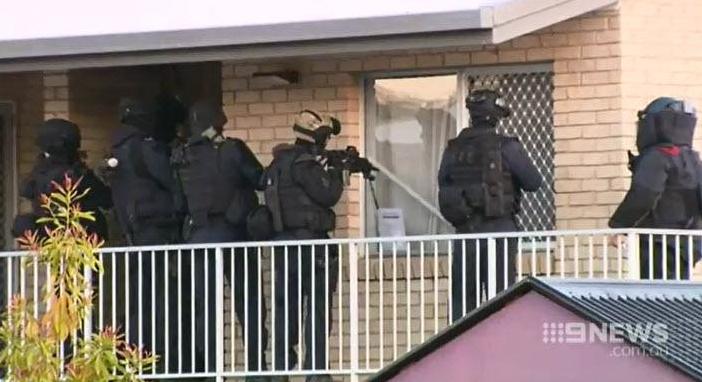 Caboolture’s relatively low-cost housing and proximity to Brisbane has made it a haven for outlaw motorcycle gangs who deal in drug manufacture and trafficking, mainly ICE (methamphetamine).   Queensland Police have the Moreton District Criminal Investigation Branch in northern Brisbane and have made multiple arrests and drug seizures over recent years, particularly in the Caboolture area to the north.  The Caboolture chapter of the Nomads and Lone Wolf bikie gangs have been behind much of the trafficking and supply of ICE in the area.

This criminal trade has brought with it numerous firearms offences, home invasions, bashings, murders and armed robberies around Caboolture as well as adjoining Redcliffe and Moreton areas.

This driver was psychotic on ICE as he thumped the windscreen of a local tow truck on the on the Bruce Highway at Caboolture in February 2016. 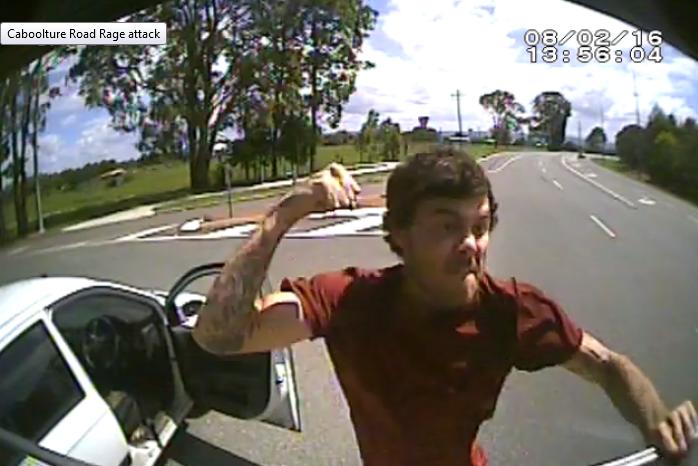 The 27 year old then kicked the driver’s side door and tried to land several blows on the 48-year-old driver, yelled abuse then drove off. Queensland Police charged a 27-year-old Caboolture man with assault and wilful damage.

The same man staged a siege in McMillan Street nine months later holding a young mother and her child hostage. He was later charged with two counts of deprivation of liberty, one count each of enter premises with intent, armed robbery, unlawful use of a motor vehicle, assault police and wilful damage.

Such is the criminal scourge that is ICE epidemic contaminating and destroying Caboolture and thousands of communities around Australia. It is the most destructive drug on the illicit market, in its physical effects, mental effects and behavioral effects and long term effects on the users, families and communities. It may as well be Ebola or a Chinese invasion.

Three ICE dealers Tallen Steven Hames (25), Sean Owen Denning (35) and Maddison Paige Brown (20) were involved in a ICE-fueled shootout in Caboolture over an outstanding drug debt.  One was shot in the face.  Hames had been on parole at the time for two other violent home invasions.

A group of men in March 2018 threw a petrol bomb through the window of a house in Vievers Street Caboolture an ICE debt.

On Christmas Day 2012 two brothers Anthony David Joseph Phillips (29) and Douglas Allan Phillips(25) and two other males bashed to death 43-year-old Robert “Jessie” Jordan at their family home in Morayfield, south of Caboolture, who they reckoned had assaulted one of their relatives.  They were ICE affected.

Just before Christmas 2010 Anthony Charles Oliver in a jealous ICE-fueled rage tried to cut the throat of his friend Norman Desmond Cheney before shooting him in the back of the head before concreting the body in a 44-gallon barrel on the other side of Lake Wivenhoe.  Oliver wanted Mr Cheney out of the picture so he could continue his three-year affair with wife Trichelle Cheney.

In the early hours April 4 2008, Allan John Wort (42) was strangled to death during a brawl involving Ross Dylan Hunt (23), Hannanman “Hamish” Hunt (21) and another man at the Caboolture RSL.  One member of Hunt’s group allegedly took offence at a comment made by Mr Wort’s son Timothy, sparking a violent brawl.   Affected by ICE, the two Hunt men first attacked Mr Wort’s son, knocking him unconscious, before turning on Allan Wort, repeatedly kicking and punching his head.  The Hunts then dumped Mr Wort’s body in a nearby lake.

One in four reports to Queensland’s Crime Stoppers for suspicious or criminal behaviour relates to ICE.  Of the near 57,000 anonymous reports made in 2017, two-thirds were linked to drug-related crime according to Crime Stoppers statistics.

“What bothers me is the volume of ice-related calls that continue to come through the service,” Crime Stoppers chief executive Trevor O’Hara told reporters. “One in four (calls) someone is talking about ICE, be it a local neighbourhood, in their family, in their circle, in external circles.” 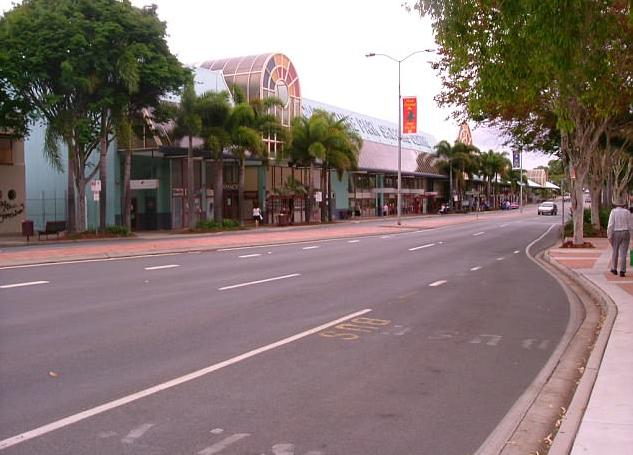 The impact on communities is devastating.  Community workers in Caboolture say the ICE problem is so severe, pre-teens are presenting with ICE since drug dealers are lacing marijuana with ICE to lure children as young as 10.

Lives Lived Well clinic manager Leah Tickner says Caboolture is one of the country’s worst hotspots for ICE addiction, and now drug dealers are trapping children.  Ms Tickner said dealers were even selling the life-altering drug inside schools.  She said her clinic was inundated with young people addicted to the life-shattering drug, including young mothers.

This is all happening under the watch of Labor’s local member Susan Lamb, who has done nothing for Caboolture, Beachmere, Bribie Island, or Burpengary across the Federal seat of Longman. She just seat warms Labor’s senate seat and scams $200,000 a year off taxpayers.

“i have lived in Caboolture now for 15 years now and i have never seen as much chroming, thieving, violence,house break in’s and domestics, and juveniles ruling the neighbourhoods .
Where are the police in all this.???? are we lacking in funds or police in this community?
I understand that the Caboolture police have other matters to attend to but this is becoming out of control and i feel if we don’t some how try and nip it in the butt now it is only going to get worse.
To make it alot easy the police should join forces with a program called city safe where they can patrol the streets to make the police jobs alot easy or maybe a curfew should be put in place for any child under the age of 18 out on the streets after 7pm with out legit reason get community service and give back to the community.
I myself being a responsible parent deciding to take my 5-year-old child out to centenary lakes one afternoon to feed the ducks to see a 17-year-old walking around freely chroming from an old coke bottle filled with paint. I had found that hard in having to try to explain and try to come up with some story to my daughter in what this lady was doing?…
It is disgraceful.

Also along Morayfield road there are abandoned trashed houses that have been vandalised and destroyed and what is being done about it. It’s a shame to see once a nice Shire slowly being taken over and destroyed by kids and young adults that have no respect or ethical moral attitudes for the respect for others belongings or in other people in general.
There are people who I’m sure that are with me on this factor.

I cant be the only one out hear that see all this… There is a problem out there that needs to be fixed as fines and a slap on the hands are not working any more.”