Another leftard agenda, killing palliative patients, has been approved by Dan Andrew’s Labor state government in Victoria.  The Greens are leading the charge, supplanting ISIS as da new death cult.

Last week, Victoria’s Upper House passed voluntary euthanasia laws which is a first in Australia.  Dr Dan Death played it down by terming it the ‘Voluntary Assisted Dying Bill 2017‘.  All da five Greens backed it (it was their idea), plus eleven Labor government MPs, and four Liberals.

Under the legislation, terminally ill Victorians will be able to obtain a lethal drug within 10 days of asking to die, following a three-step request process involving two independent medical assessments.  It’s just a notch up from putting a nuisance dog down at the vet. 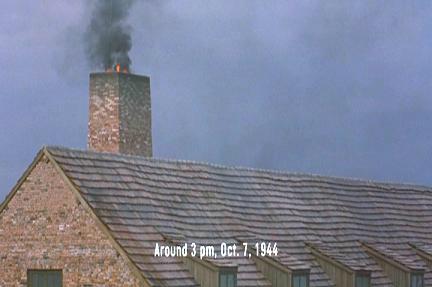 Dan Andrews: back then efficient mass murder was dubbed a ‘holocaust’

Christian conservative Bernie Finn said the Andrew’s Labor government would be responsible for “setting up the death industry in Australia”.

“Remember that the Nazis went after the disabled. Then they moved to the non-disabled, lest you think that you could never be on the chopping block.” Liberal Inga Peulich was provocative. “I do not consider voluntary assisted dying to be medical treatment. It is a final solution.”

Victoria is set to become a terminally convenient place for palliative care patients – mainly the elderly – as efficient as the nazis were.

Dr Death knows that ageing Victorians are pushing up aged-care costs.  Nationally, costs are expected to double to $26 billion a year in less than a decade, as the number of Australians aged 65 and over triples by 2050.  The Greens just say, “just kill ’em, replace ’em with Third World breeding migrants who’ll vote Greens-Labor“. 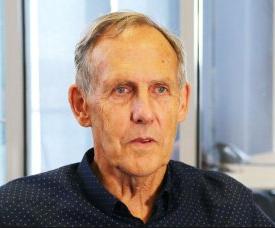 What’s 73-year-old Greens founder Bob Brown think of all this?

Typically, three drugs are used in lethal injection. An anesthetic such as sodium thiopental or pentobarbital is used to induce unconsciousness, pancuronium bromide (Pavulon) to cause muscle paralysis and respiratory arrest, and potassium chloride to stop the heart.

This Greens eugenics cocktail could be kept in a locked box under the patients bed. 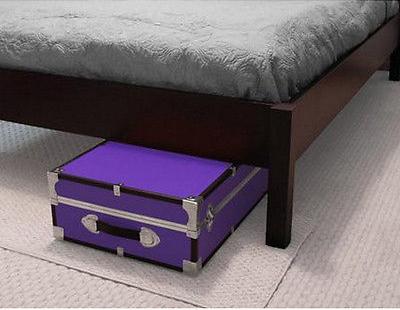 St Vincent’s Health Australia chief executive Toby Hall has said the Andrews government’s euthanasia model is flawed and vulnerable ­patients would be put at risk by the proposed legislative changes, which he described as a “cheap economic way out”.  He accused the government of taking the cheaper option to “give someone a drug and kill them” rather than providing sufficient palliative care for the majority of Victoria’s terminally ill.

St Vincent’s is Australia’s biggest Catholic non-for-profit healthcare provider, owning four hospitals in Melbourne, including the publicly funded St Vincent’s Hospital Melbourne, which has 880 beds, employs 5000 staff and last year treated 54,000 inpatients.  It runs a dedicated palliative care facility in the east Melbourne suburb of Kew and jointly operates a palliative care centre at St Vincent’s Hospital in Melbourne, which plays a major role in research and education in Victoria.

“We will never provide assisted suicide in our hospitals; our clinicians will not provide it and will not be able to provide it and we will not allow it in our aged-care facilities either,” Mr Hall said.

“Our organisation knows about palliative care and aged care and we know how often vulnerable people are coerced by their families into making difficult and bad decisions. Mr Hall said coercion would often be inconspicuous and difficult to prosecute.  There will be a number of people who will feel it is better off for the family if they are not there and they may feel ­coerced into it.” 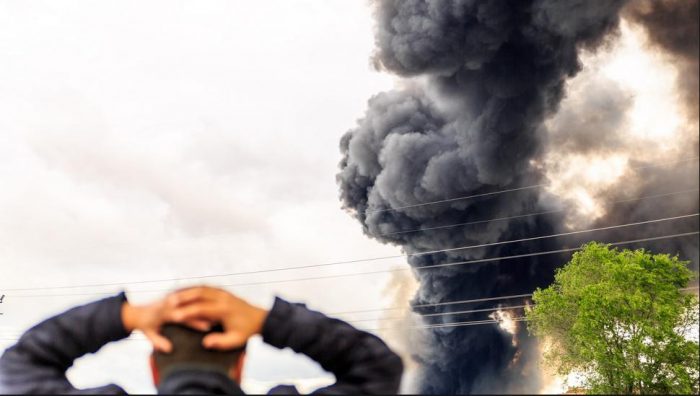 “Well Mum and Dad had reached their use-by date.”

“There is an assumption that all doctors are an expert in how soon someone is going to die,” Mr Hall said. “The only people who have got the skill to do this work are very highly qualified, technical (palliative care) experts.”

The term “aged care” appears only once in the Voluntary Assisted Dying Bill 2017.

This in itself is a significant indicator that the Andrews government has failed to consider the likely impact of this Bill on the 60,000 or so Victorians with complex care needs due to a high burden of chronic disease who are living in residential aged care facilities.

There is currently a lack of palliative care services for people in residential aged care.

Palliative Care Victoria has called for an investment of $13 million per year to provide for one specialist palliative care team per 33 residential aged care facilities. The team would provide proactive and responsive specialist clinical support for aged care staff and GPs caring for residents with complex needs.

Neither the $140 million extra funding for Palliative Care Victoria pledged by the Liberals and Nationals on 21 August 2017 nor the $55.65 million announced in a door stop by the Attorney General Martin Pakula and the Minister for regional Development Jaala Pulford cover this specific funding shortfall identified by Palliative Care Victoria.

Recently, national attention has been drawn to the tragic reality that up to 40 per cent of people in aged care homes never get visitors. Palliative Care Victoria has estimated that up to 6,000 Victorians living in residential aged care are expected to be eligible under the Bill for access to assisted suicide or euthanasia. 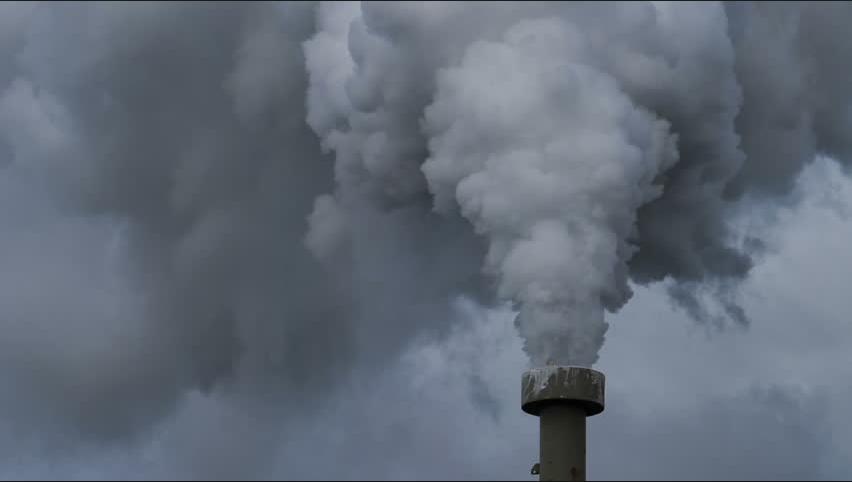 Legalising assisted suicide poses a particular threat to older Victorians who are living with loneliness in an aged care facility.

The Bill does nothing to ensure that a lonely person in an aged care facility who has been supplied with a suicide poison doesn’t take that poison one day without telling anyone else. Perhaps because a relative has failed to come to visit or a staff member was rude or their favourite TV program was cancelled.

How easy it is for leftards to entice a culture of death, instead of tackle inadequacies in government handling of palliative care.  State-sanctioned assisted suicide legislation compounds the spate of elder abuse in outsourced aged care facilities run at a corporate profit for shareholders.

Euthanasia is an easy, cheap and dangerous way out of addressing palliative care funding while risking the lives of vulnerable people.

“Victorian parliamentarians have taken a backward and dangerous step today that should be rejected by all other jurisdictions.”

But now that Victoria has done it, Greens Leader Richard Di Natale is hell-bent on now pursuing a national euthanasia bill in 2018, using Victoria’s successful legislation as its base.   The Greens want to streamline Australia importing drugs used for voluntary euthanasia. 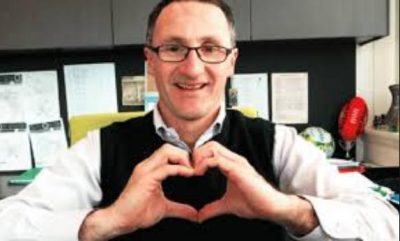 Golly in a suit

He’s all but got his deviant marriage wedge for Third World golliwog adoption and surrogacy. So it’s on to killing the oldies to make way for breeding Third World migrants and chocolate babies.   Of course leftard Labor’s health spokeswoman Catherine King supports assisted dying.  Greens-Labor are in leftist globalist coalition.

The Left well knows that to undermine a nation’s people you undermine its monocultural society and its traditional culture.  You start with undermining the family unit and family values.  They’ve begun corroding young Australians by imposing leftist curricula in schools and by intimidating teaching staff to deliver their diversity, gender fluidity propaganda, else be bullied and ostracized as a ‘racist’.  They’re letting in 300,000 migrants every year.  They’re imposing multicultism in workplaces.  The public service is ethnic saturated.  They’re censoring native dissent with anti-White laws.

Now their eliminating senior Australians from voting by just killing them.

What more can the anarcho-leftards do to destroy White Australia and the traditional family? 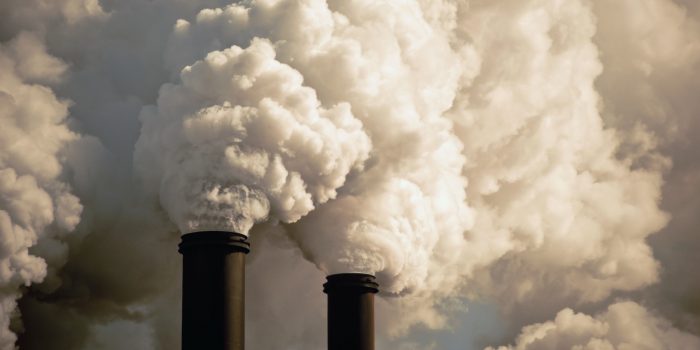