Gladys Berejiklian has resigned as NSW Premier. The ICAC is inquiring into her relationship with disgraced former Wagga Wagga MP Daryl Maguire. Questions are to be asked about whether she used her position to facilitate deals favourable to her shonky ex. Well, we have a question about a fraudulent matter that took place during Dazza’s watch.

A local Narrandera farmer was defrauded of his farm Midgee situated next door to the Narrandera airport in the NSW Riverina. Leeton Solicitor Mark Del Gigante had worked hand-in-glove with Ross Mulquiney and John Gorman, Directors of Hargraves Secured Investments, Yarrawonga.

Daryl Maquire’s business associate and forensic accountant Alan Eldridge set up burner companies to see the fraud through and launder the stolen property.

GRTAJ Pty Ltd was set up by Alan Eldridge and a funny frontman was the public face of the fraud – James Madden. A ghost loan to GRTAJ Pty Ltd was established in concert with Hargraves with the sole function of laundering the property. Another holding company was registered just before moving the property on, Yamba Rural Pty Ltd with Phil Townsend as frontman.

It is important to note Yamba Rural has consolidated all necessary land required to upgrade the airport to international.

Rumours swirled that Daryl Maquire and Alan Eldridge were brokering a deal with someone around the farm Midgee. Alan Eldridge was caught out trespassing on the farm just before it being laundered through his GRTAJ Pty Ltd company. Can Gladys Berijiklian enlighten us on this issue?

At the same time, the local farmer was being asset-stripped and defrauded by the local good ol’ boys. Dirty Dazza was up to his neck in criminality with his G8way International company and his friend Jimmy Lui’s UWE HAY Pty Ltd company actively defrauding farmers in the Riverina area and Chinese pensioners in China.

Gladys said she didn’t know what UWE Pty Ltd was. It’s hard to digest this statement when Gladys met with other criminals in Wagga Wagga masquerading as businessmen; a meeting that Maguire set up for Gladys.

Gladys’s denial of any knowledge of UWE HAY Pty Ltc doesn’t pass the pub test when we listen to the ICAC phone recordings between her and Dazza. We hear Gladys clearly say to Dazza, “they think it’s in your electorate, I didn’t say anything.”

Did anyone alert the Wagners to the serious problems attached to the Narrandera airport before inviting them to invest in a feeder airport at Narrandera for their Toowoomba operation?

Were the fraudsters pulling the wool over the Wagners’ eyes on the matter out of unadulterated greed to line their own pockets?

There is no suggestion the Wagners are involved in the fraud,  the question is were the Wagners to be defrauded too and what did Gladys know of the issue? ■ 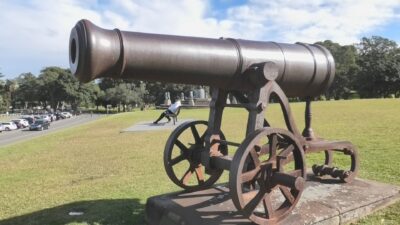